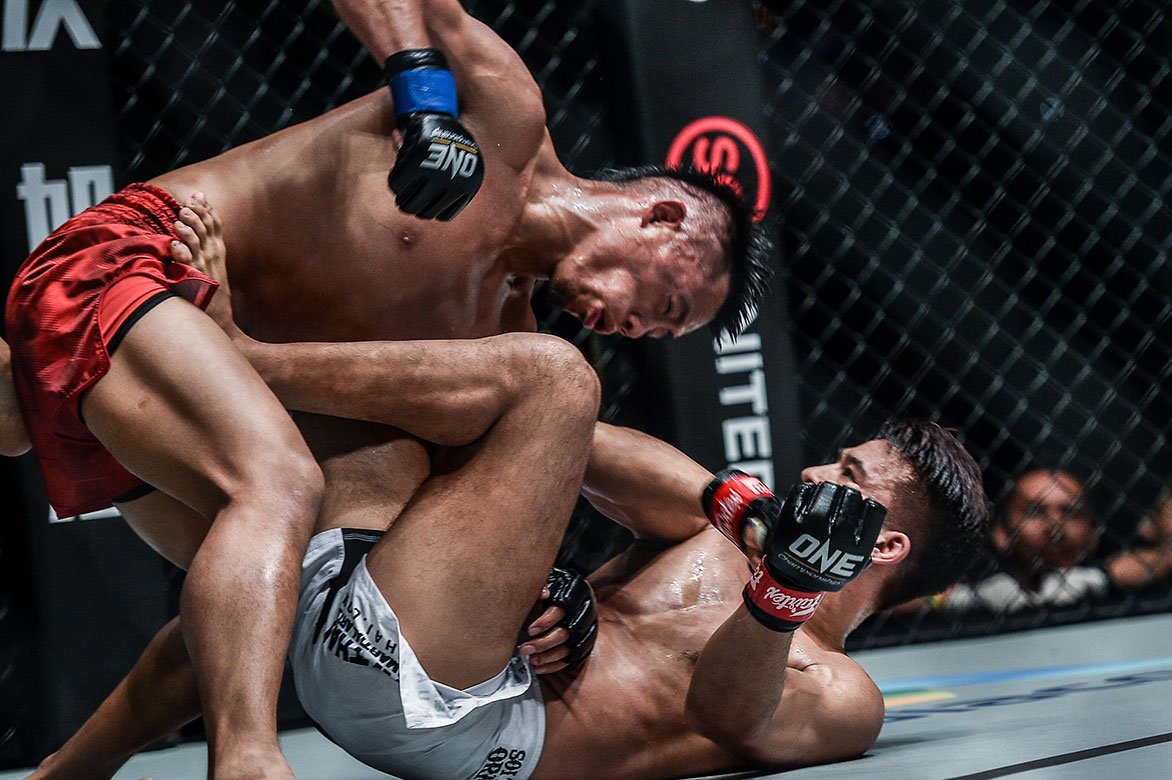 Honorio “The Rock” Banario made a name for himself in ONE Championship with his top-notch wushu striking and powerful right hand.

So a lot of fans were surprised when Banario grappled his way to a razor-thin split-decision win over Shannon “OneShin” Wiratchai at ONE: King of the Jungle at the Singapore Indoor Stadium last Friday, February 28.

From the opening bell, “The Rock” opted to take his Thai foe to the ground whenever he had the chance – a totally different approach from his previous matches.
Team Lakay head coach Mark Sangiao said they just wanted to test how the Judo Black Belt would fare with Banario’s constant pressure, and then take it from there based on Wiratchai’s reaction.

The result certainly spoke for itself.

“Our game plan was to try and dominate and overpower Shannon on the ground, because we all know his striking prowess. We worked on that first and it happened,” Sangiao said.

“The moment Honorio felt that he could overpower Shannon, we stuck with that game plan until the end and it worked.”

Sangiao was proud of how the former ONE Featherweight World Champion made his return to the weight class, especially since it has been nearly six years since the Mankayan, Benguet native competed in the division.

For the soft-spoken head coach, Banario implemented their strategy to near perfection because of the hard work he put in during training camp.

Admittedly sluggish and heavy in the lightweight division, “The Rock” trained hard and it showed with his conditioning and movement in the Circle.

“It’s a good start for him. He came from this division, and personally I noticed that he has worked a lot harder this time,” Sangiao said.

“I saw that his work rate in training has really doubled during this run.”

If Banario stays this hungry and motivated, Sangiao expects a lot of big things for him in the future.

Heroes Of ONE: KING OF THE JUNGLE Show Respect On Social Media