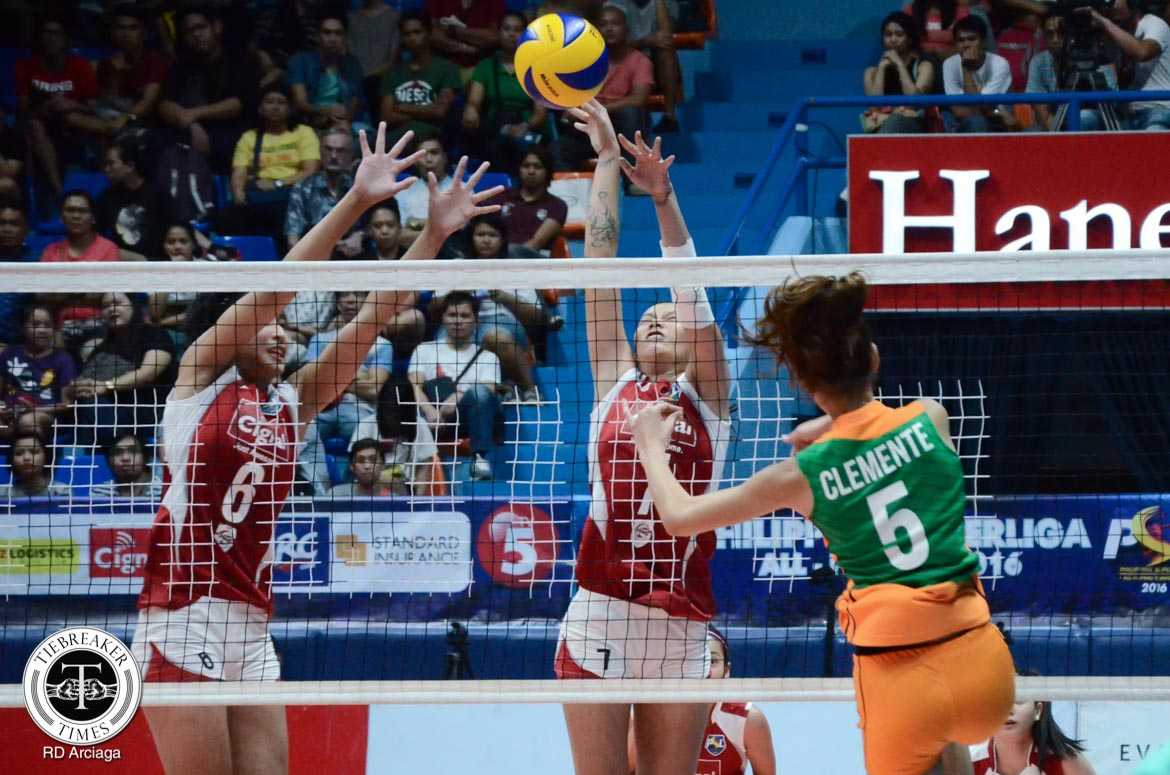 The Cignal HD Spikers (2-5) grabbed only their second win of the conference against the Amy’s Kitchen-Perpetual Spikers (0-7) in straight sets, 25-21, 25-12, 25-21, to close their first elimination round in the All-Filipino Conference of the Philippine Superliga 2016, Saturday at the Filoil Flying V Centre.

Cignal head coach Sammy Acaylar said although he is dissatisfied with their standing in the competition, he has already accepted their fate.

In a tight opening set, the teams were separated by a lone point, 17-16 in favor of the HD Spikers. Attacks by Ranya Musa, Chery May Vivas and a block on Amy’s Kitchen team captain Cindy Imbo, then added to Cignal’s advantage.

They used the momentum to take the set, 25-21, even after a comeback scare led by Lady Spikers’ middle blockers Lourdes Clemente and Colleen Bravo. A drop ball by setter Djanel Cheng and an ace by Janine Navarro closed the set for Cignal.

Amy’s Kitchen-Perpetual trailed by six, 10-16, coming into the second technical timeout of a lopsided second set. The HD Spikers, then, went on a 9-2 run capped by back-to-back aces by Cheng and a quick attack by Jeanette Panaga to take the set, 25-12.

Cignal made sure to not let their younger counterparts to gain momentum and ended the game in the third set, 25-21, via Vivas and Panaga’s leadership.

Panaga led all scorers with 18 points off 12 attacks, five blocks and an ace, while Vivas had 10 markers off nine kills. On the other hand, Imbo led Amy’s Kitchen with 13 points off 12 spikes.

Both squads will be entering the second round in Group B. Acaylar said his team is not letting their standing get in their heads and affect their gameplay.