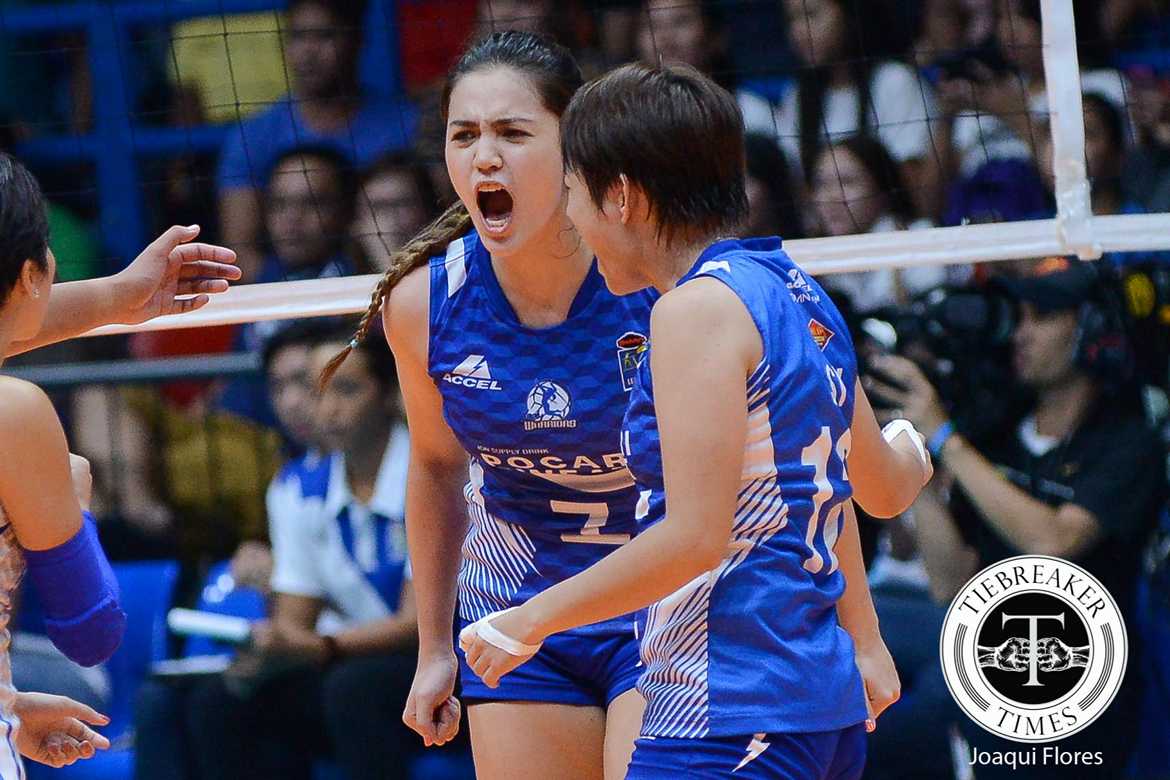 The Pocari Sweat Lady Warriors are the “Never Say Die” queens of volleyball.

During the 2016 Shakey’s V-League Open Conference, Pocari Sweat endured four do-or-die matches en route to the franchise’s first championship. They lost the first match of the semis against Bali Pure, then dropped the opening match of the Finals against Philippine Air Force.

Although the grueling experience made winning sweeter, the Lady Warriors are glad they aren’t in the same predicament in the Reinforced Conference. The Lady Warriors, after dropping their opening day match, have won seven straight games, including Game One of the semifinals against the University of Santo Tomas.

Michele Gumabao, the team’s incendiary leader, is glad her team has learned from their past mistakes.

Gumabao also mentioned that their loss to Air Force had made them realize that there is no room to relax.

Getting a win in Game Two saves the Lady Warriors the stress of having to fight a younger UST side in a winner-take-all Game Three.

READ  May Luna seizes the moment

“Definitely we want to do our best and win Game Two,” she said.

“Not only do we not have to play another match, iba din kasi ‘yung mental strain ng paglalaro sa Game Three. Hopefully we can execute again and fight off on Game Two.”