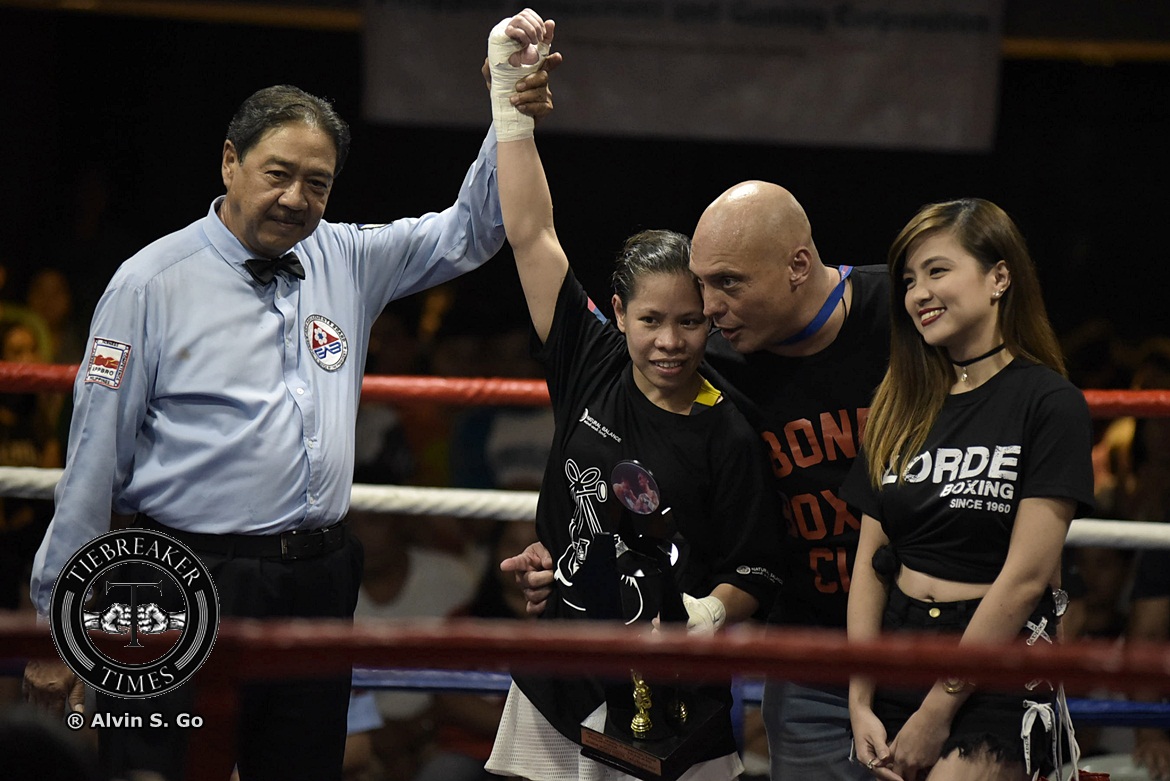 Women’s boxing was the highlight for the evening, as Gretchen Abaniel outclassed Thai opponent Chamaporn Chairin to a one-sided decision; while heavy-hitting Gretel De Paz won the vacant Philippine Bantamweight Championship against tough veteran Christine Latube in a hard-fought affair.

A decorated amateur prior to turning professional, Abaniel overwhelmed Chairin with her speed, accuracy, and aggressiveness. While it was Chairin’s initial game plan to use her length, the Thai’s punches were much too slow for Abaniel, who slipped past them and put up a flurry of her own.

In the later rounds, Chairin resorted to using the Muay Thai clinch, as the barrage of shots from Abaniel continued to pour. Perhaps acting on instinct, Chairin even threw a leg kick in the fourth round before quickly realizing this was a boxing match. Abaniel, unfazed, continued to walk down her opponent to improve her record to 18 wins and 8 losses, including 6 knockouts.

This was Abaniel’s first fight since July 2016. Earlier this year, negotiations for a title fight against International Boxing Federation (IBF) minimumweight champion Zong Ju Cai fell through, although it has been tentatively re-scheduled for October this year.

Alfante controlled most of the fight by pressing forward and utilizing his combos. Taday had initial success landing his lead hook and counter-punching, but didn’t quite match the champion’s pressure going into the later rounds.

Alfante managed a unanimous decision win, with all three judges scoring the fight 96-93. Taday was a last-minute replacement for Ardin Diale, who was not medically cleared to fight by the Games and Amusements Board.