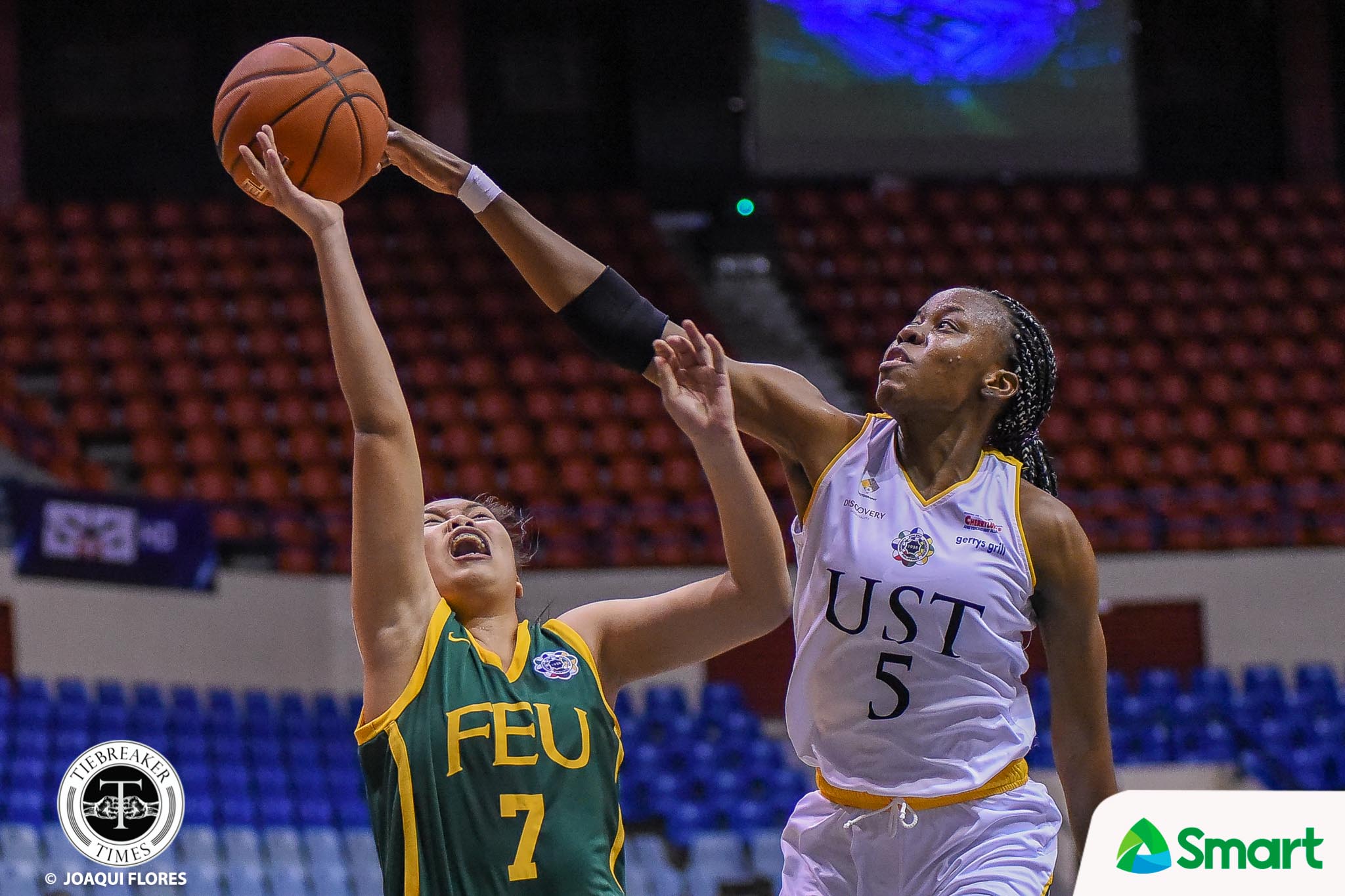 ANTIPOLO — The University of Santo Tomas put an end to their two-game skid and escaped with a tight 56-55 win over the Far Eastern University Lady Tamaraws, Sunday in the UAAP Season 82 Women’s Basketball Tournament at Ynares Center here.

Grace Irebu led the Golden Tigresses with 21 points, eight rebounds, three assists, three steals, and two blocks, as they averted disaster after losing a 13-point lead in the third frame.

“We are lucky to win this game,” said coach Haydee Ong. “We had crucial passing errors that were converted by FEU. We are just fortunate to get this one”

Choy Bahuyan led the Lady Tamaraws’ rally, with her split from the line cutting the deficit down to one with 1:33 remaining.

Clare Castro had a chance to win the game for FEU. Unfortunately, her short stab rimmed out as UST grabbed crucial offensive boards to pull off the slim victory.

UST improve their standing to 3-2 and force a three-way tie for second place with FEU and Adamson.

Castro was limited to just three points as she shot 1-of-10 from the field in the defeat.

“It’s not easy to defend Clare because she is stronger and taller than me. I needed to not see that and do my best on both offense and defense,” said Irebu, the league’s reigning MVP.