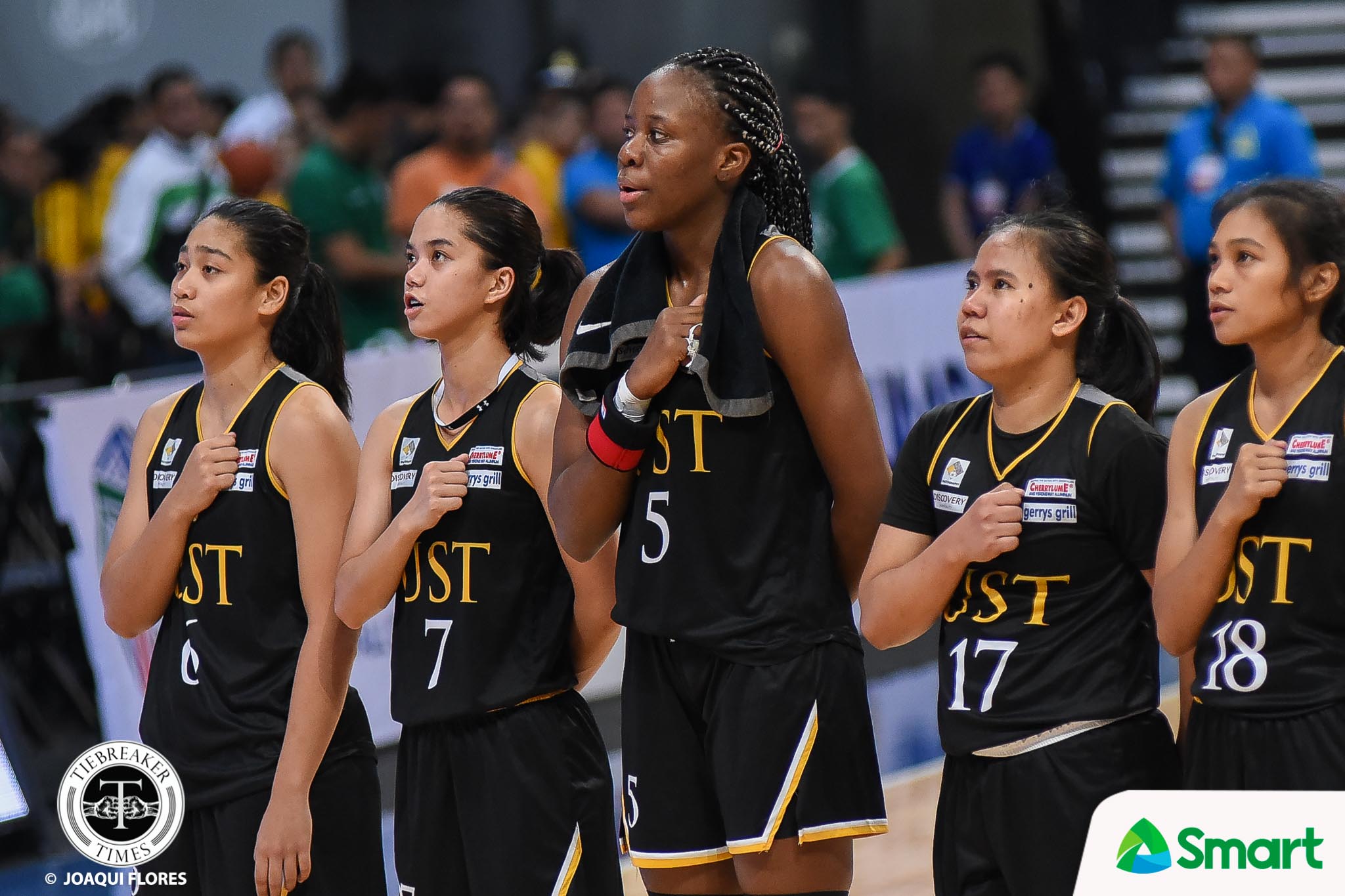 The University of Santo Tomas used a stellar second half barrage to down the De La Salle University Lady Archers, 76-47, and finish the first round on a three-game win streak Saturday in the UAAP Season 82 Women’s Basketball Tournament at Mall of Asia Arena.

Last season’s MVP Grace Irebu once again got things done on the paint, firing 36 points and 20 rebounds for the Golden Tigresses.

“I think it was yung defense namin. We contained La Salle in the third and fourth,” said coach Haydee Ong. “I told the ladies na whatever happens to this game, win or lose, the effort should be there.”

But it wasn’t all Irebu, since the Golden Tigresses’ supporting cast also came to play, much to the delight of Ong.

Lon Rivera poured 10 points and three rebounds. Tacky Tacatac scored all of her nine points in the third quarter, while hauling down five boards.

“Sinabi ko sa kanila na medyo nakukulangan pa ako sa ibang players namin. We cannot win by just Grace, Grace is not UST. UST is the whole team and everybody should contribute. In this game, na-prove naman ng players na we are the UST team,” said the stern mentor.

UST rose to a 5-2 record for solo second, but Ong acknowledges that the journey just gets harder from here.

“Of course, we’re happy that we’re in the upper bracket now. But the second round will be a tougher round for us, so we have to work harder to stay in the Final Four,” she said.