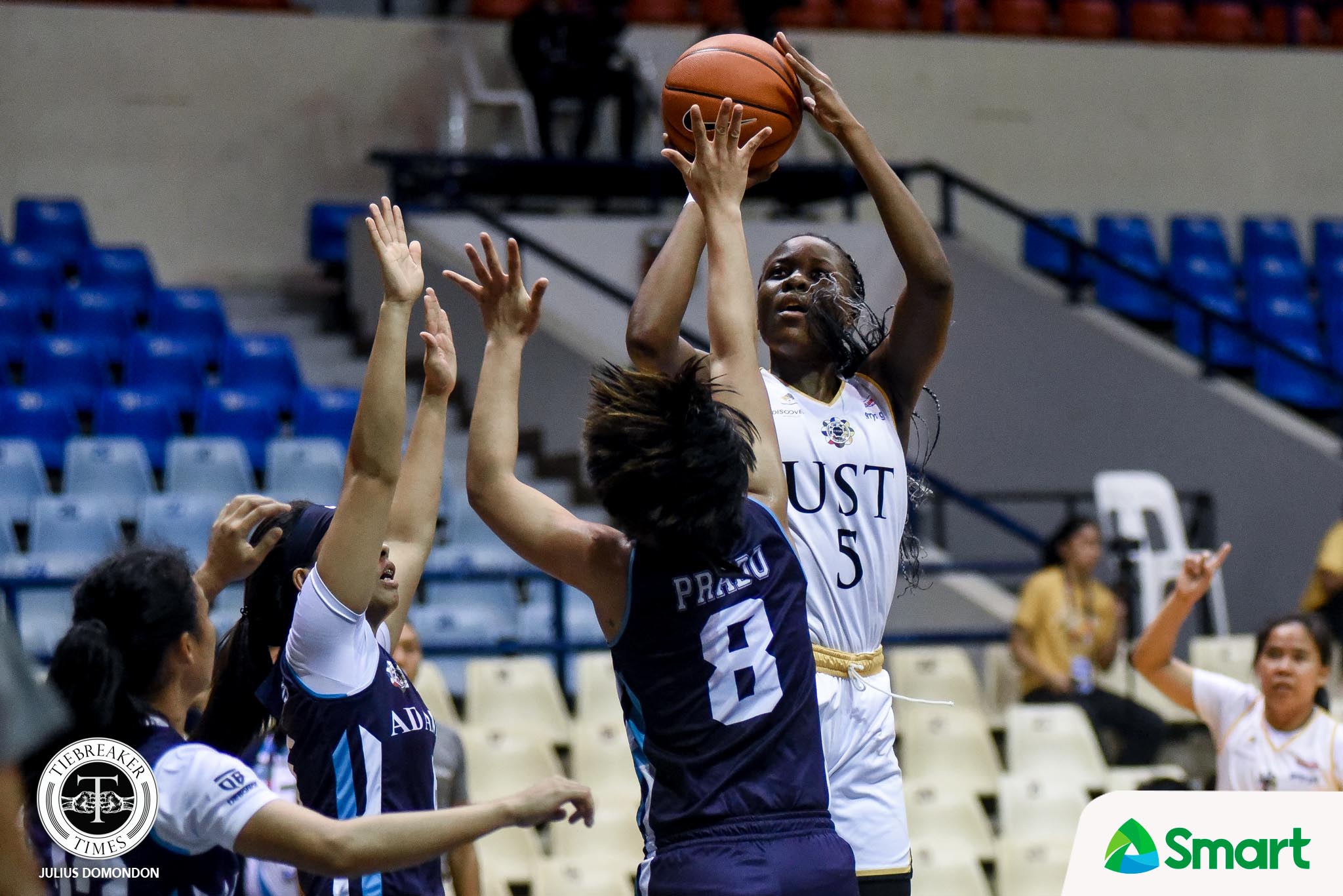 ANTIPOLO — Grace Irebu’s towering presence was in full display Saturday, towing University of Santo Tomas to a hard-fought 57-53 win over Adamson in the UAAP Season 82 Women’s Basketball Tournament at the Ynares Center here.

The reigning MVP churned out a monster performance with 27 points and 20 rebounds as the Growling Tigresses wrapped up the elimination round as the two-seed with an 11-3 record.

The Congolese student-athlete scattered 13 points in the payoff period, including two big baskets in the end game which sandwiched a Kat Araja three to keep the Lady Falcons at bay 55-52 with 26 seconds left in the game.

Things got even more interesting a few moments later when Lhyn Bilbao was called for an unsportsmanlike foul for a hard foul on Ruby Portillo.

Portillo split her free throws to give the Tigresses a 56-52 lead with 13 ticks remaining, but they left the door open when they turned the ball over on the next possession before Portillo herself was called for a technical foul after contesting a foul called against her.

Mar Prado drained the solitary free throw to give Adamson one last shot to send the game into overtime but Rose Ann Dampios’ three-pointer failed to find the mark.

“Mixed emotions, I’m happy because we’re number two and we’ll have a twice to beat advantage, but not so happy and impressed with the way my team played today,” UST coach Haydee Ong said.

“Grace saved us for another win today, with her monster performance.”

Tantoy Ferrer also had a big game on the boards as she finished with 15 rebounds to go along her eight points, two assists, and a block. As a team, the Tigresses outrebounded the Lady Falcons 60-40.

Prado had an all-around performance for the Lady Falcons as she finished with 11 points, 12 rebounds, and six steals while Dampios topscored for them with 12 points.

It was a missed opportunity for Adamson to separate itself from the pack as it dropped to 8-5. Far Eastern University (7-6) and La Salle (6-6) remain hot on their heels in what is expected to be a wild end to the tournament.