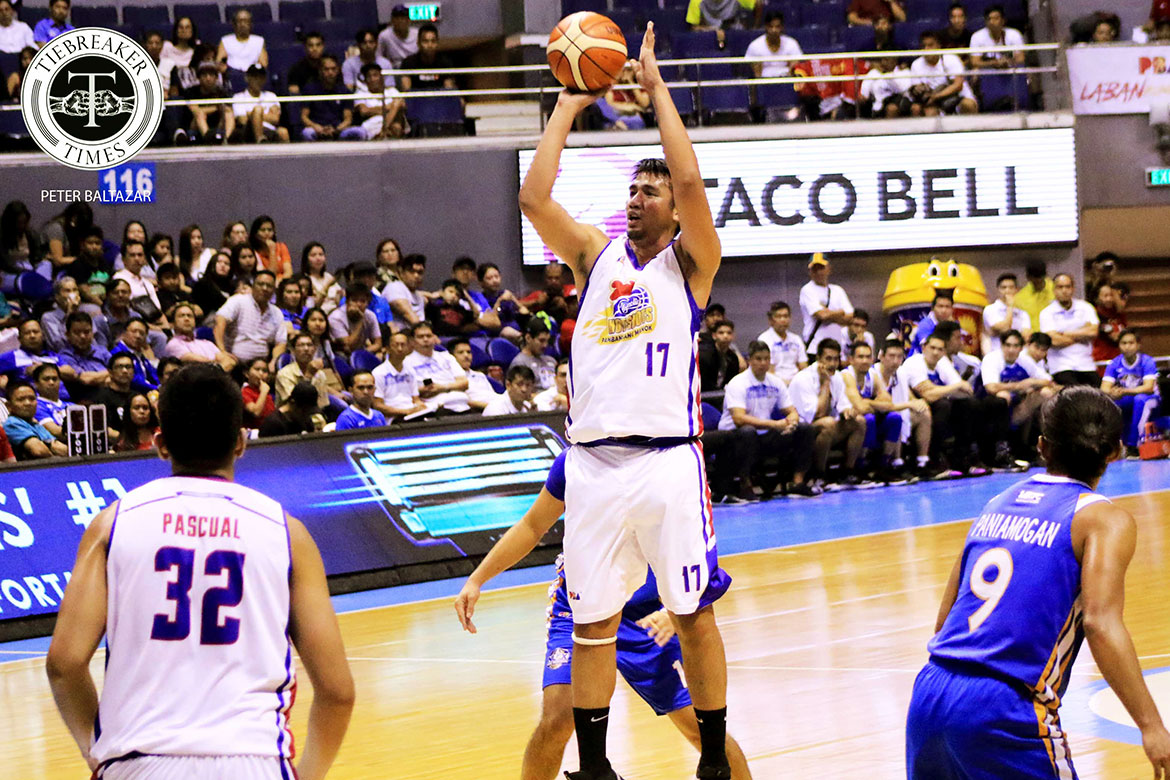 Aldrech Ramos hasn’t played much of the 2019 PBA Philippine Cup. So when the opportunity showed up for him in their last assignment in the elimination round Wednesday, he didn’t waste it.

Averaging just 4.17 points prior to Wednesday, the 6-foot-7 slotman produced 15 points – spiked by four triples – along with four rebounds and two blocks to help the Hotshots to a 102-74 win over the NLEX Road Warriors.

His performance marked a conference-high for him. And it was more special since he achieved it on his 31st birthday.

Aside from his own shooting, Ramos also liked the way the Hotshots shot as a whole; Magnolia shot 47.7 from the field, including 14-of-30 from deep.

“Siguro parang preparation na namin ito going into the playoffs,” said the cager out of Far Eastern University, whose Magnolia locked the sixth seed following their win over the Road Warriors. “Magandang morale-booster to sa’min.”

But waiting in the quarterfinals are the third-seeded Barangay Ginebra San Miguel. Ramos is aware of what kind of team the Hotshots are about to face, so he hopes they could come into the series as prepared as they can be.

And that is why there won’t be any birthday celebrations for Ramos – for now.