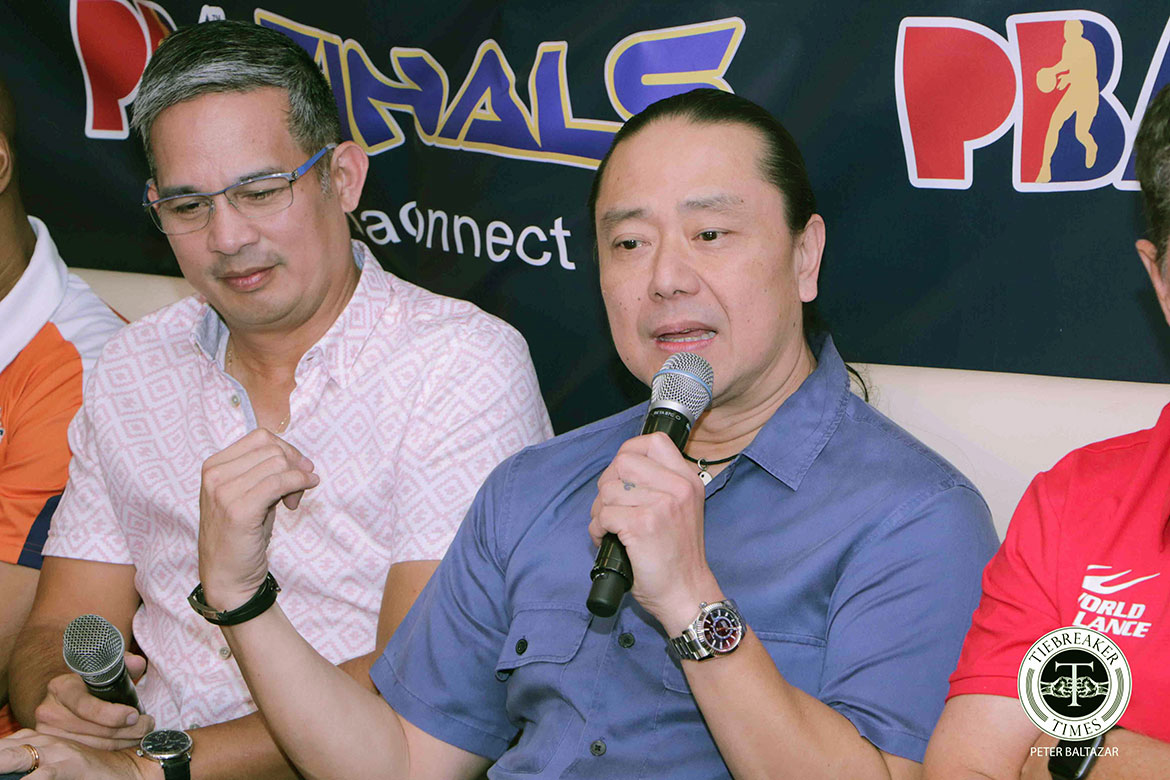 Though in different camps for the entire year, PBA governors Al Panlilio of Meralco and Alfrancis Chua of Ginebra have become good friends.

The two have figured in tough boardroom battles and thrilling games on the court. But because of their common goal, the two have earned each other’s respect.

“I would like to thank my tukayo [Alfrancis Chua] and coach Tim Cone and his staff for winning the SEA Games gold for us. Maraming salamat,” expressed Panlilio during the pre-PBA Governors’ Cup press conference held at Sambokojin last Saturday.

“After this, we won’t be speaking for the next two weeks.”

Come Tuesday, Panlilio’s Bolts will once again face off against Chua’s Ginebra. And after two tries, they are looking to overcome them after losing in the finale of both the 2016 and 2017 editions of the conference.

However, just like those two times, Panlilio sees Meralco as the underdogs in the series once more.

“I think this will be an exciting Finals but really we are the underdog.

“We’ve met Ginebra twice and we lost twice so we haven’t really been a rival to them. The only way you become a rival is if you win a championship against them. That’s still something we haven’t done and I think we will try our best this time to win,” said Panlilio.

Though the two have become close friends, they know that the competition will bring out the best in them. But unlike in the past, there’s no longer bad blood between the two — just friendly competition.

“To add to that, our relationship goes beyond basketball. Malaking tulong yung ginawa nila sa amin sa SBP. They have been there in a big way to help out the program,” added Panlilio.

Ginebra is gunning for its third Governors’ Cup plum in four years while Meralco is looking to cop its very first crown. And for Panlilio, to be the best, you have to beat the best.

“We are friends but we are also competitive. It’s nothing personal. It’s two competing teams wanting to win a championship and we enjoy that. Ganun talaga. Ang buhay naman ganun e, we try to compete against the best and beating the best is the best thing that could happen. If Meralco can win over them, it will be a great moment for us. First championship in 27 conferences. It will be a difficult task,” the SBP prexy said.

“At the end of the day, we are just spectators of the game.”