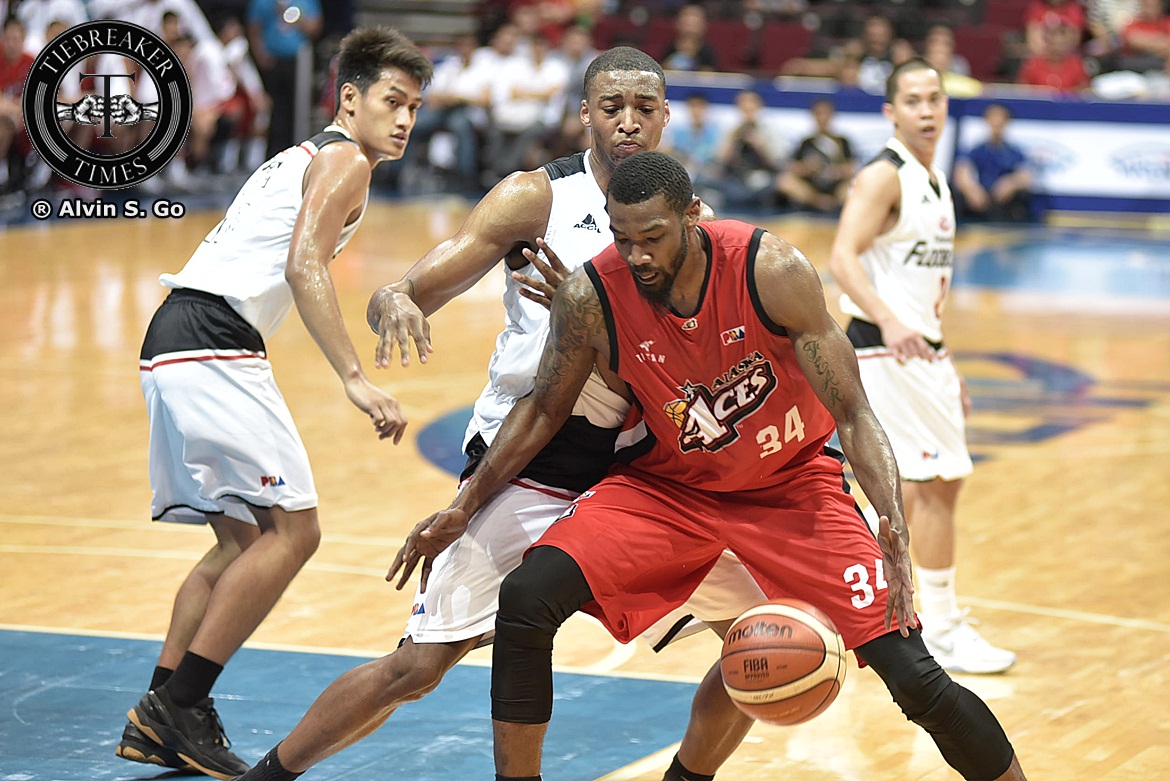 Cory Jefferson was only the Alaska Aces’ replacement import in lieu of Octavius Ellis weeks ago, but three games into the 2017 PBA Commissioner’s Cup, the 26-year-old plays like he has been with the team for a long time.

“Cory is a great fit for us because he is not a ball dominator,” was Alaska head coach Alex Compton’s praise of his import last March 22, after their 109-95 win over Blackwater.

In the Aces’ first two games that resulted in victories, Jefferson averaged 28.0 points and 14.5 rebounds. And in his third game for Alaska on Wednesday night, the Tacoma, Washington native made his presence felt yet again.

In their 98-92 victory over the Mahindra Floodbuster, Jefferson led Alaska once more, this time by posting 30 points on 11-of-19 shooting. But what stood out the most in his outing was the fact that he had already scored 26 in the first half.

“I just wanted to come out and be aggressive,” said the six-foot-nine Jefferson, who also had 14 rebounds for another double-double performance, about the way he blew up the opening half’s scoring charts.

The ex-Baylor Bear’s aggressiveness is helping Alaska greatly, though he knows that he was not the team’s original choice as their import. And for him, even in just a short period of time, he feels that he has fitted in nicely with the storied franchise.

“I fell like it’s been a good fit — everybody’s playing well. Great chemistry. Definitely still working on a few things but we feel it would just get better from here,” shared the 60th overall pick of the 2014 NBA Draft.

The Aces now share the top spot along with Meralco and Rain or Shine with their clean 3-0 cards, but the team, in Jefferson’s words, does not want to dwell too much on the feat, saying that there are still more games to play.

“It’s a good start. It’s always good when you’re winning,” said Jefferson. “But we’re still getting better and we just have to take it game-by-game.

“It feels good to get this win but at the end of the day, [we] just [have to] get ready for the next.”

No hard feelings for Newsome after All-Star snub

In quest to join Asian elite, Dooley wary of problems along the way