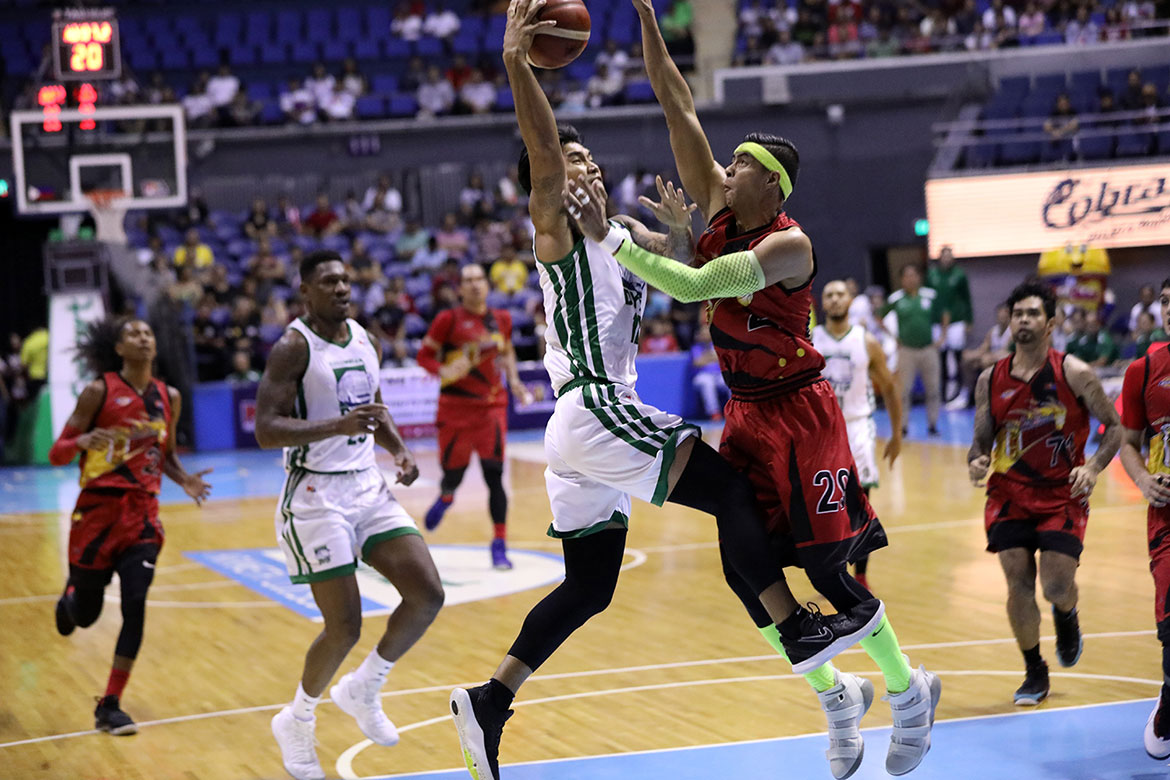 His stats may not be as impressive as Rashawn McCarthy, CJ Perez, and Lester Prosper produce, but Glenn Khobuntin had a big impact on the Columbian Dyip’s stunner of the San Miguel Beermen, Sunday evening.

Khobuntin only finished with eight points, but six of them came in overtime. First was a three-point play to open the period’s scoring fray, then came a triple from the right wing that gave Columbian a 132-128 lead with 42.7 seconds left.

Still, Khobuntin downplayed his performance where he also collected four rebounds in nearly 34 minutes of play. The 6-foot-4 forward said that he simply took the shots when the opportunity presented itself.

Columbian have now conquered San Miguel for the second straight time this season – the first was in the Philippine Cup back in January. For Khobuntin, the challenge of facing the Beermen brings the best in them.

For Khobuntin, taking down one the league’s giants means plenty for a team that’s been struggling in the mid-season joust; prior to this, they won just once in seven outings before Sunday. So now, he hopes they could keep up this play.

Though San Beda and Lyceum still seen as favorites, NCAA Season 95 will be level

Rashawn McCarthy shows that he can lead Columbian Dyip’s process