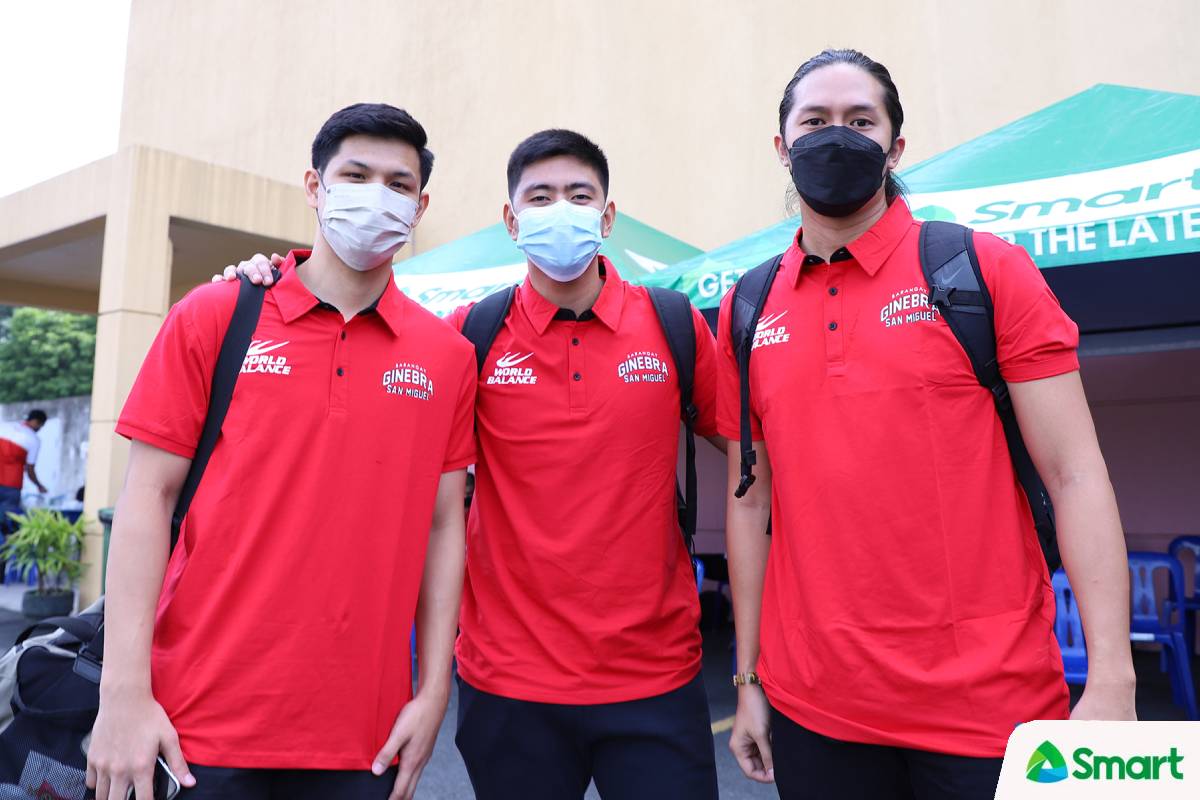 There’s no denying that expectations are high when playing for the Barangay.

And it’s something that the young trio of Hubert Cani, Mikey Cabahug, and Jollo Go all acknowledge as they get to represent Ginebra in the maiden PBA 3×3 wars. The tournament commences on Saturday at the Ynares Sports Arena in Pasig.

“For sure, may pressure. Alam naman natin kung gaano kasikat ang Ginebra. Sa sobrang dami ng fans nito, for sure maraming expectations and all,” on the other hand said Go, who has yet to join the PBA.

That kind of pressure is understandable. As they try to live up to the expectations, all eyes will also be on Ginebra 3×3 if it will be able to channel the ‘Never Say Die’ mantra that the ball club has taken to heart for decades.

But they all welcome the challenge.

“Yeah, pressure din. [But] We have to get that chip off our shoulders,” said Cabahug, the Gin Kings’ third-round selection in the 2017 Rookie Draft. “Ibibigay namin ‘yung best namin especially for Barangay Ginebra fans.

After all, the 3×3 inagurals is an avenue to prove their worth.

Cani, for example, is raring for the opportunity to show what he’s really capable of doing. After all, he didn’t have the chance to do so with Blackwater, who picked him in the fourth round (37th overall) of the regular 2019 draft proceedings.

The same goes for his fellow Tamaraw in Ken Holmqvist. The 6-foot-8 slotman was Ginebra’s 12th overall pick in last March’s drafting, but barely played. He only saw action for two games in the Philippine Cup.

Ditto Cabahug and Go, and for the rest of the Barangay. The team also has seasoned guys in Jojo Cunanan and Dennice Villamor. Meanwhile, renowned skills and conditioning coach Kirk Collier is calling the shots.

“We’ll make sure lang na we’ll give our best every game, and we’re working on ourselves as a team,” said Go, a UAAP titlist with La Salle. “And sa practices, we give it our all para makapag-represent kami ng maayos para sa Ginebra.”