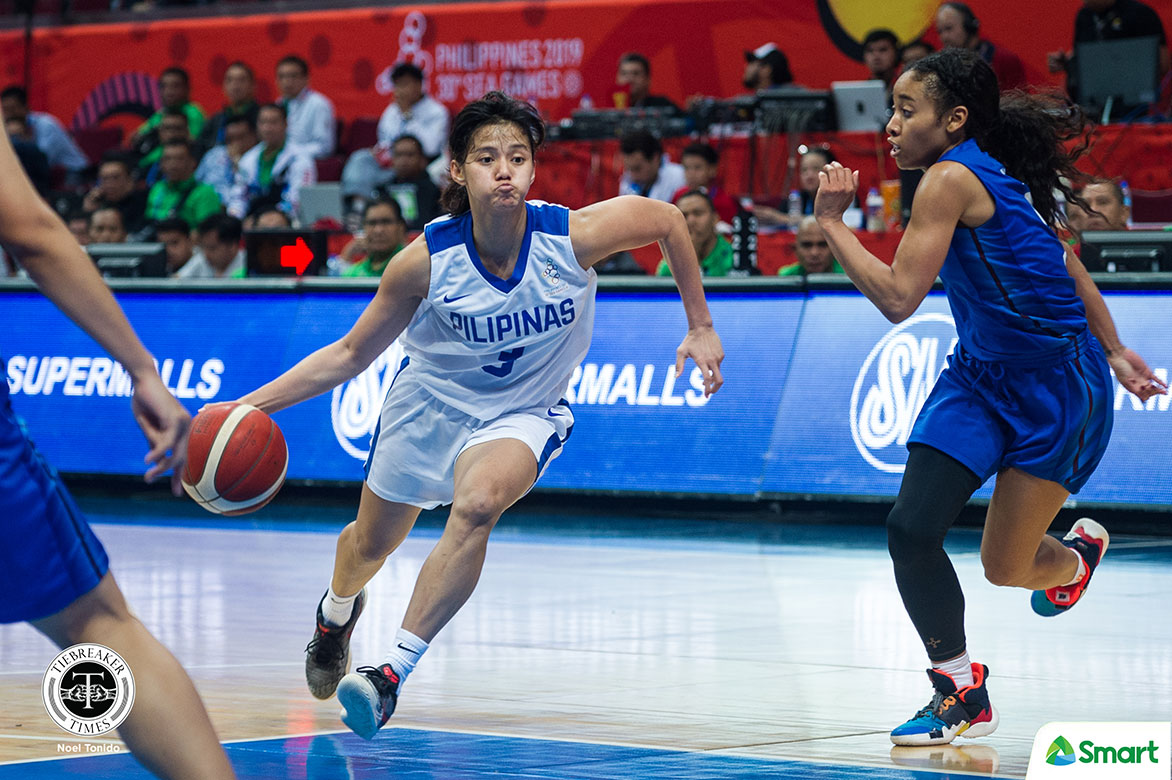 Afril Bernardino was in the last two editions of the Southeast Asian Games playing for Gilas Pilipinas Women. Both times, though, she and her team went back home empty-handed.

And so she could not be faulted for the joy she felt after those heartbreaks finally turned into success.

On Tuesday night, the Philippines finally captured that elusive SEA Games gold medal following a dominant 91-71 win over Thailand in front of a sizable crowd at the Mall of Asia Arena.

Aside from the last two SEA Games, where the Filipina cagers finished fourth, Bernardino said that the experiences she and the rest gained from other tourneys also helped them to where they are now.

Prior to the Games, Gilas Women played in the Jones Cup in Taiwan last July; in the FIBA Asia Cup in India last September; and in the FIBA Pre-Olympic Qualifying Tournament in New Zealand last month.

“So worth it lahat. ‘Yun ‘yung masasabi ko, as in worth it.”

But there was more to it than just winning the gold. For Bernardino, what also pushed them to succeed was their desire to let women’s basketball shine on such a grand stage.

And they did just that,with even Gilas Men’s head coach Tim Cone singing high praises for them.