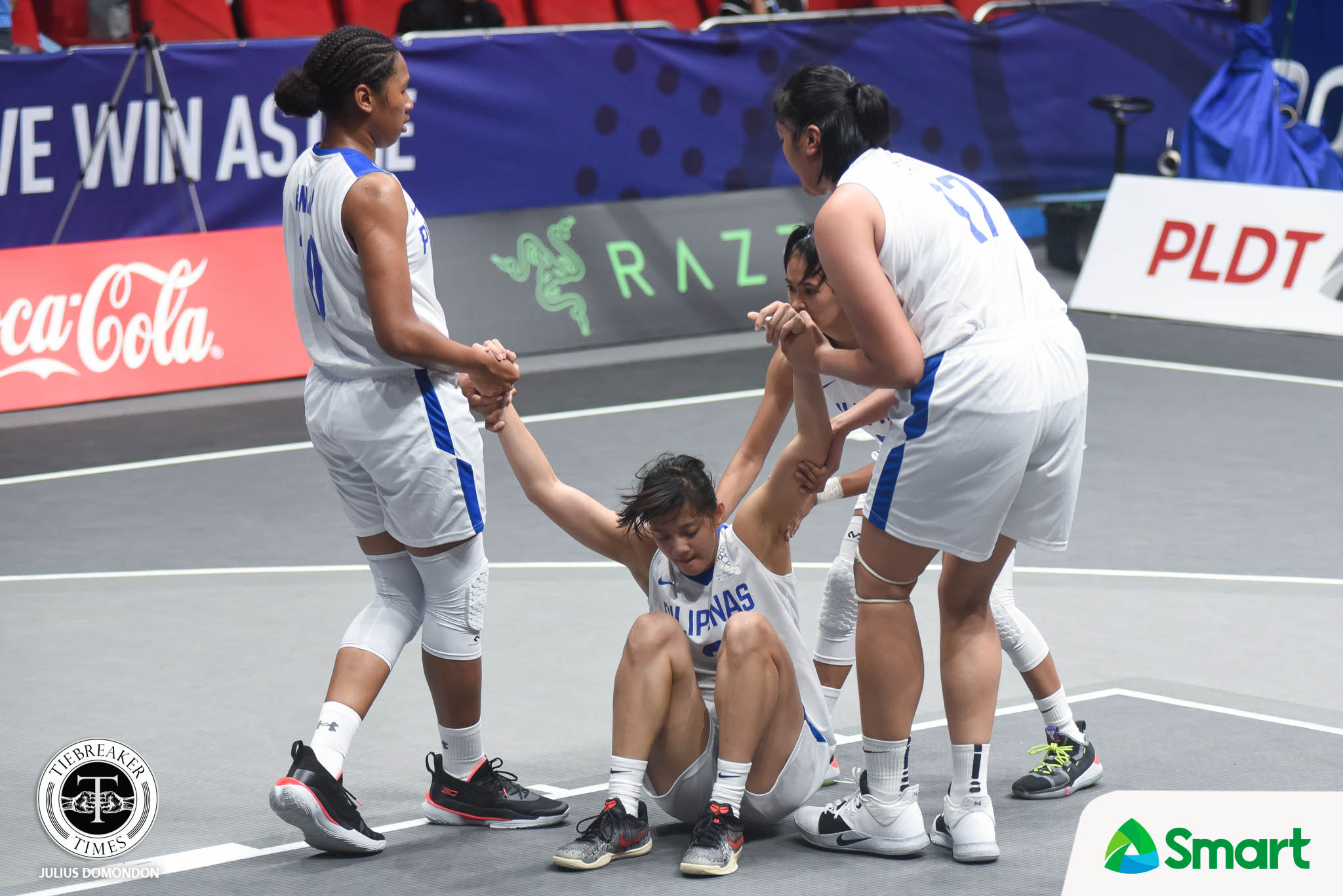 The Filipinas suffered a heartbreaker to Thailand in cardiac fashion, 20-22, ending their hopes of a perfect run in the 30th Southeast Asian Games 3×3 women’s basketball competition at the FilOil Flying V Centre in San Juan City.

Knotted at 17 with less than two minutes remaining, Warunee Kitraksa churned out a flurry to give Thailand a commanding 19-17 edge. Not to be denied, Afril Bernardino responded with a booming triple to tie things up with 39 ticks left.

The Thais then wasted no time wresting back the lead, 20-19, putting themselves in a prime position for a stunner. But Bernardino strapped the Philippines on her back once more, giving her team a lease on life with a short stab in the nick of time to extend the match into a two-to-win situation.

However, Kitraksa struck once again. She pulled up from the right-wing and splashed the heart-wrenching triple to ice the game.

The Gilas women end the pool play with a 4-1 record.

Bernardino poured in eight points in a losing cause. Janine Pontejos waxed hot from deep, connecting on three two-pointers to finish with seven that went for naught. Jack Animam had four markers.

In their first assignment of the day, the Philippine contingents formally punched their tickets to the semifinals at the expense of the feisty Vietnamese, 21-14.

Locked in a 14-all stalemate with less than three minutes left, Bernardino delivered the momentum-swinging plays that pulled her team out of danger. She scored on a deuce, keeping the defenders committed to the Philippines’ outside shooting and opening the gates inside the paint for Animam, who dealt the final stab to end up with a team-high eight markers.