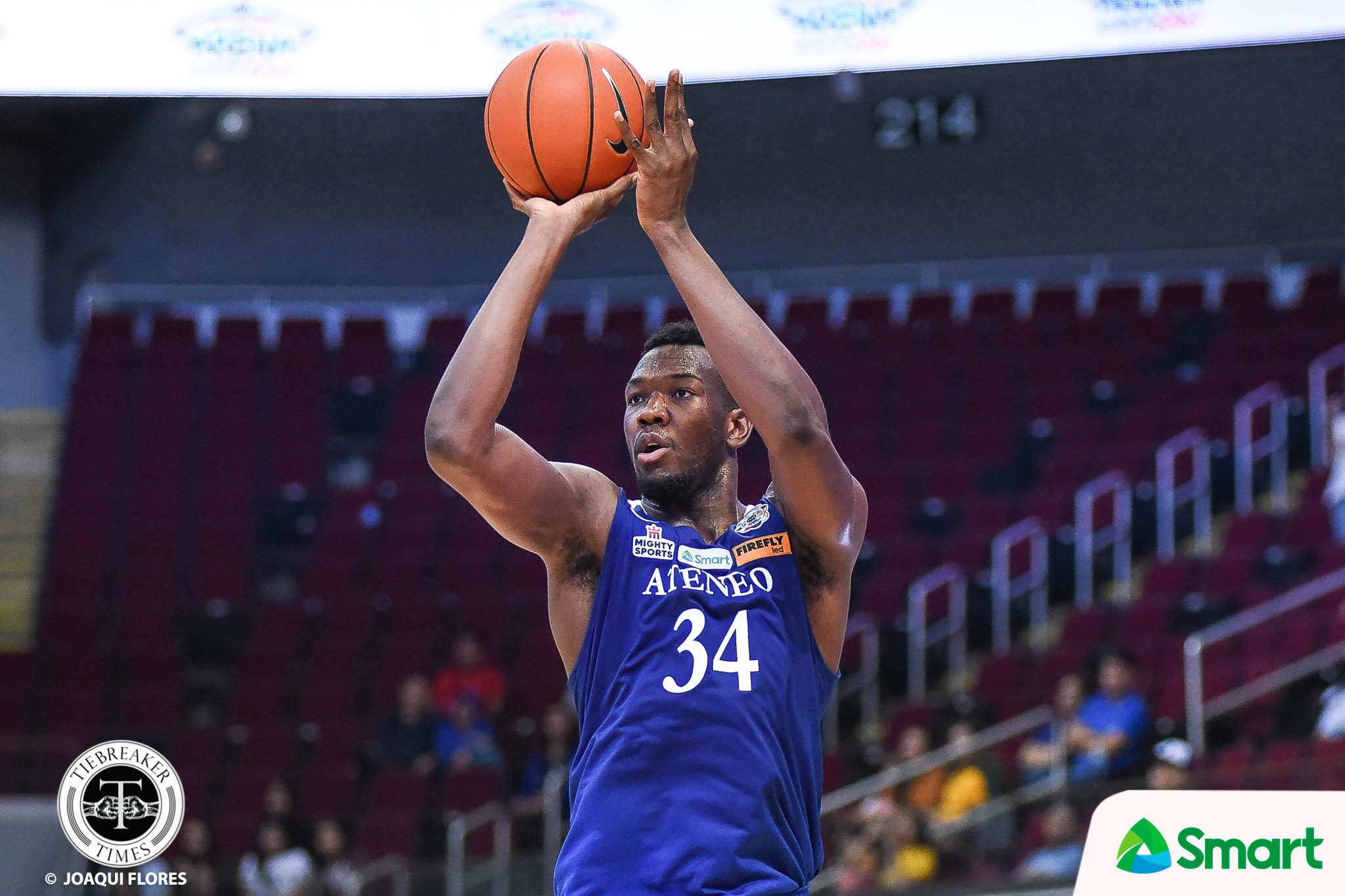 Samahang Basketbol ng Pilipinas is hoping against hope that Angelo Kouame’s naturalization to become a Filipino will make it by the time the second window of the 2021 FIBA Asia Cup Qualifiers rolls around later this month.

But if not, Gilas Pilipinas will be ready to go all-Filipino against Thailand on the 26th, Korea on the 28th, and Thailand again on the 30th in Manama, Bahrain.

“That is really the plan,” bared SBP Special Assistant to the President Ryan Gregorio on 2OT, presented by SMART.“Some of the things are beyond our control. If there is a magic we can do for Kouame to be available come November 27 by all means we’re gonna take it.

“But if not we understand that there is a process.” The Ivorian’s case naturalization process though is currently in the House of Representatives via a bill authored by Rep. Robbie Puno last February. It has also been endorsed by Sen. Sonny Angara in the Senate last month.

But naturalization in the country takes long.

Back in 2010, it took seven full months before Marcus Douthit became a Filipino. Andray Blatche’s case, on the other hand, also took seven months as well back in 2014.

Whether or not he gets to play this window, it is important to have Kouame in camp now for him to learn the Gilas culture.

“We are trying to ready Ange come February so the important thing we want to do at this point is for him to be part of the system, part of the pool, understand exactly the system that we are trying to implement and also chemistry will play a big factor,” said the amiable executive, who is also a three-time PBA Coach of the Year.

“That is why we included him in the pool because it is no secret anyway, might as well utilize him this early as part of our scouting team for example and be related on how we want to do things,” he continued.

“This is not about the Xs and Os of basketball. The attitude and character also play a big role and we have to get early on in your practice sessions para lang sigurado you will be able to embrace the kind of team we want to establish to represent our Gilas Pilipinas in future international competitions.”