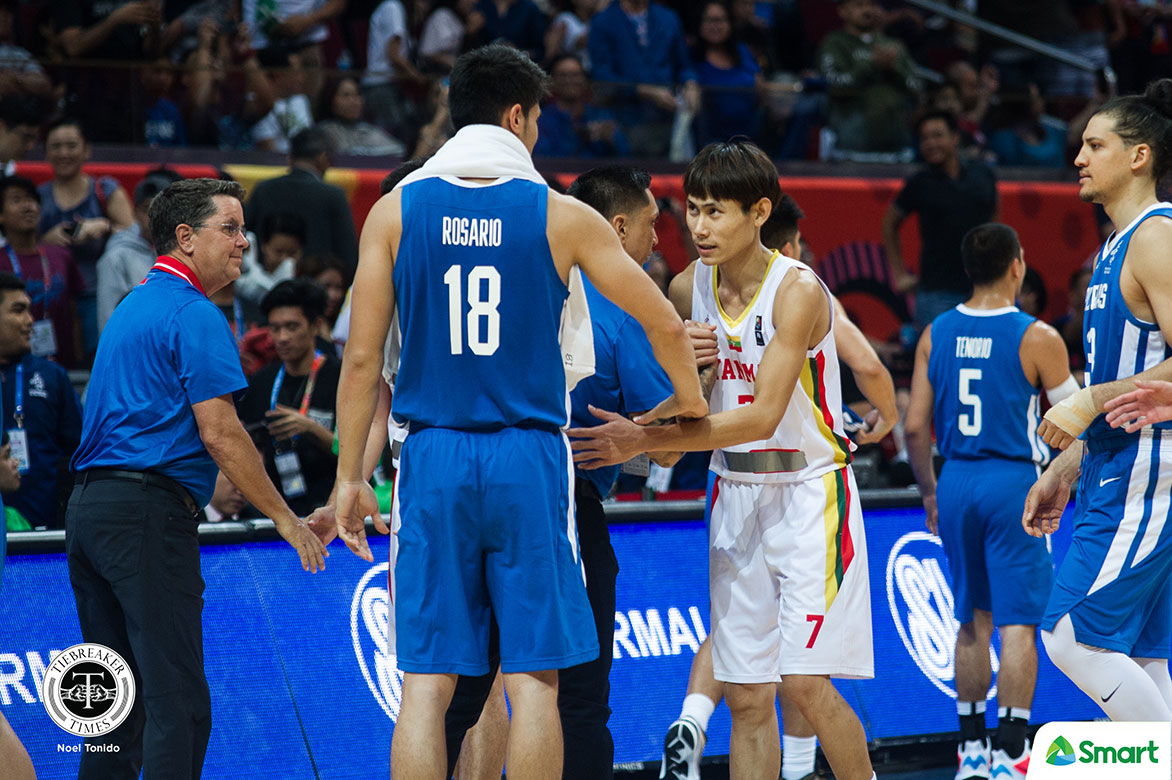 The scoreline of Gilas Pilipinas’ 30th Southeast Asian Games match versus Myanmar on Saturday may have yielded a highly lopsided result, but coach Tim Cone said it had never been their intention.

For him, they did not want to humiliate the Burmese, whose basketball program is still developing.

That was partly why the Filipino dribblers appeared tentative early in the game, playing less aggressively than in their last two assignments, which allowed Myanmar to get close.

Myanmar got as near as four, 30-34, with 8:23 to go in the second frame. For Cone, they had struggled to find the balance between not running up the score and playing hard.

But they finally got what they were looking for come the second period thanks to the hot shooting from downtown by elite marksmen Marcio Lassiter and Matthew Wright.

“We were taking it too easy, and in that way, we’re not respecting the game either when we take it too easy. So we turned it on a little bit in that second quarter, and got going,” Cone said.

“Marcio and Matt got us going, hitting a number of threes. That kind of picked up our defensive intensity, and then we went from there.”

Still, Cone reiterated that winning via big margin was not their purpose, that their goal was to show respect to their foes as well as to get ready for the semifinals on Monday versus Indonesia.

“Our purpose was to go out, use this game to get ready for the next one, and show respect to our opponent.”