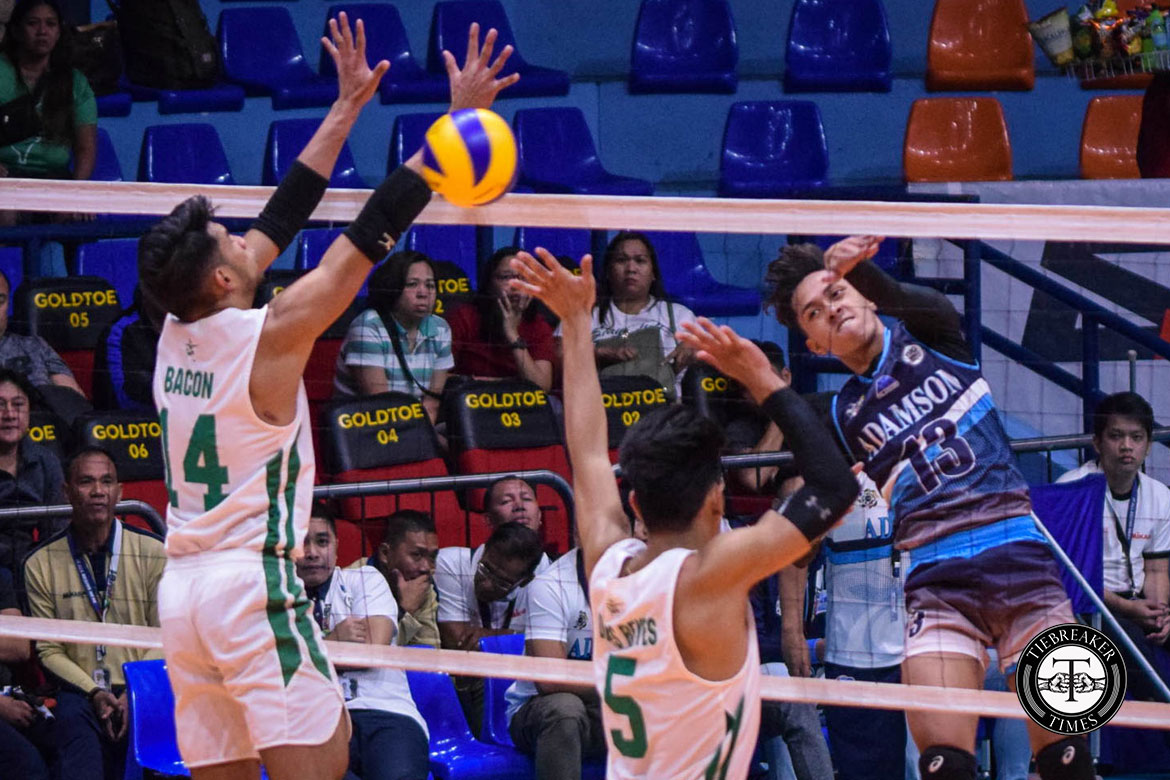 After a rousing first set win, the Falcons late comeback attempt in the second frame fell short, as La Salle’s Cris Dumago converted back row kills to eke out the win. The Green Spikers controlled much of the third set, taking a 16-12 lead before the Falcons rallied. Behind tremendous transition play and blocking from middle hitter Mark Alvarez, Adamson took a 21-17 advantage. From there, graduating captain Pao Pablico put on the finishing touches, scoring three of Adamson’s last four points.

The fourth frame quickly turned to the Falcons’ favor after a series of bad La Salle passes opened the door for Adamson to nourish an insurmountable 10-5 cushion.

Three Falcons scored in double-digits, with Pablico tallying 18 points off 16 attacks a block and an ace. Lefty George Labang added 17 markers, while Alvarez finished with 16.

Both teams play their next matches on Wednesday at the FilOil Flying V Centre. Adamson (2-0) take on University of the East Red Warriors, while La Salle (0-2) try for their first win against the National University Bulldogs (1-1). 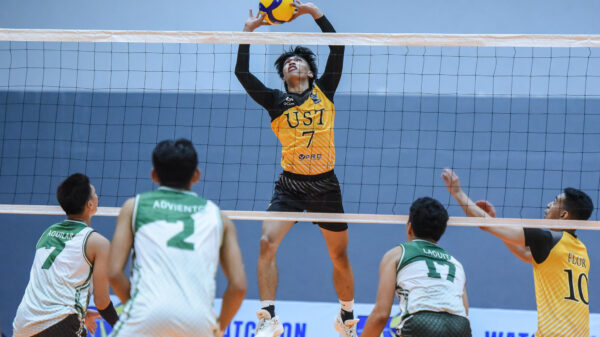