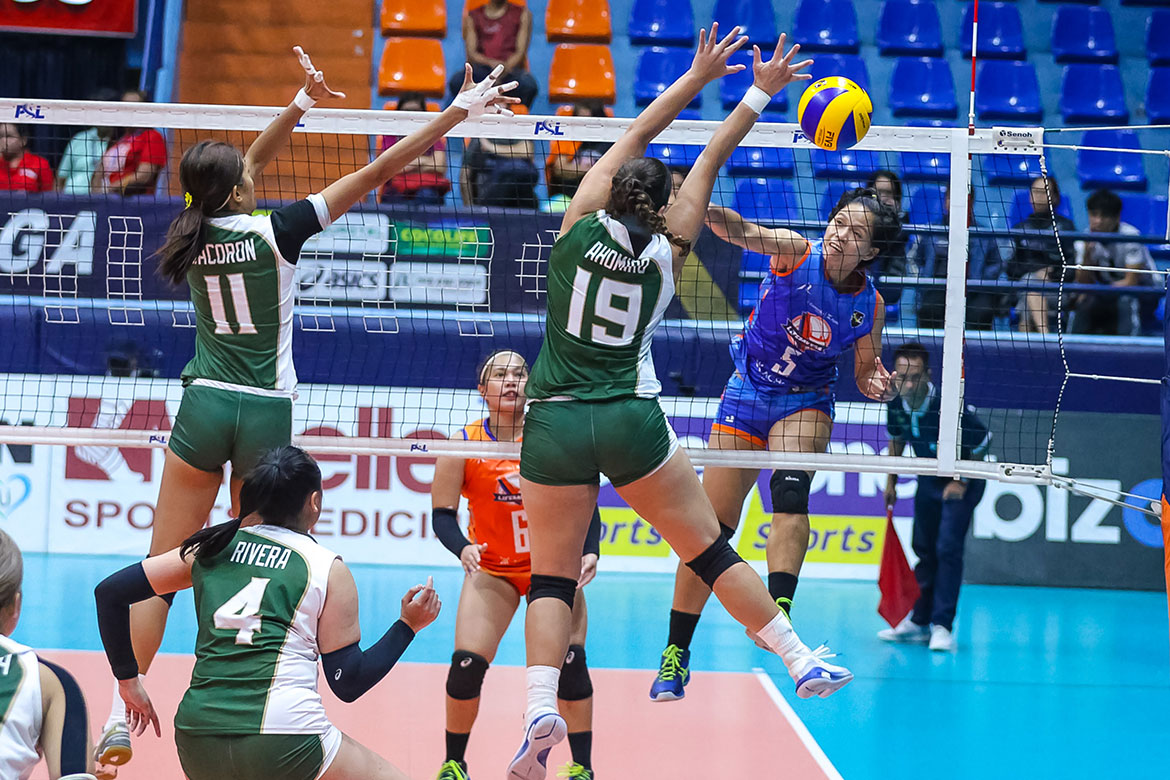 Without team captain Angeli Araneta, the Generika-Ayala Lifesavers played inspired volleyball and carved out a four-set 25-17, 20-25, 25-14, 25-9 victory over the Sta. Lucia Lady Realtors in the 2019 PSL All-Filipino Conference, Thursday.

The Lifesavers have now forged a two-way knot at the third spot with Foton. Both squads boast of a 7-5 card — half-a-game ahead of Cignal, which holds a 6-5 slate after a win over the latter earlier in the day.

Save for a shock loss in the second set, the Lifesavers overwhelmed the Lady Realtors in each of the sets they’ve secured.

Fiola Ceballos had a game-high 16 points built on 15 spikes while Patty Orendain lagged a point behind as she tallied 15 points to go along with 16 excellent digs.

Jamie Lavitoria generated five of her team’s nine aces to go along with 11 excellent sets. Kath Arado patrolled the floor with 28 excellent digs.

Sta. Lucia, on the other hand, had a sour end to their preliminary round with a 2-12 card.

The Lifesavers only have two players in double-digit territory with 12 and 11 points, respectively. Rachel Austero contributed five of her team’s eight aces for nine points.

Generika-Ayala seeks to sustain momentum when it faces Cignal on Saturday at the FilOil Flying V Centre. Meanwhile, the Lady Realtors will almost have two weeks of preparation for the quarterfinals, which starts on August 15. 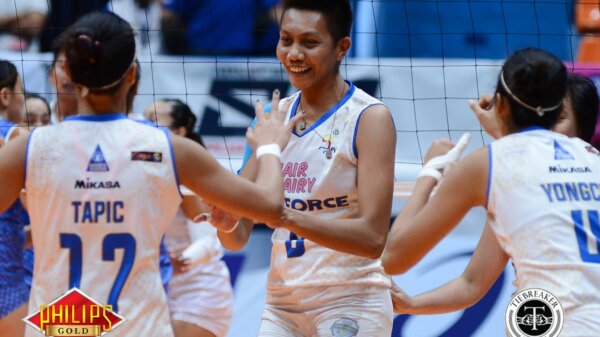