Facing a literally tall order in the towering Kim Kyu Sung, Geje “Gravity” Eustaquio had to make the most out of what they have in the mountains with Team Lakay.

The former ONE Flyweight World Champion showed few signs of struggle against his six-foot South Korean foe. He put on a clinical display of striking en route to a clear-cut decision win at ONE: Enter the Dragon last Friday, May 17, at the Singapore Indoor Stadium.

While he looked impressive in the ring, the 30-year-old Igorot warrior said that he had to scramble for taller training partners just to emulate Kim’s style.

He found his so-called ‘towers’, led by his teammate Jeremy Pacatiw, but none close to the height of the Evolve MMA product.

In the end, it did not matter. Eustaquio looked crisp on the feet, neutralizing the length of his foe with his movement and angles. 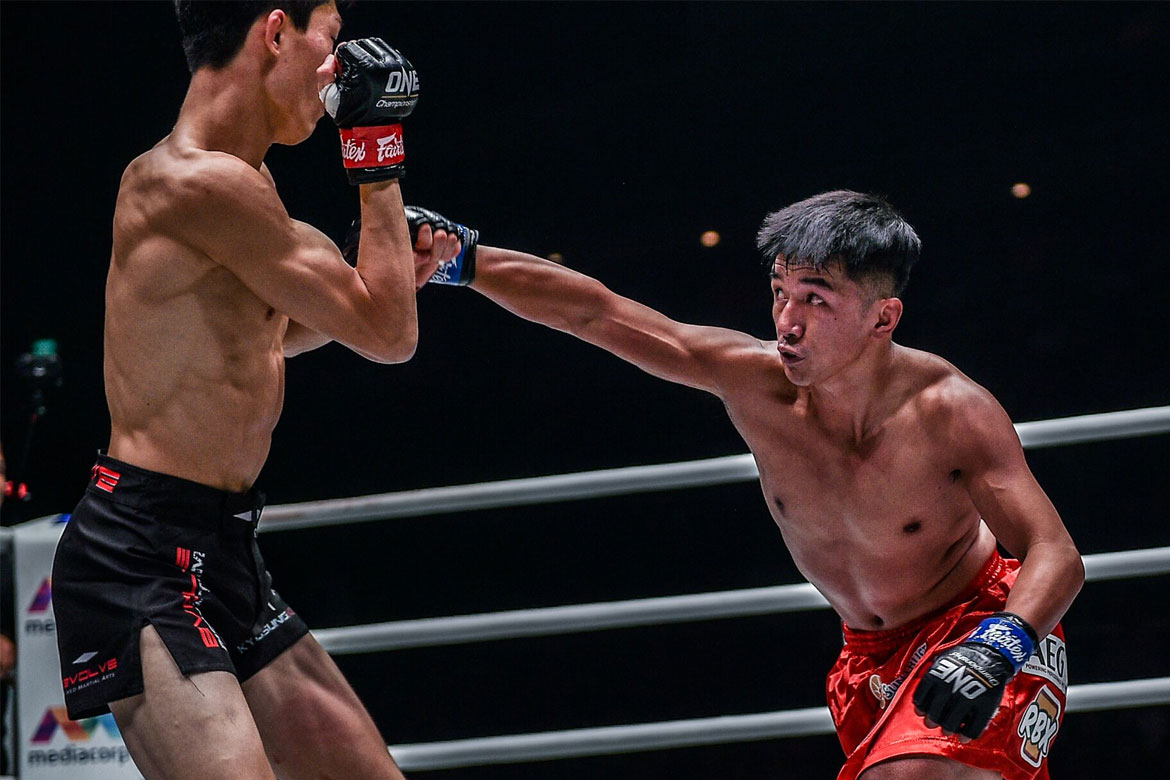 “In Baguio, in the mountains, there are only a few six-footers,” shared Eustaquio.

“It’s a good thing that I have Jeremy Pacatiw, Jerry Olsim, Carlo Alvarez; we brought what we call the ‘towers’ just so I have training partners. It’s really difficult taking on taller athletes.”

His head movement looked on point, as he closed the distance efficiently. Eustaquio landed body shots, spinning back fists, and head kicks – things he lacked in his loss to Adriano “Mikinho” Moraes at ONE: Hero’s Ascent last January. He worked on all those moves after losing to Moraes, and he was happy to see the result.

“First we wanted to develop the wrestling, and the timing and speed. That’s what we developed after the Moraes fight: the speed and timing,” said Eustaquio.

While he was happy with his striking, Eustaquio said that he could have done better in the wrestling department. He had struggled to bring the match to the ground against his lanky 26-year-old foe.

“I am happy the things I worked for showed here, but in the wrestling department, we have to get back again and be better in wrestling.”

With the win, Eustaquio finally finds himself back on the winning track after that stinging loss to Moraes.

He’s in no hurry to look for high profile matches, though, as he focuses on becoming a better athlete

“Now I go back to the drawing board and be a better athlete,” said Eustaquio.

“It’s my ultimate goal right now. I’m not looking forward to a title or a championship. It’s all about making myself a better athlete, and soon everything will follow.”

Mac Belo, Blackwater not to be denied, outlast Meralco in OT