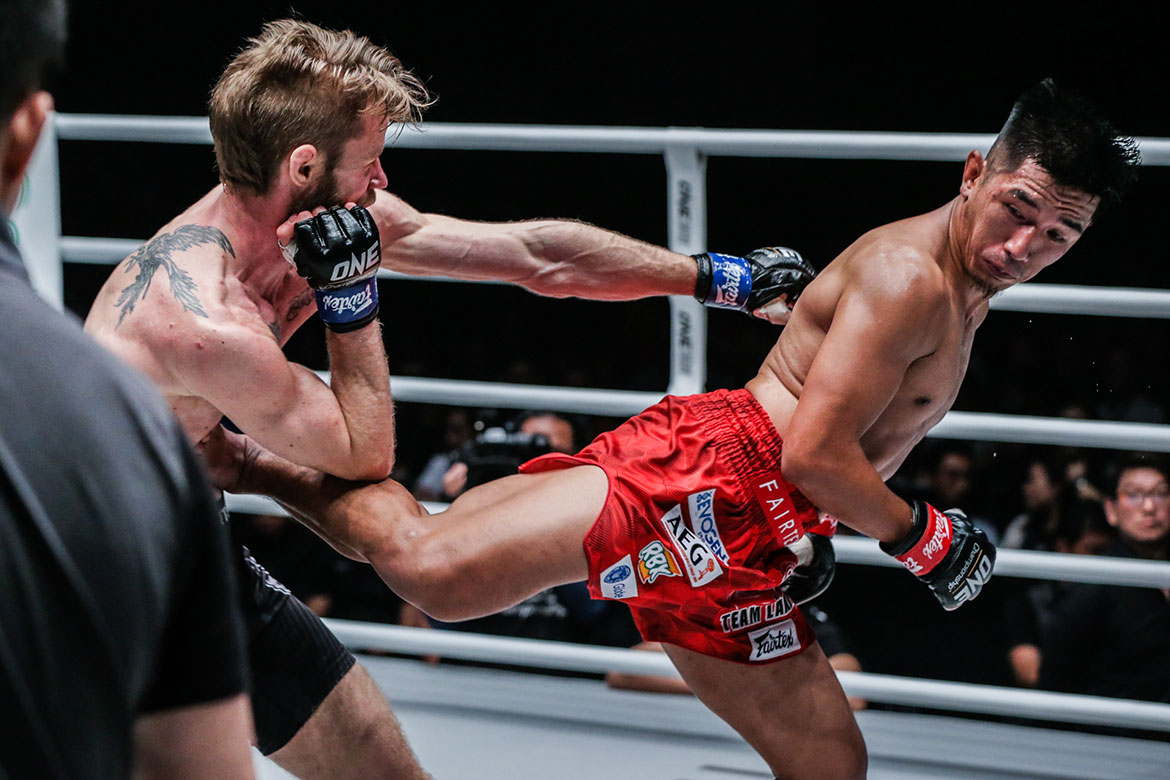 Geje “Gravity” Eustaquio has spent countless hours practicing in the position where he was last submitted by Toni “Dynamite” Tauru, so he was not worried being put in the same predicament once more.

Not only did the 30-year-old escape an early rear-naked choke from the Finn; he also secured a stunning third round walk-off KO win at ONE: Masters of Fate last November 8 at the Mall of Asia Arena in Manila, Philippines.

For a brief moment in their encounter, it looked like deja vu. The lanky visitor managed to take Eustaquio’s back in the early goings of the first round, a similar position to when Tauru made the Team Lakay standout submit at ONE: Age of Domination back in 2016.

But this time, “Gravity” was never shaken — owing to the countless hours he dedicated to getting familiar with that position.

“I’ve been to that position also for a thousand times after my loss to Tauru in 2016. I moved back to the mountains and repeated to be in that position many times.”

As soon as Eustaquio got back to his feet, it was total carnage.

The Baguio City-native lit-up his opponent with strikes from different angles, cutting his foe to size as he mixed up his signature kicks with accurate boxing.

In the end, though, it was a well-placed spinning back kick to the liver that finished off Tauru — a trademark of fellow Lakay Kevin Belingon.

And it’s because he and Belingon have been utilizing this in training.

“We practiced a lot of stuff. I practiced that spinning back kick for thousands of times, and I’m happy I was able to show it tonight,” Eustaquio said.

“It’s a very effective weapon and I plan to practice it ten thousand more times. Hopefully, we can repeat it.”

Now that he has ended the year on a positive note, Eustaquio can rest easy after what was a busy year where he competed four times.

Usually ready to jump back to the Circle, Eustaquio plans to step back and spend time with his family before getting back to the grind again.

“Now it’s time to go back to the mountain, rest and enjoy the holidays.”

The action never stops for ONE Championship as it returns in a few days for ONE: Age Of Dragons in Beijing, China on November 16.

THE HEROES OF ONE: MASTERS OF FATE REACT ON SOCIAL MEDIA