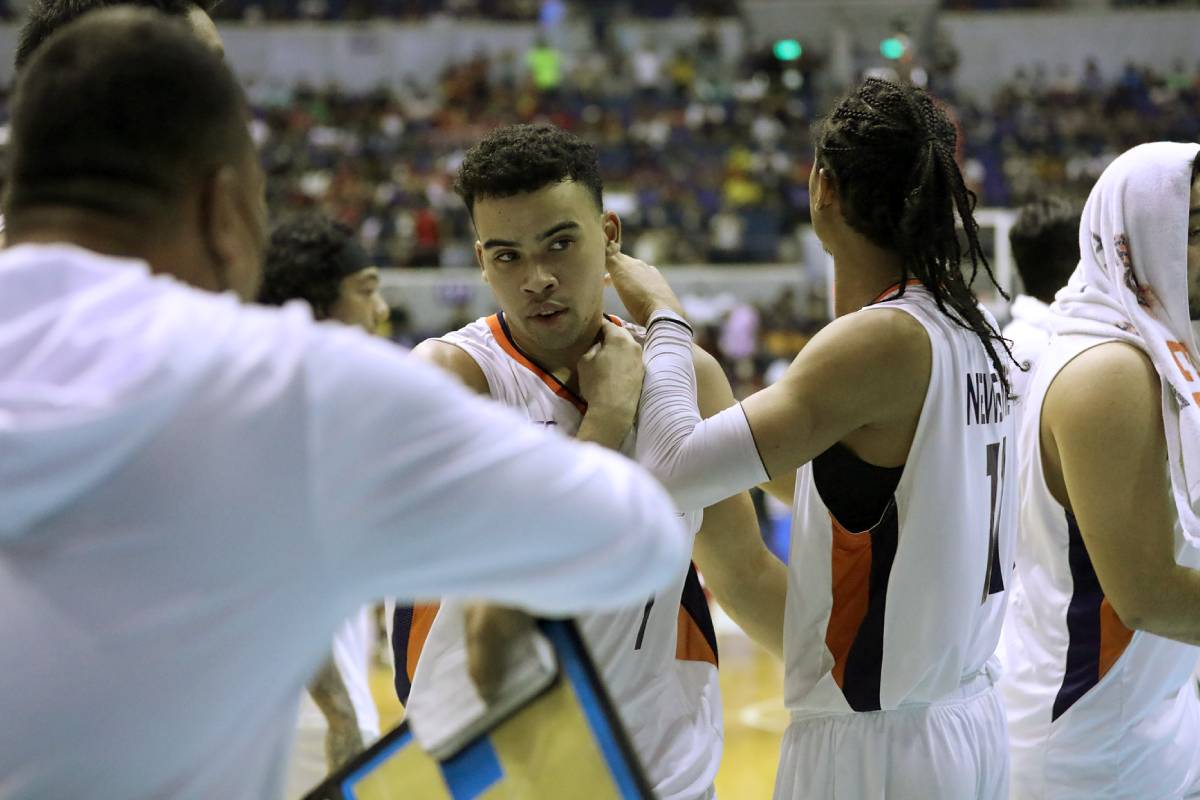 Meralco head coach Norman Black did not hide how proud he is of Aaron and the way he’s grown following his son’s defining moment in Game Six of the 2022 PBA Philippine Cup semifinals versus San Miguel, Sunday night.

The 25-year-old proved his worth yet again with a performance to remember, strapping the entire Bolts on his back in the endgame to tow his side to the 96-92 victory that extended their conference for at least one more day.

“I’m really proud of Aaron, not just ’cause of tonight but where he’s come from as a basketball player,” the decorated bench tactician expressed moments after the pulsating victory at the SMART Araneta Coliseum.

“I think he’s improved a lot over the past couple of years, and his career has been on the upward path here in the PBA,” he added.

There’s no denying that the younger Black has proven himself worthy of his spot in Meralco, and Sunday night was yet another reminder of why as he showed that he could also lead his side in a game so important.

The Bolts trailed by 10 with 4:20 left but pulled off a fiery 16-2 run to close the match, and the last 11 points of which came from the lefty guard.

He made eight of those in consecutive fashion, capped by a huge three-point play that gave them their first lead of the game at 93-90 with 31.5 ticks left.

The Ateneo product, according to his dad, actually asked if he could take charge, thus his glee to see him walk the talk. “I’m happy he took over the game today. He actually told me, ‘Give me the ball and set pick-and-rolls and I’ll get it done,’ and he went out and did it. So, I’m really happy he was able to back up what he was saying out there,” he said.

Black went on to finish with 17 points after scoring just six in Game Five last Friday and his refusal to go on vacation early fueled his performance, which also saw him collect five rebounds and six assists.

“I was really determined kasi kung hindi kami manalo ngayon, uwi na kami eh. Our backs were against the wall,” he said.

He may have starred for his side but Black didn’t take all; the credit to himself, saying that he wouldn’t be able to ball out that way without the aid of the other Orangemen, particularly big men Cliff Hodge and Raymond Almazan.

“It wasn’t only me, it was the guys who were screening for me — sina Raymond, sina Cliff, sila ‘yung nags-screen sa’kin kaya ako nao-open,” said the 2020 Outstanding Rookie. “On defense, naka-stop kami as a team.

“I think in the Meralco family, we like to do things as a team. Without them, I wouldn’t have been able to do that for our team.”