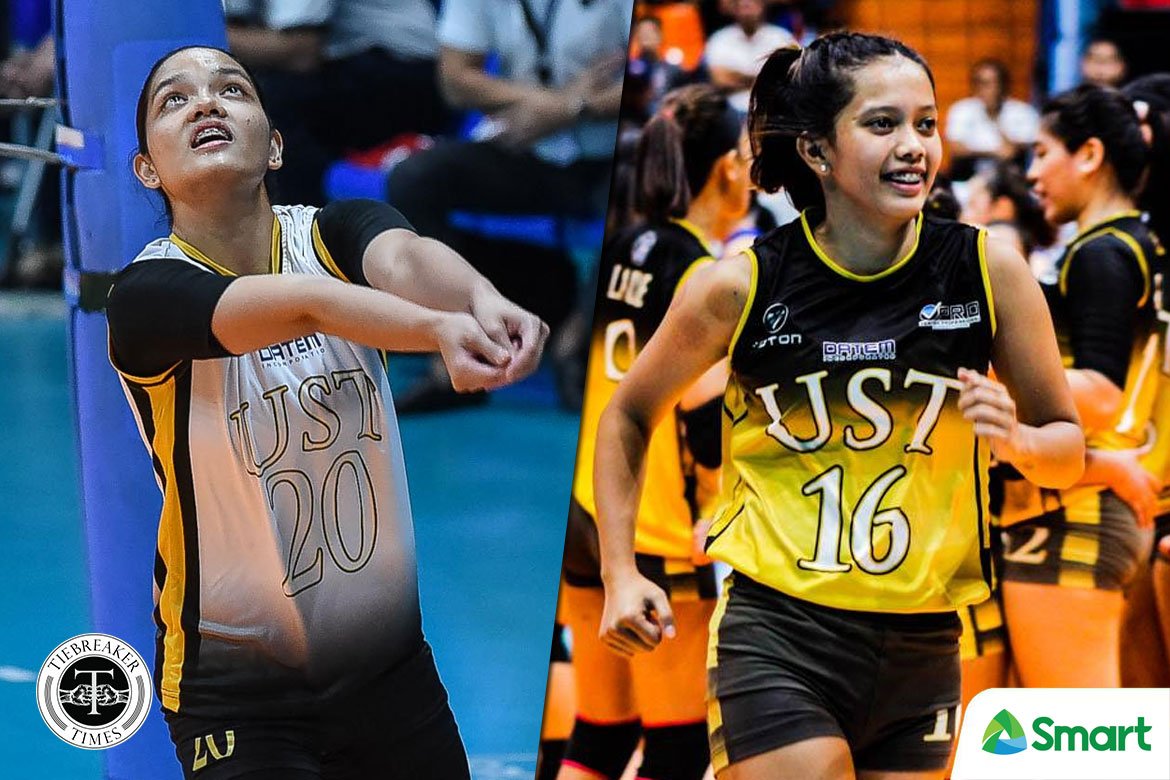 Mafe Galanza will not be suiting up for the University of Santo Tomas in UAAP Season 82, but Maji Mangulabnan will get to see action in the league for the first time.

UST head coach Kung Fu Reyes revealed that Mangulabnan made quite an impression in a series of tune-up matches that happened during the lull brought about by the coronavirus (COVID-19) outbreak. This then led to the decision to withdraw the sophomore Galanza from the 14-woman lineup.

The seasoned mentor made it known that Mangulabnan, Galanza, and even veteran setter Alina Bicar had their fair share of opportunities to prove themselves worthy of a spot in the roster. This time around, though, Galanza is the odd woman out.

The three playmakers also had to jockey for the coveted slots a year ago. Back then, it was Mangulabnan who received the short end of the stick.

Mangulabnan — a proud product of the UST high school program — will likely fulfill Galanza’s role last season. She will serve as a reliever to UST’s main setter Bicar.

According to the league’s eligibility head Rod Roque of University of the East, the act of player replacements are allowed. The decision must happen 48 hours before the start of the tournament, and the chosen subsitute must be in the initial list of names submitted for eligibility process.

“Under UAAP rules eh. Kahit sinong team eh pwedeng mag-submit ng sobrang players kasi nga baka may ma-injure [heading to the season],” added Roque. “But they need to withdraw the excess players forty-eight hours before the start of the tournament.”

The Golden Tigresses will make their much-anticipated season debut on Wednesday, March 4, when they lock horns with the National University Lady Bulldogs.