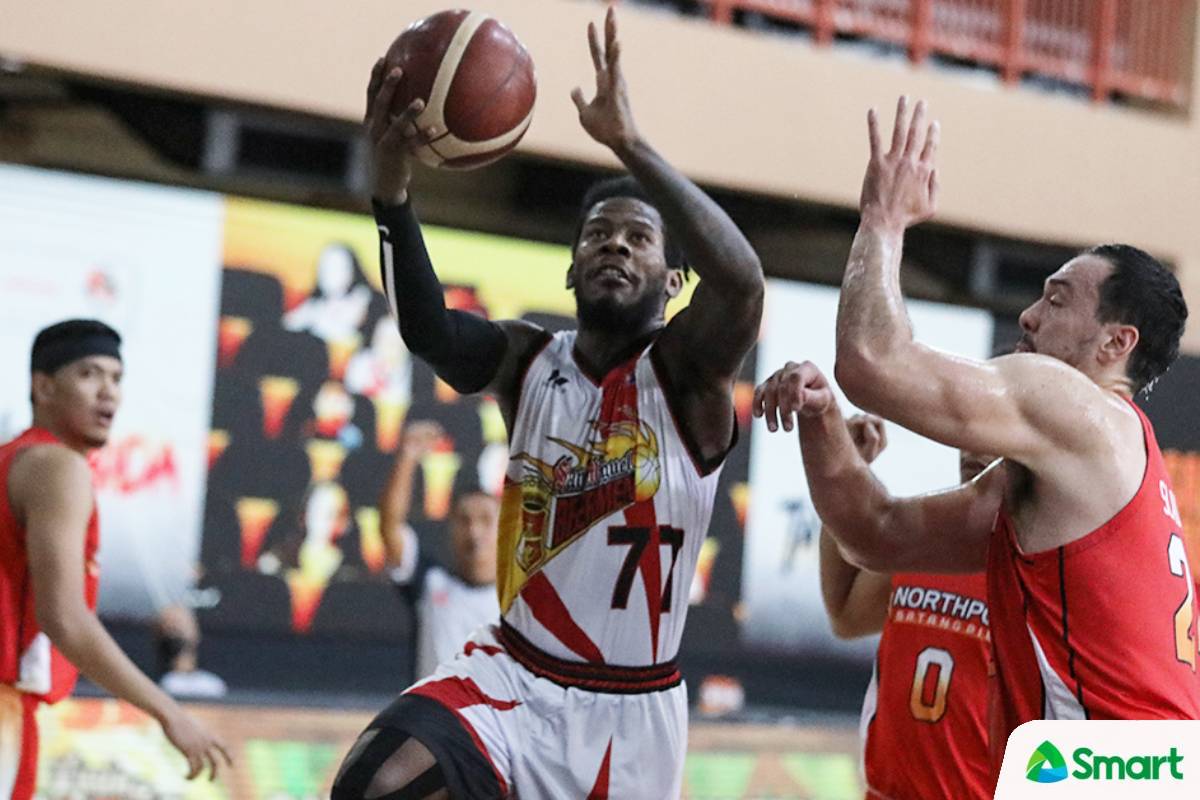 The Beermen warded off a Batang Pier side fighting for dear life towards returning to the semifinals after bombing out of the quarters in last year’s Clark bubble play, where their five-year reign ended at the hands of Meralco.

“We all know that it will not (be) an easy game, because this is a do-or-die for NorthPort. That’s why I told the team na, we have to take this seriously dahil their back is against the wall,” said head coach Leo Austria.

The former five-time all-Filipino champions have set a meeting with long-time corporate rivals TNT in a race-to-four affair, the same team whom they handed its only loss to back in the eliminations through an 83-67 conquest.

“Since we have a chance to get in the playoffs, we’re eyeing the championship. But it’s not easy because there’s a lot of teams playing beautifully. And they improved a lot, especially TNT,” said the decorated mentor.

Seven players finished in double figures for SMB, with CJ Perez leading the pack with 21 points. Mo Tautuaa supplied 17 points, while Marcio Lassiter made 15 markers as he went 4-of-5 from beyond the arc.

Reigning six-time MVP June Mar Fajardo had 12 points and 12 rebounds, as Chris Ross, Arwind Santos, and the returning Terrence Romeo all had 11 markers apiece as the Beermen were finally at full strength.

Romeo completed the squad from a foot injury after Alex Cabagnot came back in Game One of the quarterfinals last Sunday.

“Alam naman natin na sina Alex at saka si Terrence are still struggling. But I know if they will be given some time to practice with the team, I think makukuha nila ‘yun,” said Austria as they now await the semis schedule.

San Miguel managed to build a 13-point separation late in the third quarter, but its foes just would not go away in a bid to extend the series.

However, they failed at their attempts to inch much closer as their shots couldn’t fall. And the tandem of Lassiter and Ross went on to put them away.

Slaughter led NorthPort with 27 points and 12 rebounds in the loss, which foiled the team’s bid for its first semis trip since the 2019 Governors’ Cup.

Rookie Jamie Malonzo made 17 points and eight rebounds. Onwubere had 14 points, as Bolick finished with 12 points, 14 assists, and eight boards.