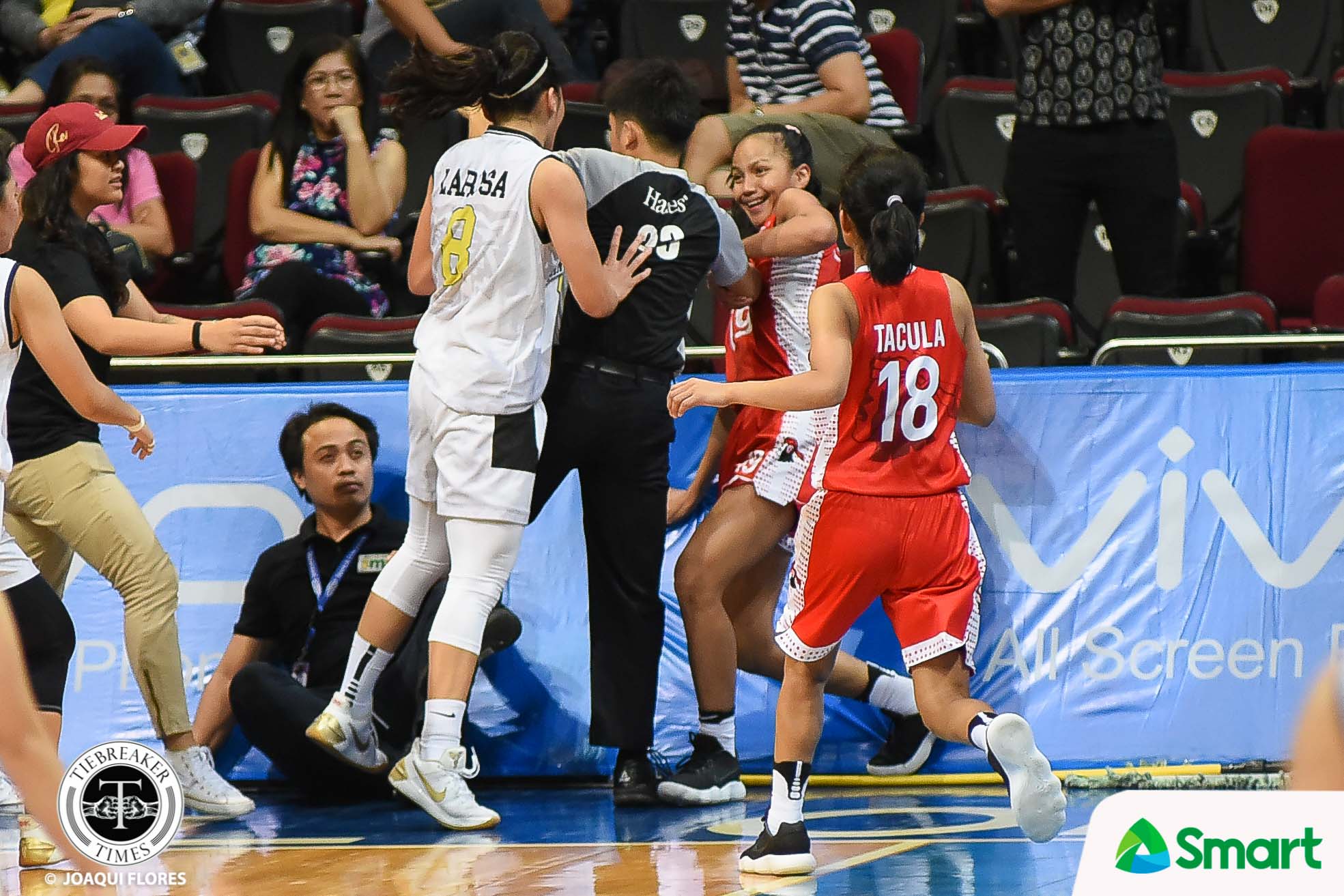 University of the East’s Love Sto. Domingo and University of Santo Tomas’ Sai Larosa are two of the top student-athletes in the UAAP Season 80 Women’s Basketball tournament. Both led their respective teams in the semifinals while being part of the All-UAAP team.

However, the two student-athletes have also figured in heated heads-up encounters in the four games between the Lady Warriors and the Growling Tigresses this season.

And it reached its boiling point on Saturday afternoon.

With four seconds remaining and UE up 68-62, Larosa and Sto. Domingo figured in a physical confrontation,, with the former seen throwing a punch at the Lady Warrior. It almost instigated a bench-clearing brawl that resulted in a disqualifying foul slapped on Larosa and in three UE student-athletes being ejected for entering the court from the bench.

Sto. Domingo, the runner-up for this season’s Most Valuable Player crown, admitted that she had to pull back, not wanting to add insult to injury.

Still, coach Lebornio holds no grudges against the Growling Tigresses, knowing that this was just the result of the heated rivalry that has been budding between the two squads.