In the final stages of the semifinals Game 1 against the University of the Philippines Lady Maroons, National University Lady Bulldogs Team Captain Jaja Santiago was a picture of focus. And with an emphatic block against Justine Dorog, the NU skipper closed out her third consecutive game in as many days.

The 20-year-old has travelled from Laguna to Sampaloc to Pasig just to be with the Lady Bulldogs in their semifinals tilt against the UP Lady Maroons. During the last two days, the 6’6″ middle hitter logged in heavy minutes for Foton Pilipinas during the 2016 AVC Asian Women’s Club Championship.

“Okay naman po, healthy naman.” Santiago casually answered when asked how she was.

But she could not deny the fatigue from travelling, training, and playing for two different squads.

“May pagod pero ginagawa ko na maka-recover agad,” she shared as her voice rasped from the gruelling 72 hours she’d had.

Santiago shared that she always finds time to rest as soon as a game ends. Moreover, she stressed the importance of re-hydrating after every game.

For one of the country’s best Middle Blockers, she just keeps pushing on for herself, for her family, for her school, and for the sport. 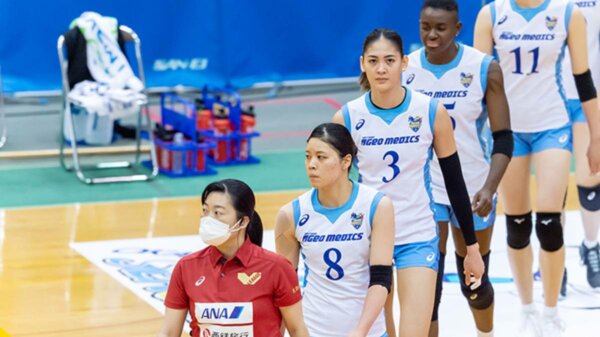