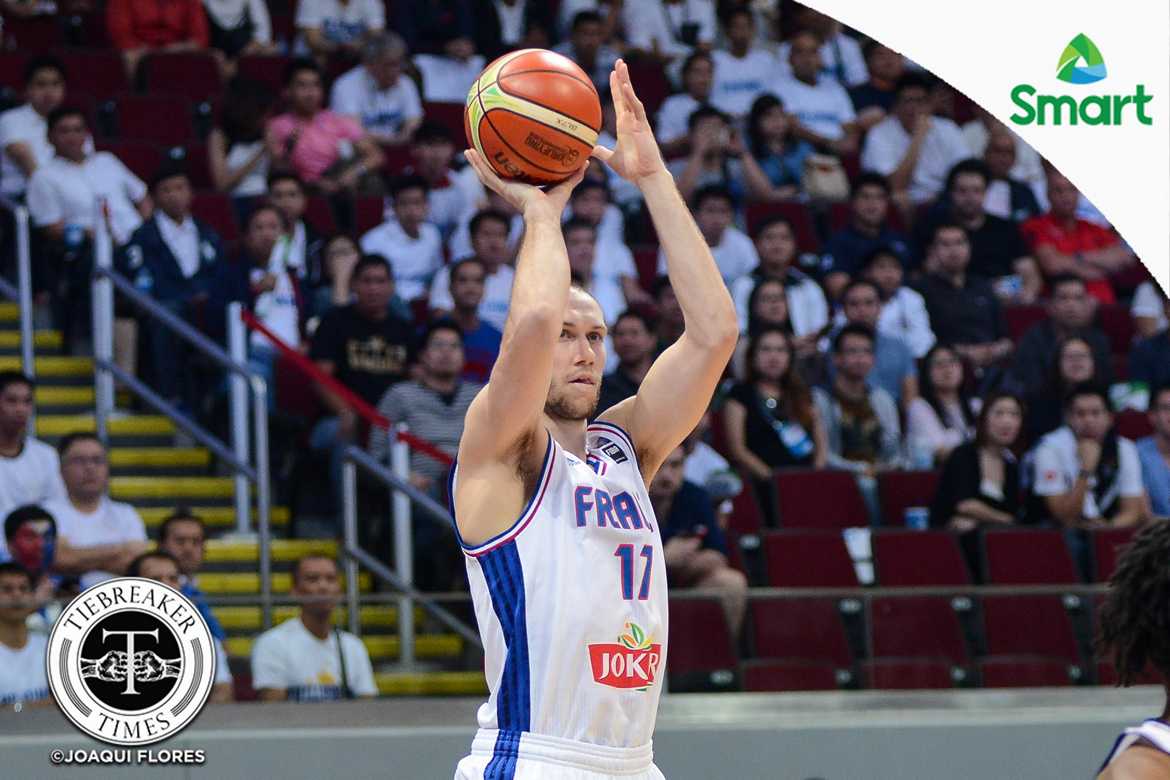 If France got past Gilas Pilipinas on Tuesday behind their star backcourt tandem of of Tony Parker and Nando De Colo, it was the Les Bleus’ bench which gave the team a hard-fought win over New Zealand.

The French national team showed its depth after topping Group B of the 2016 FIBA Olympic Qualifying Tournament in Manila, Philippines, with a 66-59 win over New Zealand on Thursday.

Although New Zealand had the driver’s seat for most of the ball game, the French reserves gave the squad a huge lift in the pay-off period, where France outscored the Tall Blacks, 28-11, to turn the game around and take the win.

Mickael Gelabale was the high point man for the European side with 11 points on 4-for-7 shooting and five rebounds, stepping up for the squad’s struggling starters.

“We just played hard. We just try to stay together, that’s why we won,” Gelabale said.

“The play from the bench gave everything to put the guys in the starting five in a good position.”

Parker and De Colo struggled, scoring only 13 points combined on 5-for-12 shooting after pouring 48 points on 16-for-27 shooting against the Philippines.

Gelabale noted the importance of winning the game to clinch the top position in Group B and avoid an early face-off with Canada.

“It was very important. We wanted to finish first. We knew Canada beat Turkey so we want to play the second of that group,” the 33 year old former Seattle Supersonic said.

Florent Pietrus, who was a plus-12 against the Tall Blacks, said having a solid bench is one quality of top-level teams, whether it’s in international or club competitions.

“Sometimes, the stars don’t play well and the players on the bench have to be ready. Today, Kim Tillie played a great game. We will just be ready for the next game.”

He added that France have been together for a long time and the team knows to deal with tough situations.

“We used to play this kind of game. We have been in this situation so many times. We grew up (in the many years we played) and we never panicked,” the 35 year old shared.

The squad’s focus now is how to beat Turkey move a step closer to the Rio de Janeiro Olympics in Brazil.

“This game is 40 minutes even if we didn’t play well in the first three quarters. We stick together and made a big push in the end of the game. It is good for us. Now we have to rest.”