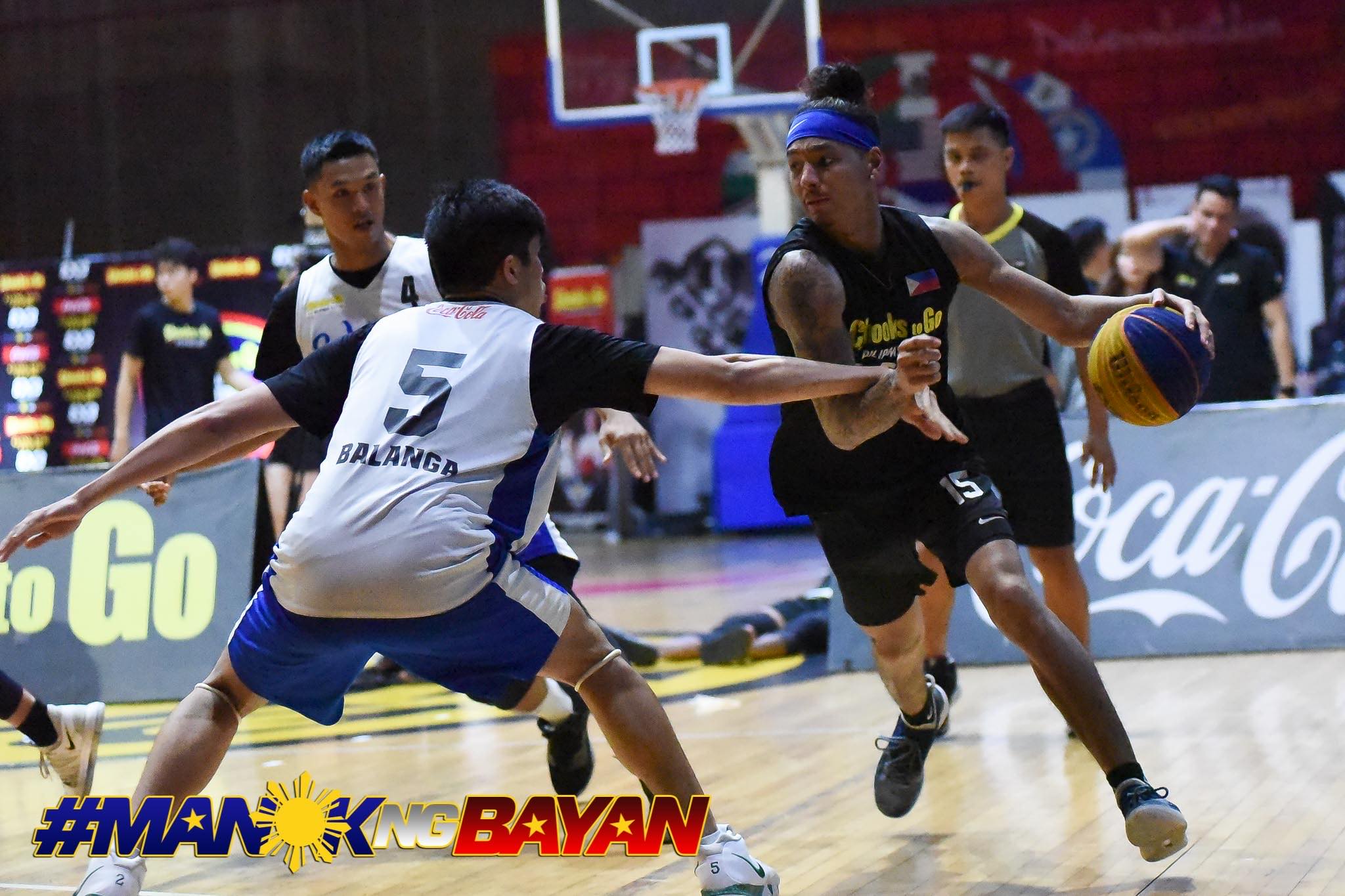 Pasig Chooks’ latest acquisition Franky Johnson proved his worth, scoring the winner to once again beat Balanga, 22-17 (6:33) in the final of the Chooks-to-Go Pilipinas 3×3 MelMac Cup second leg, presented by Gold’s Gym and Coca-Cola, on Saturday.

Johnson scored 12 points in the game, all from downtown — including the game-sealing step-back deuce with 3:27 left.

“It’s been just really fun. We’ve been practicing for a good three weeks every day, just to build our chemistry,” said Johnson, who played for Phenom-Basilan the past two conferences. “We all know each other from playing against each other, [but we’re] now playing with each other all the time.”

It was a repeat win by Pasig over Balanga. The quartet of Johnson, Joshua Munzon, Troy Rike, and Dylan Ababou also defeated Alvin Pasaol, Santi Santillan, Karl Dehesa, and Chris De Chavez, 21-20 (7:59), in the first leg’s finale less than 24 hours ago.

Pasig led by as much as seven points in the finals, 17-10, midway through the game. Though Dehesa and Santillan sliced the deficit down to three late, Johnson stopped the comeback.

Munzon added seven points for Pasig, who sit atop the leaderboard with 200 points and also won P100,000.

Balanga will not be present in the next three legs of the MelMac Cup, since they will compete in the Jeddah Masters.

The third leg of the MelMac Cup takes place on Wednesday, October 16, still at Gold’s Gym Sheridan in Mandaluyong City.