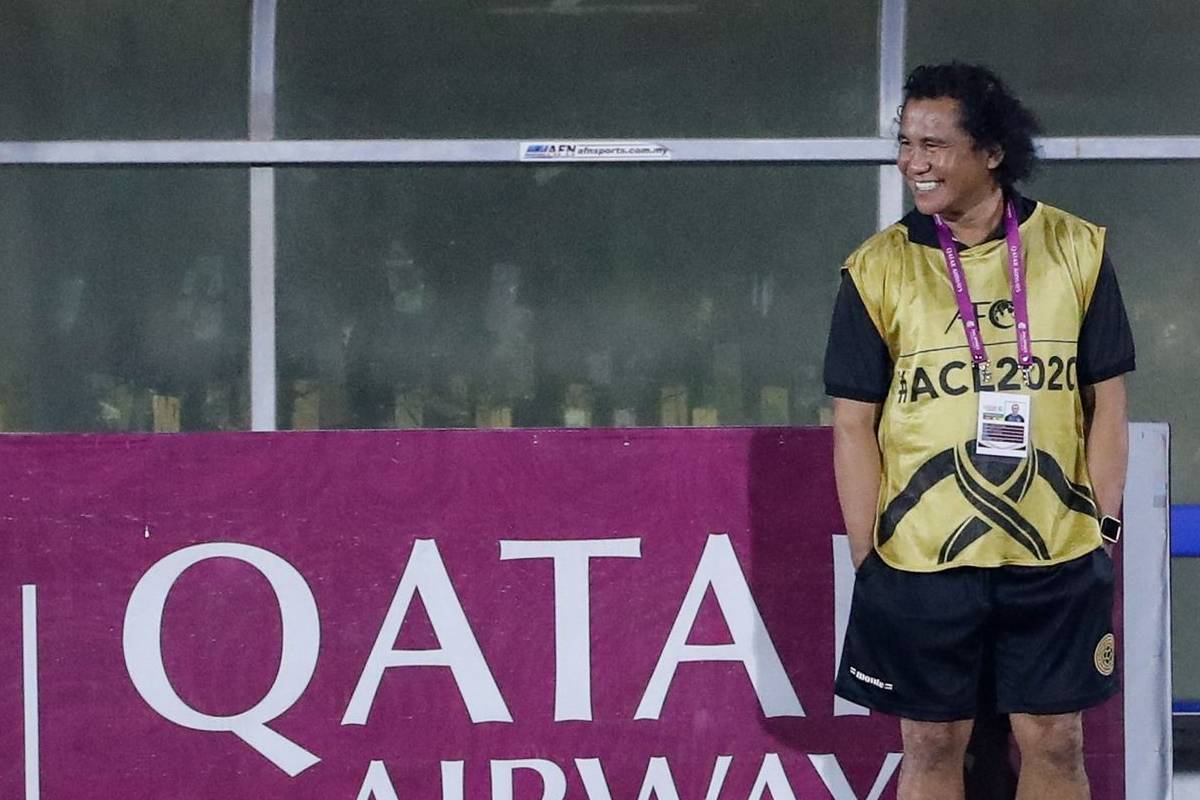 Being the coach of a powerhouse team is never as easy as it first seems.

On one hand, the instructor has many top players to pick from. On the other hand, the inability to win with them is essentially utter failure.

This is the burden on coach Frank Muescan’s his shoulders with his appointment as head coach of United City.

With the likes of Stephan Schrock, Bienvenido Maranon, and Mike Ott at his disposal, anything less than a champion finish in the 2020 PFL Season sponsored by Qatar Airways would have been an embarrassing result.

“Alam mo ‘yung matagal na kasi sila nagsasama… More than four years. ‘Yung team understanding, player to player, at team as a whole, nandiyan na eh. So all you have to do is to identify the weaknesses of the opponent,” said the veteran mentor after his side demolished Stallion Laguna, 7-1, last Friday to seal the crown.

United City’s dominance this season makes it easy to forget that the club faced a time of upheaval earlier this year, when it experienced a change of ownership.

Following that development, its successful coach, Risto Vidakovic, decided not to take part in the new project.

While English manager Trevor James Morgan was announced as the Serbian’s replacement, he was unable to arrive in the country to take charge.

With this backdrop, Muescan would have been a convenient scapegoat had his players played subpar and let the league title slip. But with four straight wins, 24 goals scored, and only one conceded with a game left in their current season, it is safe to say that the former Global coach led his side well this year.

“Nung pumasok ako as a head coach, ang dali lang. Me and Schrocky, parang kami ‘yung dalawa na nag-usap about kung ano ‘yung takbo ng team, ano ‘yung approach sa training. It’s not only my opinion, but the opinion of Schrocky and the rest of the staff.”

Stepping into the limelight of one of Philippine football’s biggest coaching jobs is never easy. Just one misstep will lead to a barrage of criticism from the fans, management, and even players.

In a sense, it helped the former Green Archers United assistant that everything simply fell into place.

“Ang kagandahan lang, I’ve been with them. Madali lang makipag-gel, makikisama sa kanila, and they know me dahil naging part na rin ako ng team nila. So ang dali lang when it comes to blending, when it comes to acceptance at respeto. Mabilis lang.”

Ultimately, the 2020 PFL title was United City’s to lose, but Muescan led the club across the finish line in impressive fashion.

There is no telling what the future holds for him, but it cannot be argued that he has already secured his place in the history of the club and Philippine football.