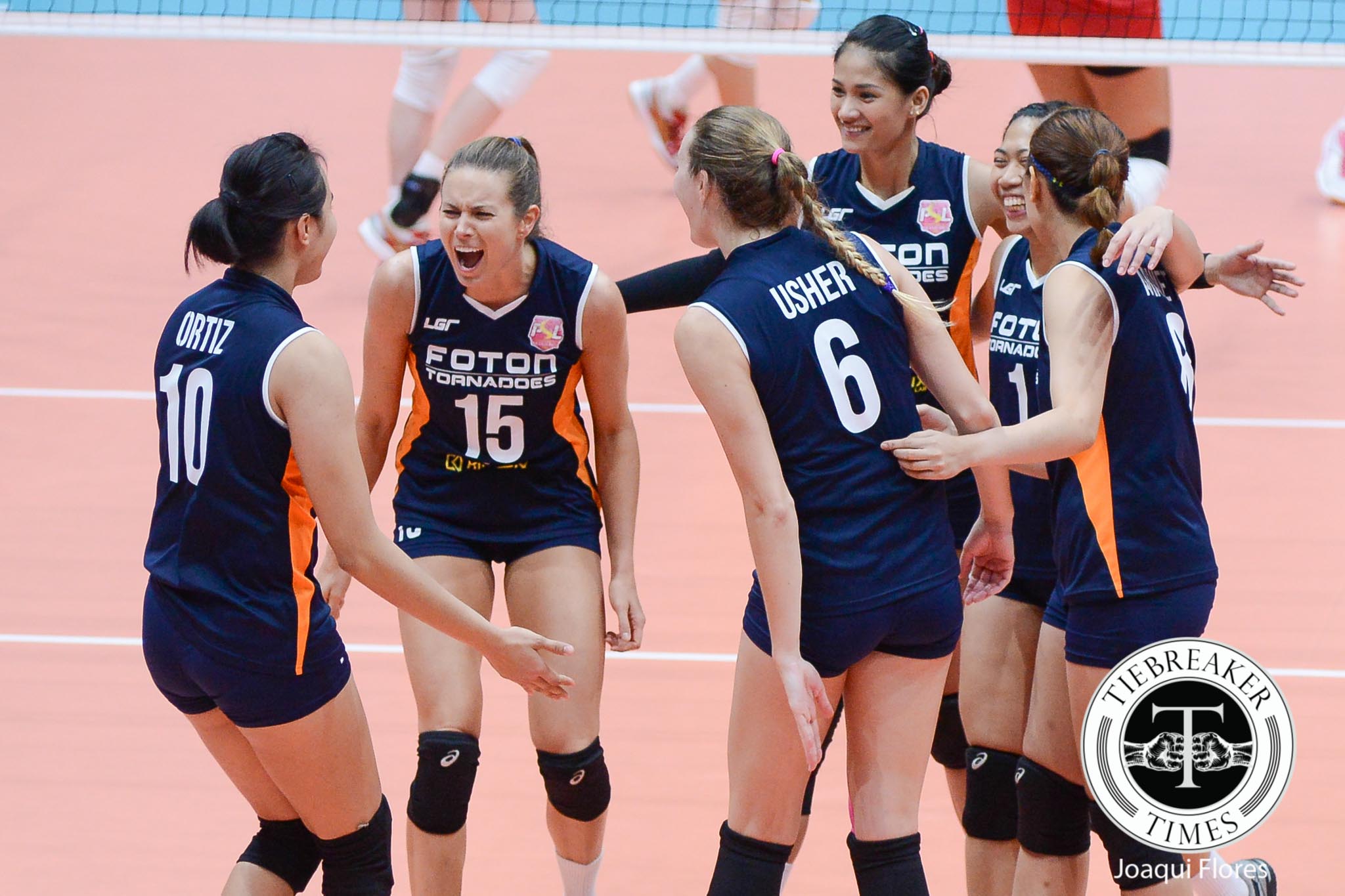 Although both teams were missing a key player, the Foton Tornadoes did not miss a beat, cruising to their fifth straight win after trouncing the Cignal HD Spikers, 25-17, 25-21, 16-25, 25-14, in the Philippine Superliga Grand Prix at the Filoil Flying V Centre.

The defending champs were without starting middle hitter Jaja Santiago, who was in Japan, training with her college team National U, while Cignal missed the services of import Lynda Morales due to a sprained left ankle.

The Tornadoes still kept a frantic pace without Santiago, relying on their serving and reception to overwhelm the HD Spikers. The Tornadoes’ offense produced 52 spikes to Cignal’s 37, and 11 aces to Cignal’s eight; both stats spelled the difference in the match.

“I think this would have still been the score if both our teams were complete,” said Foton head coach Moro Branislav. “Cignal is a good team but I think we could still produce the same outcome with Jaja and Lynda there. Our team played pretty well today.”

Branislav thought that Cignal were  bound to get a set over them given their roster and the nature of his players to relax.

“Cignal wanted the third set more. Normally I would be more expressive towards my players if they did not play to full potential but I was confident that they could recover.”