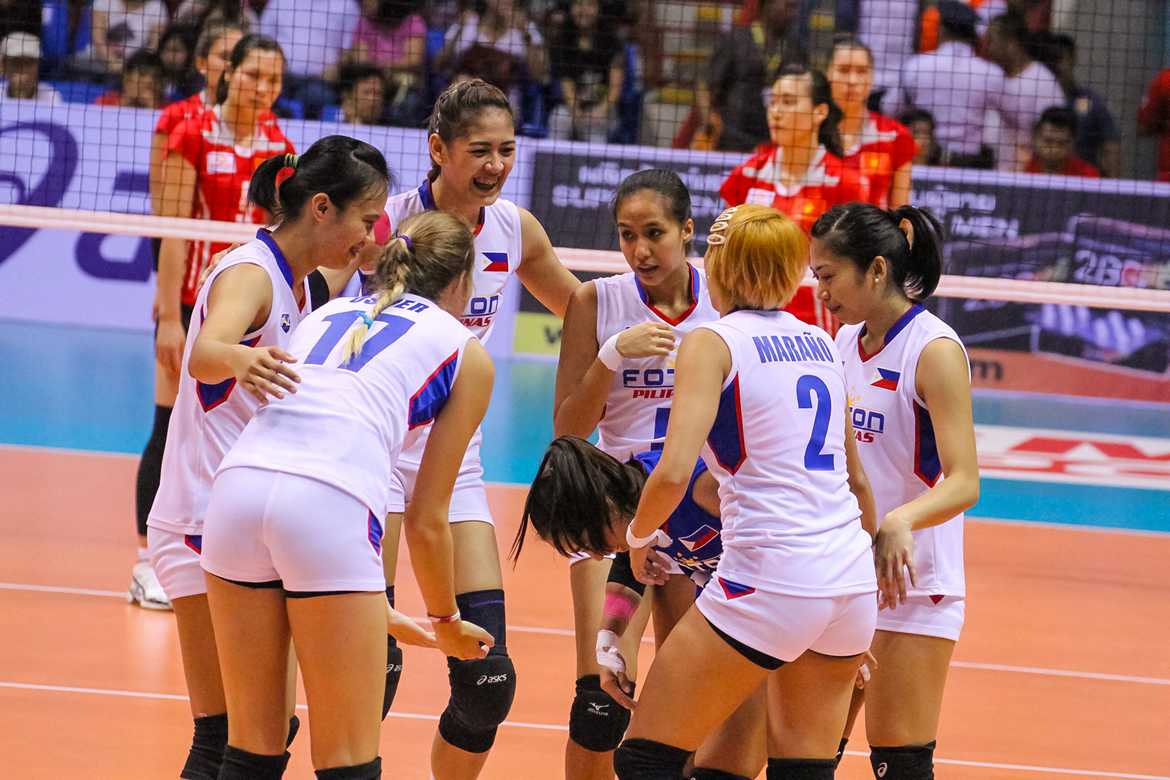 Foton Pilipinas suffered their first set back of the AVC Asian Women’s Club Championship falling in five sets to Vietnam’s Thongtin Lienvietpostbank VC 18-25, 25-19, 25-20, 12-25, 15-8 in front of a ruckus home crowd at the Alonte Sports Arena in Biñan, Laguna.

Foton struggled mightily to establish their offense in the first set as Vietnam rained heavy serves and attacks with blistering speed. Pilipinas managed to keep the set close, knotting at 10 after back-to-back Jovelyn Gonzaga hits then trimming a four-point deficit down to two, 17-19, after a block and hit from Ariel Usher. But the defending PSL Grand Prix champions surrendered costly errors down the stretch, allowing Vietnam to take the set with a 6-3 blur.

Slotting in Cherry Rondina at one of the open hitter spots, Foton battler hard in the second set. Trading blow for blow, Pilipinas forced an 18-all tie and a Vietnam timeout. From there, National Team veteran Jovelyn Gonzaga and Rhea Dimaculangan helped Foton take seven of the next eight points through their attacking and serving, respectively.

Pilipinas continued to roll in the third frame, erasing a 12-15 Vietnam lead and earning a 17-15 advantage thanks to the solid serving of team captain Jaja Santiago. American import Ariel Usher and libero Jen Reyes took control of the frame in the crucial stages. Reyes kept points alive with heads-up defense while Usher smashed hits in the transition to take Foton into the fourth set with a 2-1 lead.

The Vietnamese exacted thorough revenge in the fourth set, burying Foton in a ten-point hole, 18-8, to force a decider.

Ariel Usher kept Pilipinas in pace to start the final set, scoring all three of Foton’s first points to force a 3-all tie. But Vitenam slowly pulled away, taking a 12-7 lead after toughing out consecutive long rallies and nailing a block on Aby Maraño.

“We gave up a lot of silly errors and points. There are a lot of things we need to adjust and to learn from this match. There were adjustments that we made that we thought were going to work better for us but just didn’t work,” said Foton’s Italian head coach Fabio Menta.

“Maybe we played a little soft when we won the two sets because we knew that we needed to get a point to secure a set. But we can’t keep allowing that to happen.”

Foton was without American import Lindsay Stalzer who is suffering from back spasms. Her status will be monitored the next few days to see if she can keep playing.

Usher led Foton with 20 points, Gonzaga pitched in 16, while Santiago finished with 12.

With the five-set loss, Foton still gained a point to tally three in the group stage and qualify for the next round where they’ll face Japan and Kazakstan. 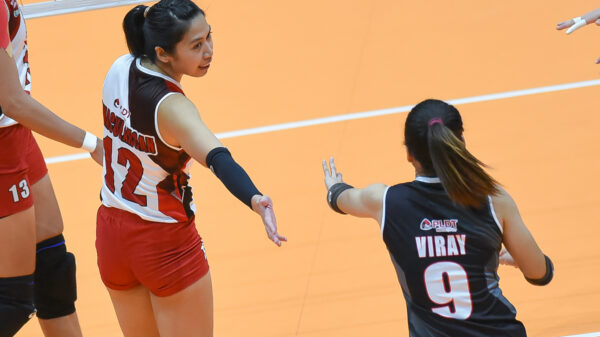