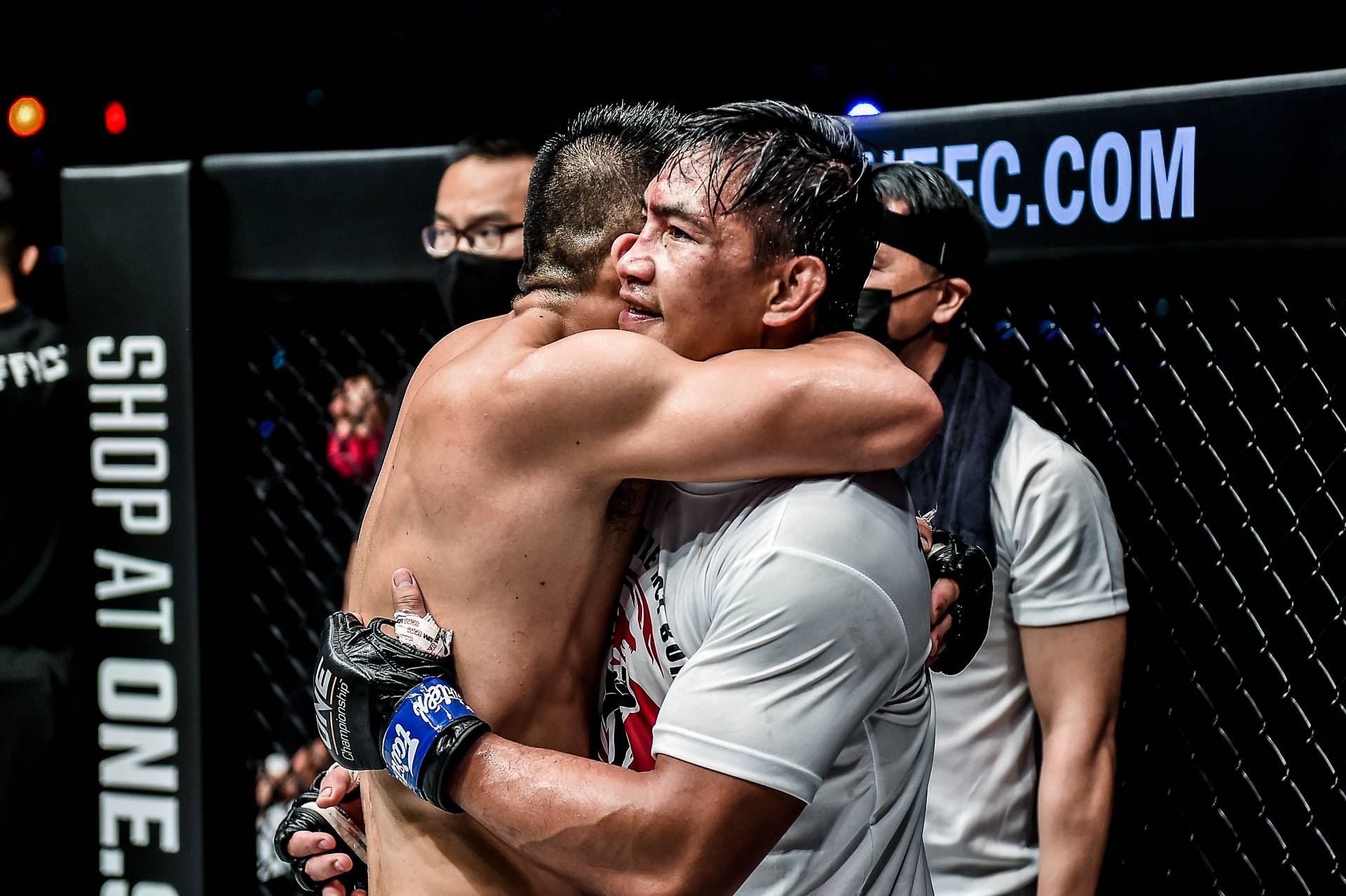 Former ONE Lightweight World Champion Eduard “Landslide” Folayang has been sizing up his next opponent before he returns to mixed martial arts, and he likes what he sees.

Folayang takes on Edson Marques in a three-round lightweight MMA bout on the lead card of ONE Fight Night 5: De Ridder vs. Malykhin on the morning of Saturday at the Mall of Asia Arena, and the soft-spoken Filipino couldn’t be more excited for his next assignment.

Marques will be more than willing to stand and trade with Folayang, who himself is a dangerous striker, but it’s something that the Filipino welcomes.

“He’s also a striker. He comes from a Muay Thai background, and that’s good for me because that will bring me closer to where I truly want to be – the winning track,” Folayang said ahead of ONE’s return to Manila, Philippines.

“Looking at his previous fights, [Magomedaliev] tagged him with a right punch before [Tetsuka] finished him with a left. Then he beat [Kyung], a striker, via decision so I truly expect this fight to be settled on the feet.”

It also helps that Folayang is fresh off a morale-boosting win in the striking arts. He returned to his Muay Thai roots to face John Wayne Parr in the legendary Aussie’s retirement bout this past March.

The 39-year-old noted how his confidence in his striking has grown since facing Parr, and when he mixes that confidence with his already deadly wushu, expect Folayang to be an even more lethal fighter.

“That’s the time when I felt like my striking capabilities [were] so much better, as I was able to hang with John Wayne Parr. The fact that I stood toe-to-toe with him, means I’m world-class. That’s a huge confidence booster,” he said.

But just because he’s confident on the feet doesn’t mean that Folayang will forget about all the other facets of his game, as he plans to keep Marques guessing on fight night.

“Expect a fantastic performance from me against Edson Marques,” he said. “I’m looking for a KO or, I don’t know, maybe I’ll go for submissions. We never know.”

In this article:Edson Marques, Eduard Folayang, ONE on Prime Video 5, Team Lakay