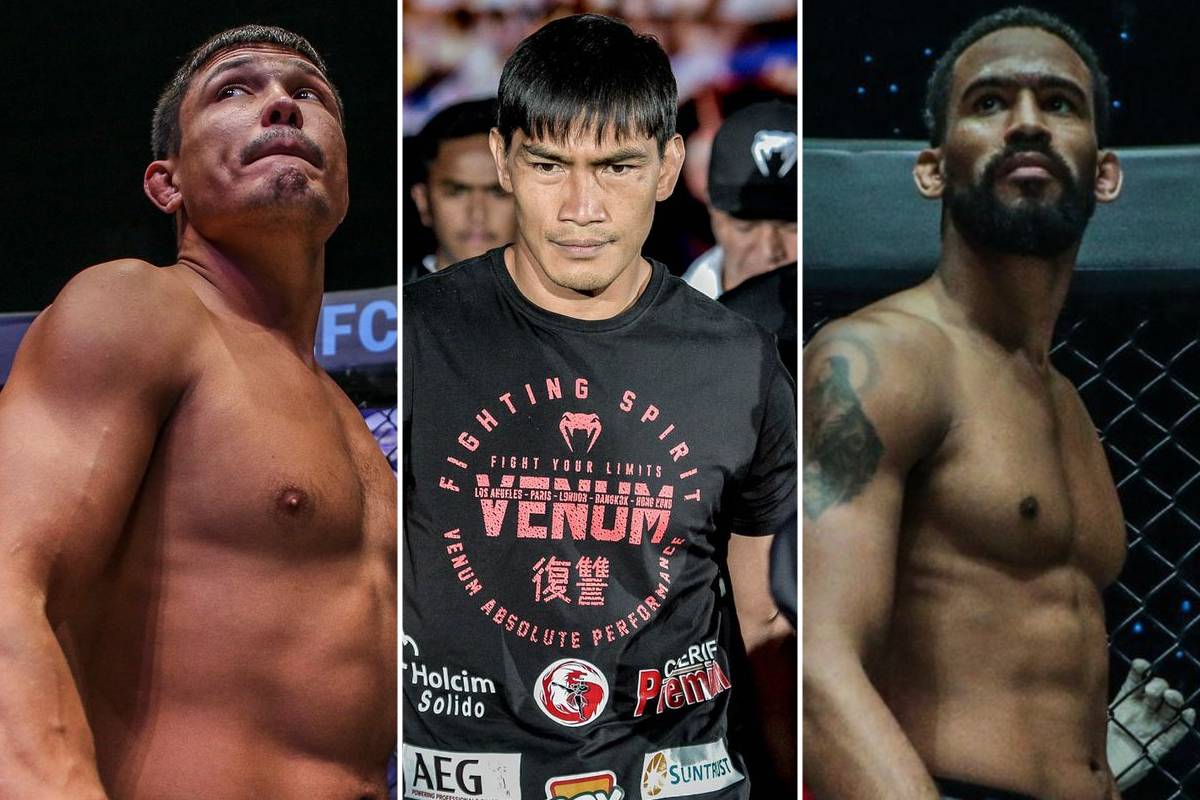 Having faced both men, Eduard “Landslide” Folayang is just the man to predict the highly-anticipated showdown between ranked lightweight contenders Pieter Buist and Timofey Nastyukhin which happens on Friday evening at ONE: Inside The Matrix.

Folayang, who lost to both men, has experience dealing with the strength of the two fighters and has a good idea of how the fight will go down.

“This will be an interesting match between two good strikers. You have one guy who is very technical and long in Buist, and then you have another guy who is very powerful and aggressive. They are two highly-ranked lightweights, so the winner will definitely be moving up,” said Folayang.

“I cannot say who will win this, because both of them have their own areas of strength. Timofey is the more aggressive fighter, but Pieter knows how to use his advantages, specifically his height. It’s going to be an interesting match for sure, and as a fan, it will be fun to watch. If you like action-packed fights, this one should not disappoint.”

Buist is ranked third overall in the ONE Rankings, while Nastyukhin sits just beneath him at fourth.

Number one contender Iuri Lapicus recently lost via first round technical knockout to reigning ONE Lightweight World Champion Christian Lee, while the number two ranked Saygid Guseyn Arslanaliev dropped a unanimous decision to Lee last year. That leaves Buist and Nastyukhin logically next in line to face the champion.

As not just a fighter, but also a fan of the sport, Folayang doesn’t need much to get excited for this one, given the stakes.

“The winner here could very well earn a title shot.

“It’s going to come down to who wants it more. It’s a great contrast of styles, one that should produce a fun fight. Fans will be happy with whatever happens. Whoever wins this fight, it will prove they have the skill set to challenge Christian for the world title,” said Folayang.

Folayang himself wouldn’t mind rematches with either Buist or Nastyukhin, if the opportunity presents itself.

The 36-year-old former champion continues to work hard in Baguio City in order to make a run at a third title reign.

“Probably in the future. I will fight anyone, I never back down from a challenge.”

In this article:Eduard Folayang, ONE: Inside The Matrix, Pieter Buist, Team Lakay, Timofey Nasthyukhin