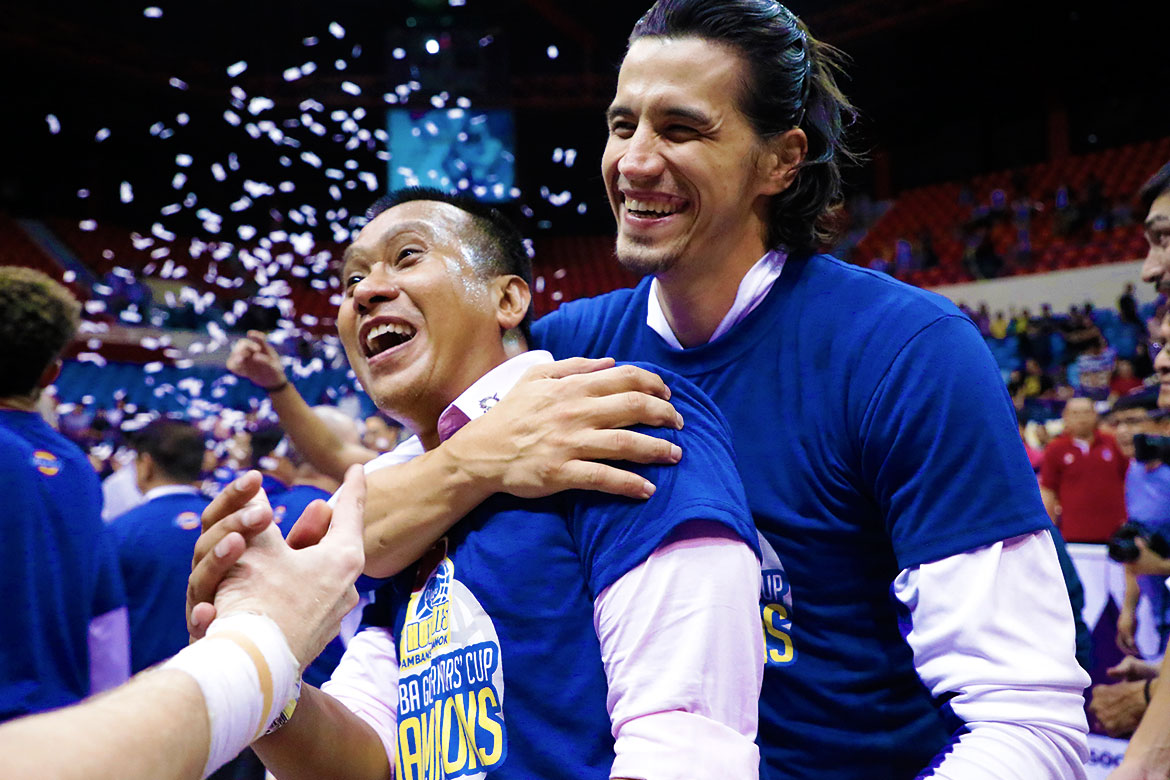 As the buzzer sounded and the confetti rained down, the Magnolia Hotshots started to jump in euphoria, embracing the teammates closest to them. After all, that was the moment they’d been waiting for after the agony of a four-year title drought.

They shouted their lungs out, jumped their hearts out, then realized they had to hail the mastermind of this monumental triumph.

The Hotshots swarmed their mentor Chito Victolero, their mentor. Because they had not only reached their championship dream – they had helped Victolero realize his.

Magnolia are champions again; meanwhile, Victolero has his first-ever title as a mentor in the big league.

“I don’t know the feeling, but nagtatalon ako,” said Victolero, who was still uncertain of how to feel, much less what to say after winning his first head coaching ring.

Prior to his short-lived PBA career, Victolero was already a born-winner. He had victories in the NCAA with the Mapua Cardinals; as well as in the Metropolitan Basketball Association with the San Juan Knights, and in the Philippine Basketball League with the Stag Pale Pilsen.

But winning as a coach just has a better ring to it, according the 43-year old mentor, whom the Purefoods franchise tapped to take over from Webb in 2016.

The main difference for him is the camaraderie between his players, whom he has treated as just brothers and peers.

This explained why Victolero is not taking the credit alone. Instead, he deflects it to his wards, who rose from being regular bridesmaid finishers last season to champions this conference.

Romeo Travis grateful to Magnolia for making return worth it

Finally, Jio Jalalon can call himself a champion