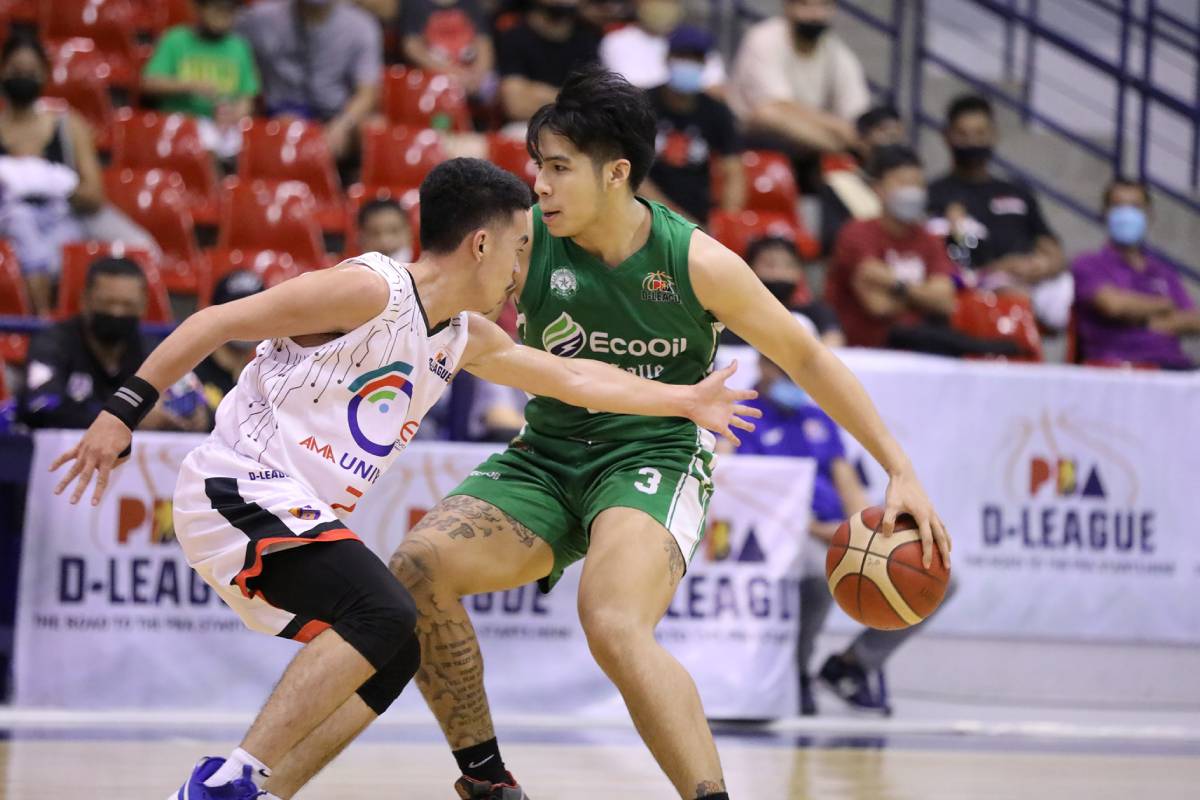 De La Salle University showed no signs of tiredness as it drubbed San Sebastian College-Recoletos 75-47 in Group B action of the 2022 Filoil EcoOil Preseason Cup, Sunday in San Juan City.

This is the second match of the day for the Green Archers and the Golden Stags.

Both teams participated in the 2022 PBA D-League Aspirants Cup. La Salle lost a 64-72 match against St. Clare while San Sebastian gained an 82-74 win against Marinerong Pilipino.

La Salle stayed in the top spot of Group B with a 5-0 record, while San Sebastian got an even 2-2 win-loss record in the group.

The Green Archers saw their lead extend to its biggest at 30 points, 71-41, with Bright Nwankwo splitting his free throws with 1:35 left remaining in the game.

“Well, I think I have to give it to the boys din. We were ready for the two games no? We had two games today. We still played hard even though San Sebastian put aTteam B [to play], Team B inilagay [nila], so we still played hard. And guys that needed more minutes really played a lot today just like that,” said La Salle head coach Derrick Pumaren.

Isaiah Blanco led the Green Archers with 16 points and a rebound, while Penny Estacio added 12 points, an assist, and a steal.

Raven Cortez topped the boards for La Salle with 10 to go with four points. Nwonkwo supplied eight markers as well along with nine boards.

La Salle will look to extend its undefeated streak against Jose Rizal University on Thursday at 3:00 PM. On the other hand, San Sebastian will look to recover by facing Lyceum of the Philippines University tomorrow at 5:00 PM.