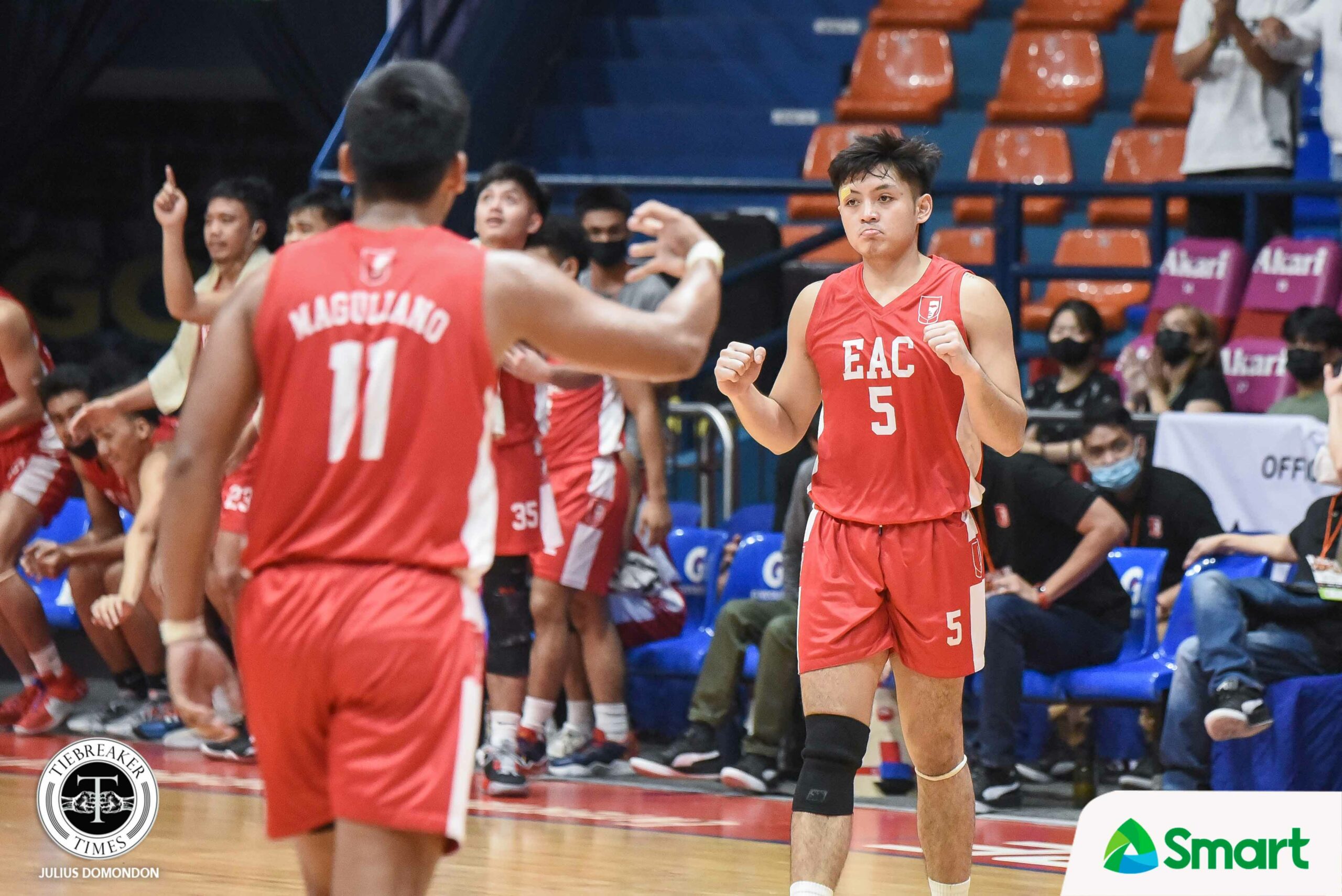 Emilio Aguinaldo College opened its preseason campaign triumphantly, following a 72-65 escape win over University of the East in Group A of the Filoil EcoOil Preseason Cup on Monday morning in San Juan City.

Trailing most of the game, the Generals started to get their footing right in the fourth quarter started by Doria’s triple at the 3:22 mark to give them the 63-62 lead.

“Very evident that we were tight. I don’t know, maybe because it’s a UAAP team I told them if you’re gonna get pressured, any x’s and o’s won’t work. So basically that was the adjustment on their part because technically wala naman kami binago e,” said Generals head coach Oliver Bunyi.

Ralph Robin followed it up with a triple of his own, while Nathaniel Cosejo knocked down two free throws to extend the margin to six, 68-62.

Calvin Payawal was able to sink a three for the Generals but was quickly answered back by Cosejo’s goal stab.

The Red Warriors committed a crucial turnover after their timeout that led to John Paul Maguilano foul. He made both free throws to bury the Red Warriors to a seven point defeat.

Magualiano also provided in the scoring department with 13, while Nat Cosejo added seven points and 10 boards.

For UE, Calvin Payawal and Paranada finished with 12 and 10 respectively coming from off-the-bench.

Before that, the Red Warriors were actually up by as much as 13 in the second canto before the Generals decided to turn things around in the second half.

Up next for the Generals is Arellano University, while UE is set to face UAAP champion University of the Philippines both on Wednesday.