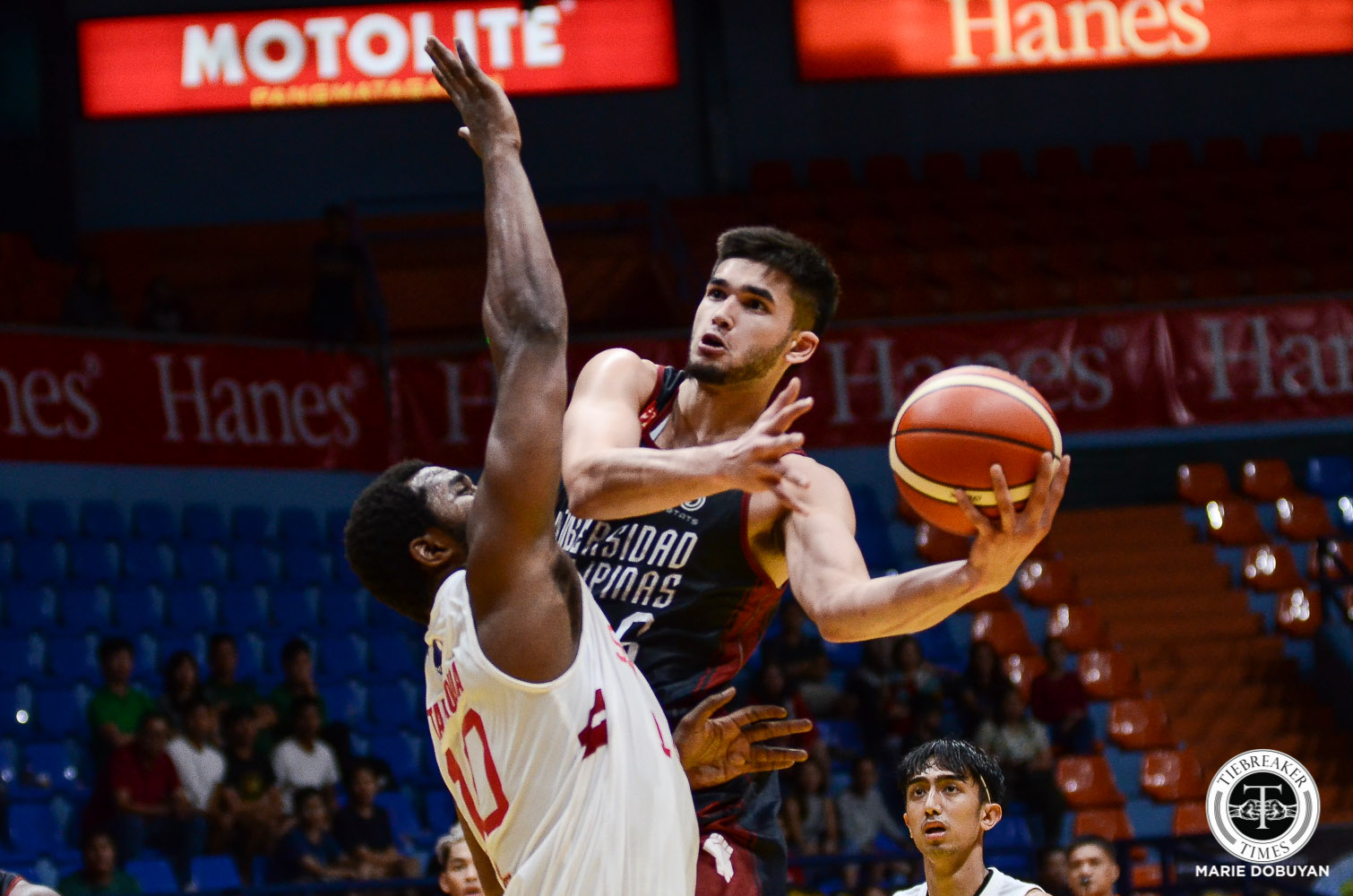 The Filoil Flying V Preseason Cup debut of the University of the Philippines did not go as planned.

Then during the third quarter of the game, another man went down for UP, as Ricci Rivero fouled out with three minutes still left in the frame.

But those are not excuses, according to Kobe Paras.

“Not an excuse. We are sixteen strong.

“We just have to get used to playing even if we are not complete. It’s sixteen people in this team and not just five,” said the second generation Isko, who was suiting up for just his second preseason tournament for UP.

With Rivero out and Bright Akhuetie having an off night, the 6-foot-6 utility forward did the heavy lifting for the Fighting Maroons, especially during late in the contest.

But for Paras, their goal in this tournament was not to rack up wins. The goal of UP is to build brotherhood and camaraderie for the upcoming UAAP season.

“I’m looking forward to the next games. We are not really looking to just win, we are looking to get better.

“There are a lot of ‘experts’ in basketball, who talk a lot, and think that it is easy to create a team and play right away. Especially in college basketball, you have to build a connection and gel together,” he opined. “So that is what we have to work on in the next couple of games. That’s what I’m looking forward to – getting better.”