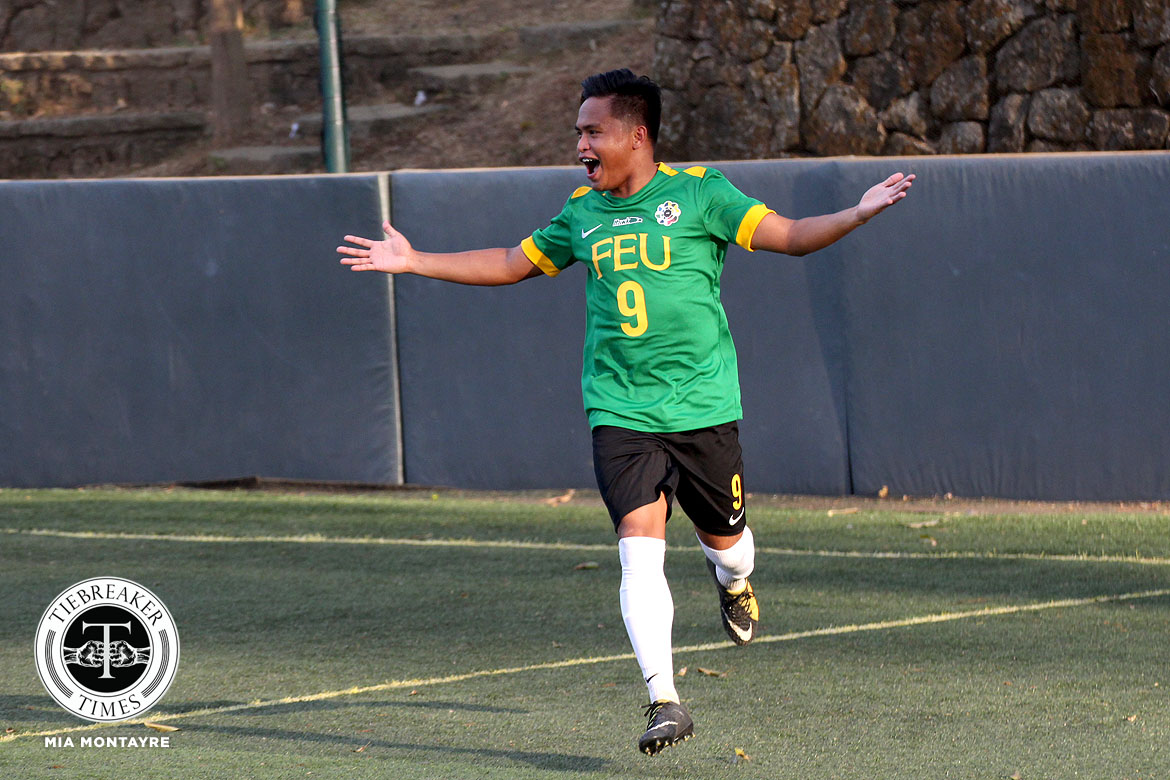 Following a dismal start to the UAAP Season 81 Men’s Football Tournament second round, the Far Eastern University Tamaraws were in a precarious position in their quest to clinch a Final Four ticket.

However, everything is rosy again. The Tamaraws now have a two-game winning streak, after they defeated the Adamson University Soaring Falcons, 4-1, Thursday afternoon, at the FEU-Diliman campus.

“(When the second round started), first game Ateneo, second game UST… Our players (were) a little bit loose in their minds,” said FEU coach Park Bo Bae. “We had time to fix it and luckily, when we played against NU, we overcame the mental (issues).”

Dominique Canonigo set the tone for the Tamaraws when he intercepted the ball in midfield and converted Poi Saldivar’s assist in the 42nd minute to break the deadlock for FEU. Saldivar then turned from provider to scorer two minutes after halftime, with a cool finish to hand the Morayta-based team a sizable cushion.

Already two goals down, Adamson saw some light at the end of the tunnel courtesy of Allen Lozano. From Kim Bardaje’s corner kick, Lozano flicked the ball past FEU goalkeeper Dave Parac in the 57th minute to give his side hope.

But Lozano’s goal was as good as it got for the Soaring Falcons. Tamaraws substitute Alex Rayos, Jr. took advantage of some poor marking from the Adamson defense to score off a corner and seal all three points at the 73rd minute.