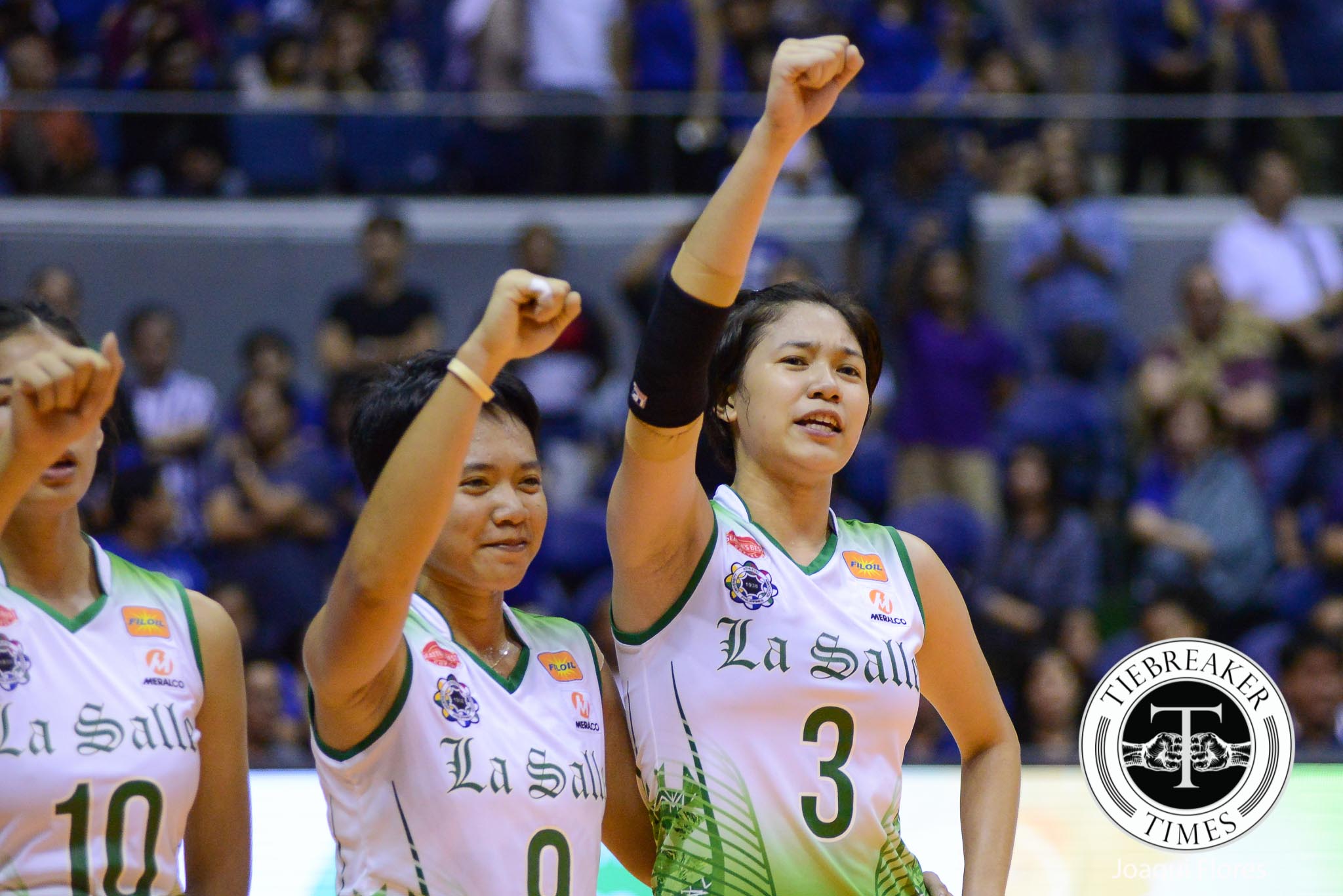 Team captain Kim Fajardo and middle blocker Mika Reyes were two of the many factors that led to La Salle’s drought-ending 25-22, 25-14, 25-18 win against the Ateneo Lady Eagles last Saturday at the Smart Araneta Coliseum.

Displaying a rare feat, setter Fajardo led all scorers with 13 points, including 7 service aces, and had 16 excellent sets, while Reyes followed up with 9 points and 2 kill blocks. And with those strong performances, former Lady Spiker Aby Maraño was definitely thrilled to see the growth of her former teammates.

Going into further detail, Maraño cited that Fajardo’s leadership and uncanny approach to the game made her team click.

“Super! [She was] dominating through service [and] setting. Even in spiking, nakita mo naman it’s not the usual Kim Fajardo but kapag pumalo siya, nakakapuntos siya at nakakadeliver siya,” Marano remarked. “So, it’s a total package for Kim and before the game I actually talked to her na God gave you the ability to be a leader and it’s your responsibility for the team.”

On the other hand, Maraño also noted on how Reyes’ impact and aggressive play have greatly benefited the Lady Spikers. Once a raw prospect, Aby now believes that Reyes’ efforts in honing her craft finally paid off.

Moreover, Maraño cannot help but notice shades of herself after seeing the way the Lady Spikers performed against the Lady Eagles. Fans and athletes know all too well that Maraño is one of the most animated players to suit up in the UAAP. As La Salle displayed in their Finals rematch, in every point they scored, in every successful kill block and in every successful service ace they had, it will always be capped off with a very thunderous celebration.

Lastly, with this big La Salle win preventing the possibility of an elimination round sweep, Maraño believes that it will create a ripple effect in the league. For the past two years, Ateneo was an unstoppable team, and their 24-game winning streak can attest to that. With each passing game, they became a tougher puzzle to crack and sometimes they looked invincible on the court. But now, the Lady Spikers’ statement win will surely serve as an inspiration and will give hope to the other teams in the league whenever they are faced with such a gargantuan task.