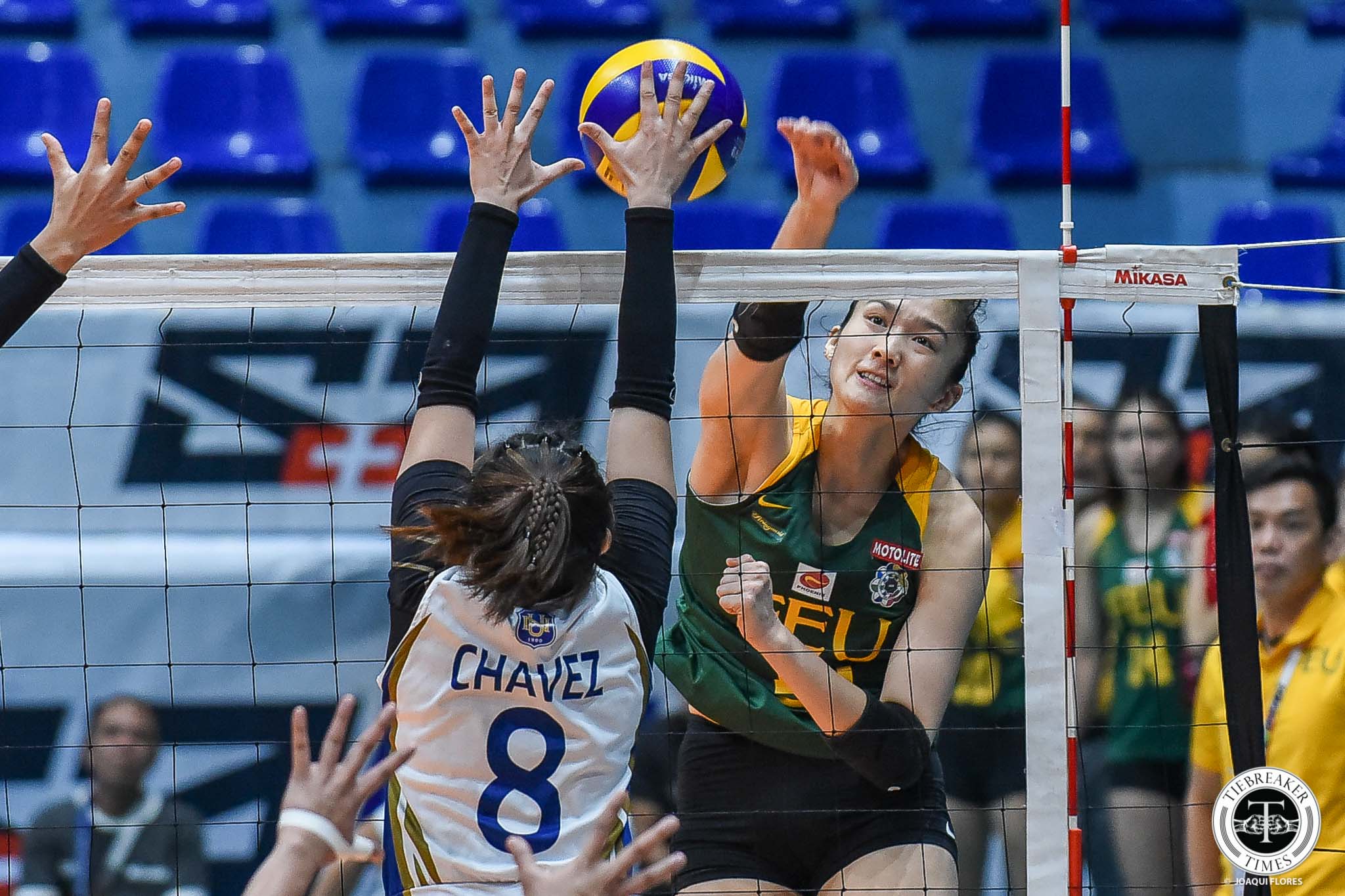 Not leaving anything to chance, the Far Eastern University Lady Tamaraws inched closer to an outright Final Four berth after outlasting the National University Lady Bulldogs, 25-21, 25-19, 25-22, at the FilOil Flying V Centre.

The Lady Tamaraws made a habit of giving up big leads. Up 12-5 in the first set, FEU allowed National U to come within one, 15-14, after a lackadaisical defensive effort. The Lady Tamaraws then recovered late, turning a slim 22-21 lead into a win with a 3-0 run.

FEU’s solid blocking and floor defense led to a 16-6 cushion in the second frame. NU again whittled away at the deficit; they found their stride after kills from Princess Robles and Ivy Lacsina put them three away from FEU, 22-19. Cza Carandang and Heather Guino-O then conspired for the set’s last three points, allowing FEU to escape.

Ahead 16-9 in the third set, FEU’s reception suddenly collapsed and opened the door for an 8-2 NU run. To cap the trend they established, FEU made one last late run, finding Guino-O and Kyle Negrito for the match’s last three points.

The Lady Tamaraws have won their first straight-sets match this season. Head coach George Pascua credited his team’s resiliency for the win.

For the first time this season, veteran Audrey Paran led the Lady Bulldogs with 11 points, while rookie dynamos Ivy Lacsina and Princess Robles were held to nine and seven points, respectively.