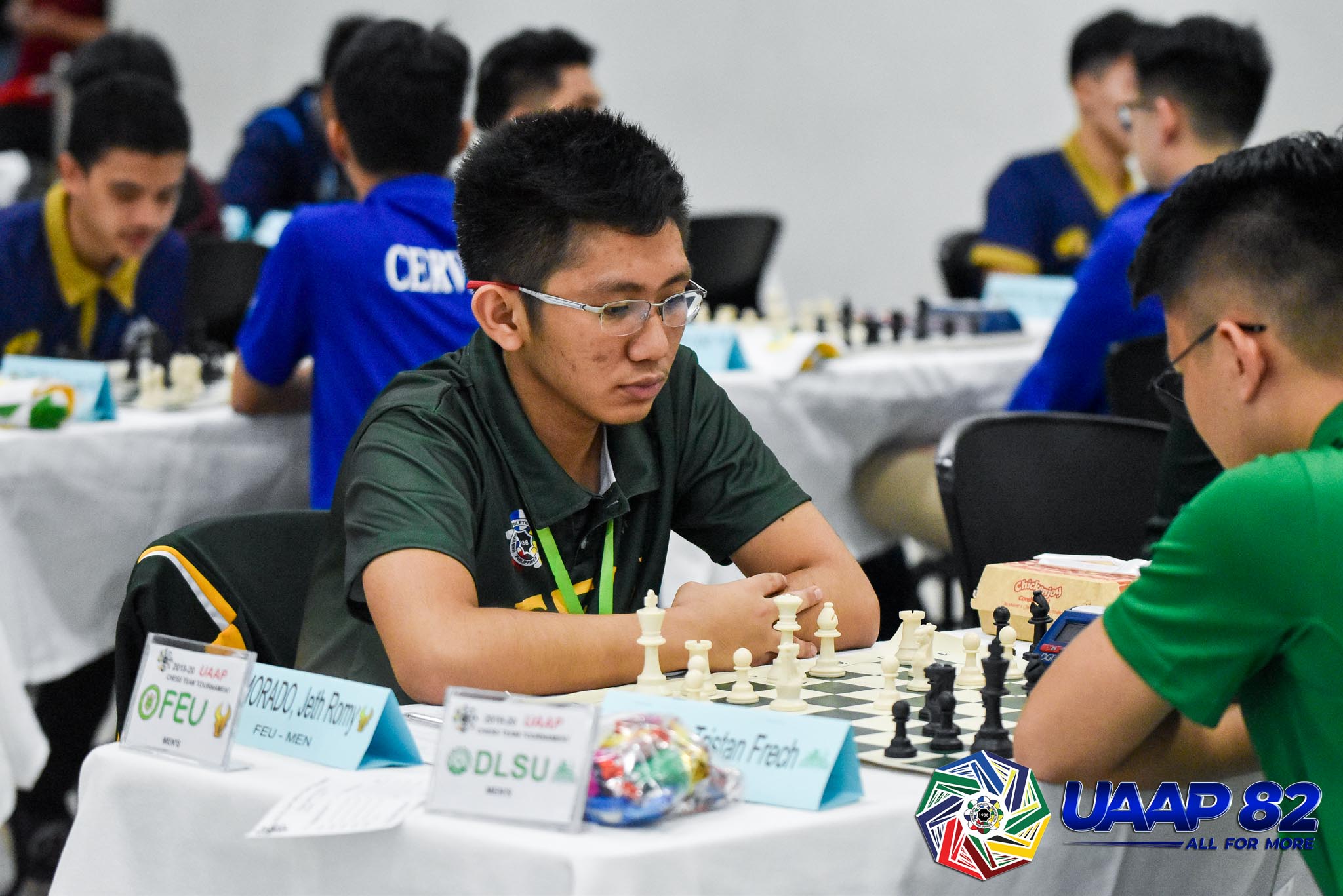 Far Eastern University whitewashed University of the Philippines, 4-0, to keep its lofty perch after six rounds in the men’s division of the UAAP Season 82 Men’s Chess tournament at the UST Quadricentennial Pavilion Sunday.

Reigning national juniors champion and World Juniors Championship-bound Jeth Romy Morado led the carnage with a win on top board while RK Sevillano, JM Jacutina, and John Jasper Laxamana followed suit with triumphs on the lower in helping hike the reigning champions’ total to 18 points.

The Morayta-based woodpushers are now four points atop the field that is headed by University of Santo Tomas, which turned back National University, 2.5-1.5, to stay at distant second with 14 points.

Julius Gonzales and Melito Ocsan, Jr. had hurdled both their opponents on the top two boards before Brylle Genver Vinluan wrapped it all up with a draw with King Alexander Reyes on board four.

Samson Lim III had a chance to make it a 3-1 win with a draw but he suffered a mental block out and forgot to claim the standoff via the “50-move captureless” rule and dropped a heartbreaking defeat instead to Jayson Danday on board three.

“I scolded him (Lim) because he should have not missed the draw. It happened with his teammate right beside him,” said UST coach International Master Ronald Dableo.

For FEU coach Jayson Gonzales, a Grandmaster, it is not yet time to celebrate.

“It’s too early, the first round is not even finished yet. We have to continue to work harder and stay more focused,” said Gonzales.