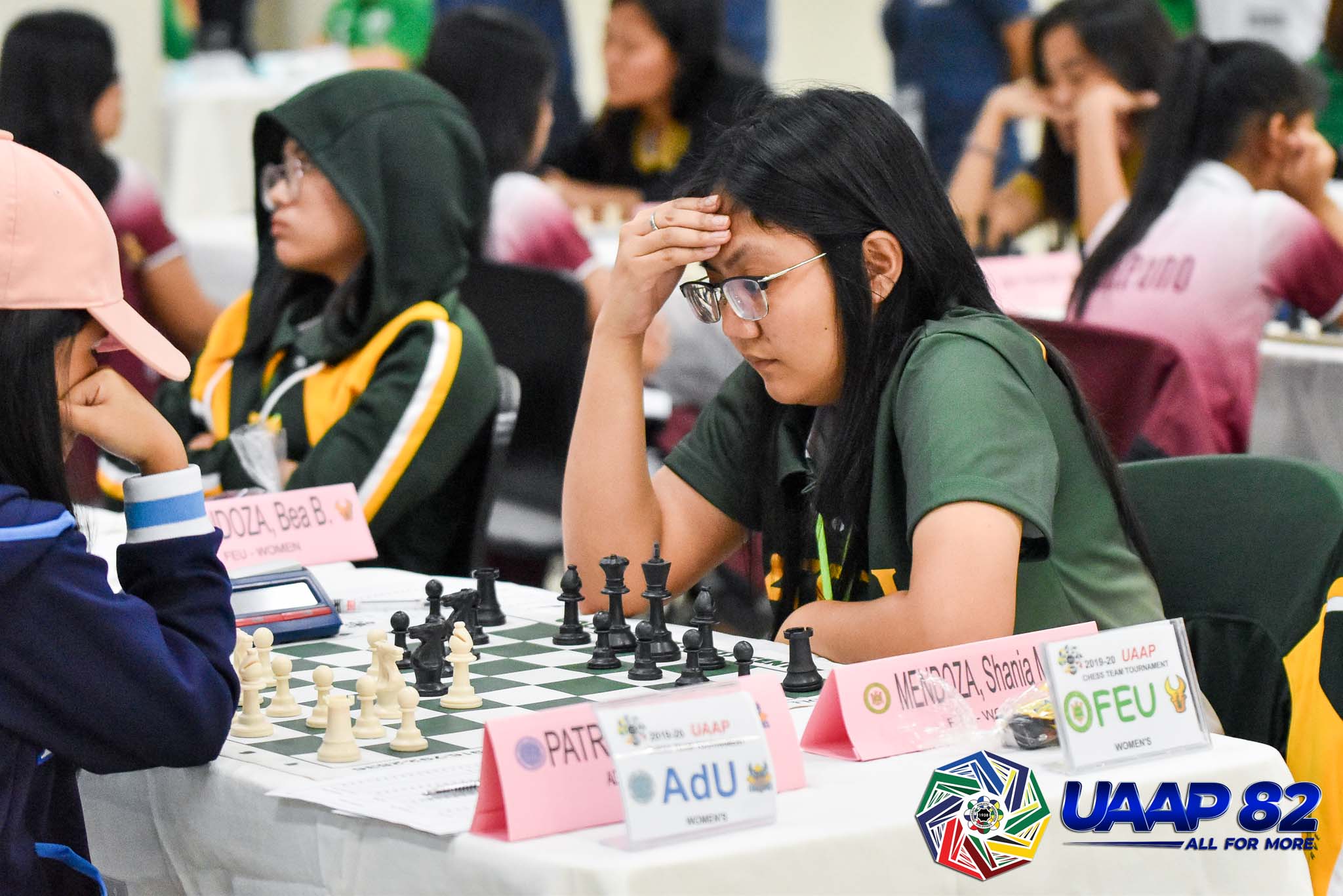 Far Eastern University fought defending champion La Salle to a 2-2 split to cling on to the solo lead after six rounds of the UAAP Season 82 Women’s Chess Tournament at the UST Quadricentennial Pavilion Sunday.

But the Lady Woodpushes came charging back with Ella Grace Moulic rallying her team with a gritty escape win over Bea Mendoza in 50 moves of a Caro-Kann duel on board three and Samantha Glo Revita halving the point with Marife dela Torre in 71 moves of a quiet Slav formation on board four that sealed the come-from-behind standoff.

After six rounds, FEU thus clamped their stranglehold of the lead with 18 points, or three points ahead of La Salle with 15.

Ateneo engaged National University in a dogfight before ending up with an entertaining 2-2 draw as all four boards ended in victories.

The only other game pitting Adamson and University of the East likewise wound up in a 2-2 result.