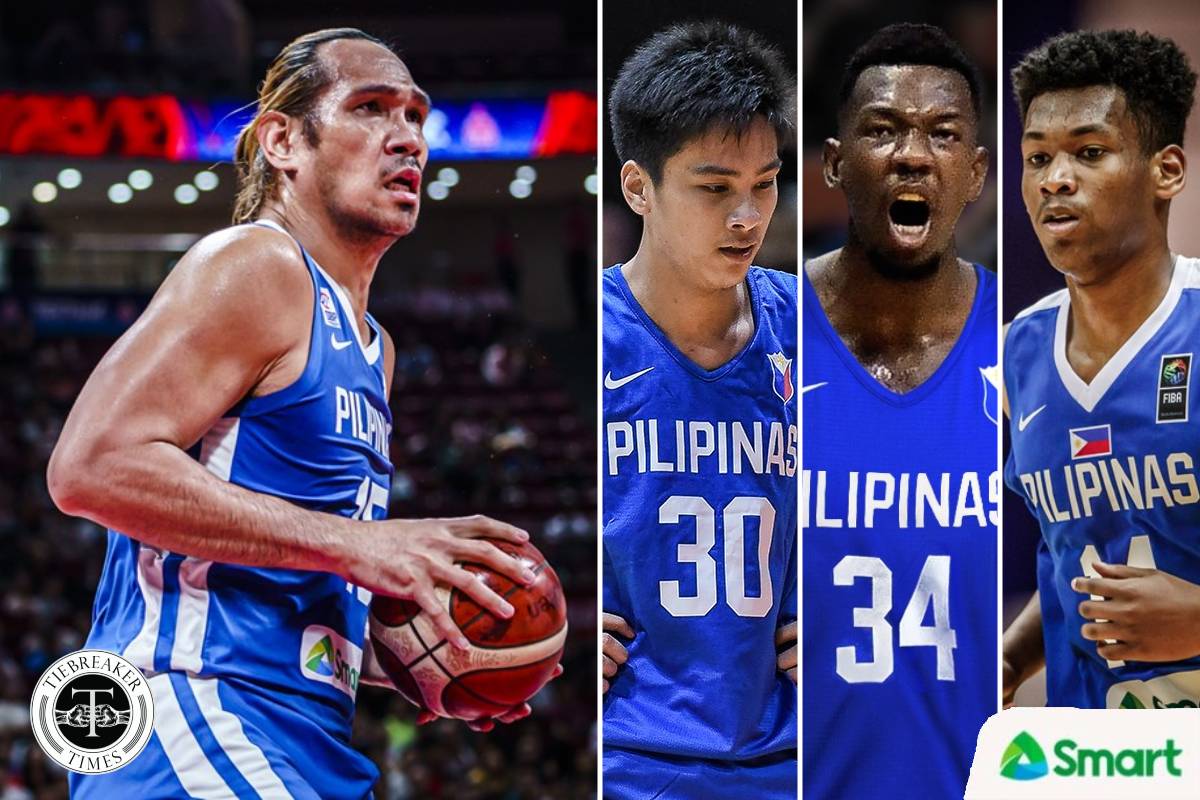 Veteran internationalist June Mar Fajardo believes that Gilas Pilipinas will have itself a formidable frontcourt for the 2023 FIBA World Cup, featuring youngsters that are touted to be the future pillars of Philippine basketball.

The reigning, six-time PBA Most Valuable Player is actually seen to be part of that big men crew together with Kai Sotto, AJ Edu, and the newly-naturalized Ange Kouame. But the ever-selfless cager only deferred to the troika.

Many are looking forward to how the three would develop come the prestigious cagefest to be co-hosted by the Philippines with Japan and Indonesia, and where they are at present shows that they are on the right track.

Sotto, 19, is currently in the country to rejoin Gilas for upcoming tournaments this month. But he is set to take his talents to Australia after signing with the Adelaide 36ers of the National Basketball League last April.

His Gilas Youth teammate Edu, on the other hand, is now healthy after being hounded by knee injuries in the last two years. The 6-foot-11 Fil-Cypriot now has his sights set on delivering the best he can for NCAA DI school Toledo.

Ultimately, Kouame is now the program’s third naturalized player next to Marcus Douthit and Andray Blatche. The Ateneo center, 23, is expected to make his debut in the 2021 FIBA Asia Cup Qualifiers’ third window on June 16-20.

But aside from the celebrated trio, other young bigs such as Carl Tamayo, Isaac Go, Justine Baltazar, Kemark Cariño, and Tzaddy Rangel, to name a few, are also projected to be part of the men’s team for many years to come.

Not to be forgotten, though, are the vets like Fajardo himself.

The San Miguel Beer star remains a valuable asset for Gilas, given his experience ever since becoming part of the program in 2013 when he was named to the final lineup for the FIBA Asia Championship in Manila.

Fajardo has played in the last two World Cups. First was in 2014 in Spain that marked the Philippines’ return to the meet after nearly four decades, and then in 2019 in China where Gilas, unfortunately, went winless in five games.

The decorated Cebuano is only 33 years old come the 2023 World Cup — the quadrennial meet takes place between August to September and he’ll turn 34 on November — meaning that he could still be in his prime by then.