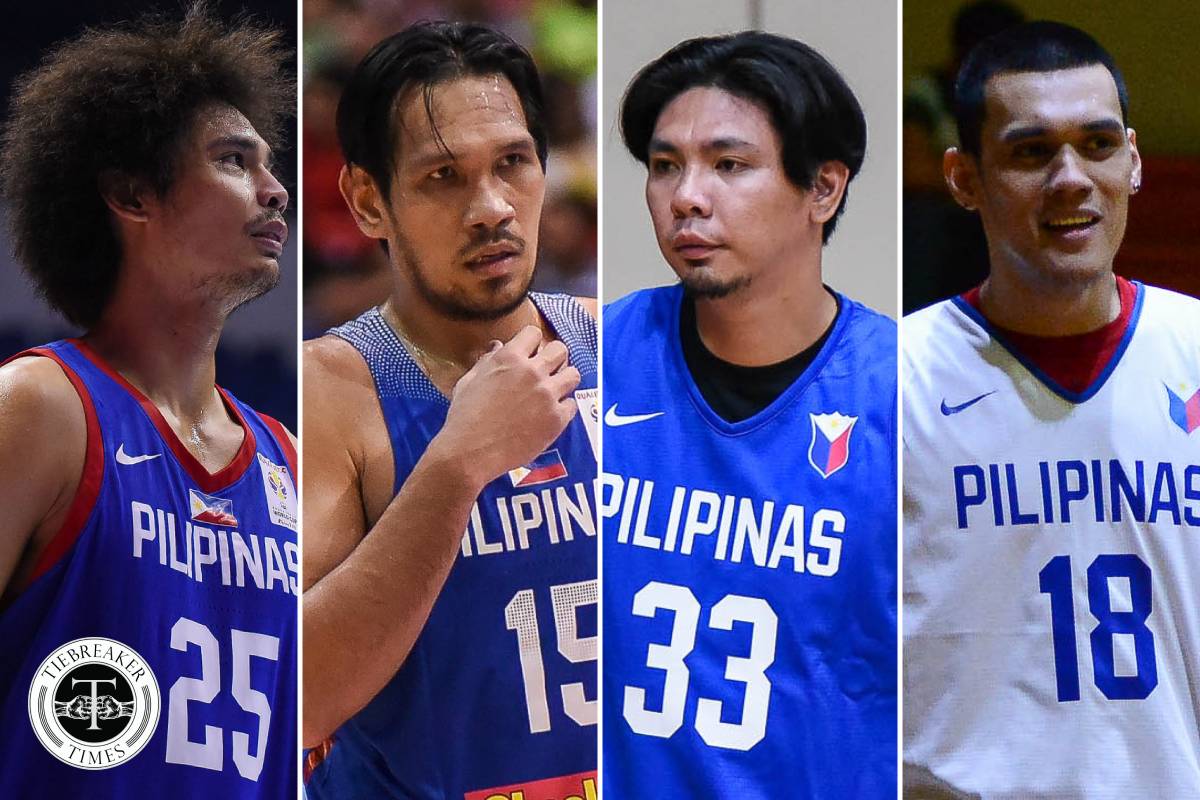 Twenty-four names were submitted by the Samahang Basketbol ng Pilipinas to the International Basketball Federation (FIBA) for its pool for the fourth window of the 2023 World Cup Asian Qualifiers.

Only three amateur players were called up to the squad, namely Carl Tamayo (UP), Kevin Quiambao (DLSU), and Francis Lopez (free agent).

The rest of the players came from the Philippine Basketball Association.

From the already-eliminated teams from the Philippine Cup, listed in the pool are Magnolia’s Jio Jalalon and Ian Sangalang; NLEX’s Kevin Alas and Calvin Oftana; Northport’s Robert Bolick and Jamie Malonzo; and Ginebra’s Japeth Aguilar, Scottie Thompson, and Arvin Tolentino.

The Beermen and the Bolts though will still figure in a win-or-go-home Game 7 on Wednesday.

On Monday, Alas, Oftana, and Malonzo were part of the team’s first practice while expected to arrive tonight are Jalalon, Sangalang, Aguilar, Thompson, and Tolentino.

Gilas will head to Beirut to face Lebanon on the 25th. They will host Saudi Arabia in Pasay City on the 29th.