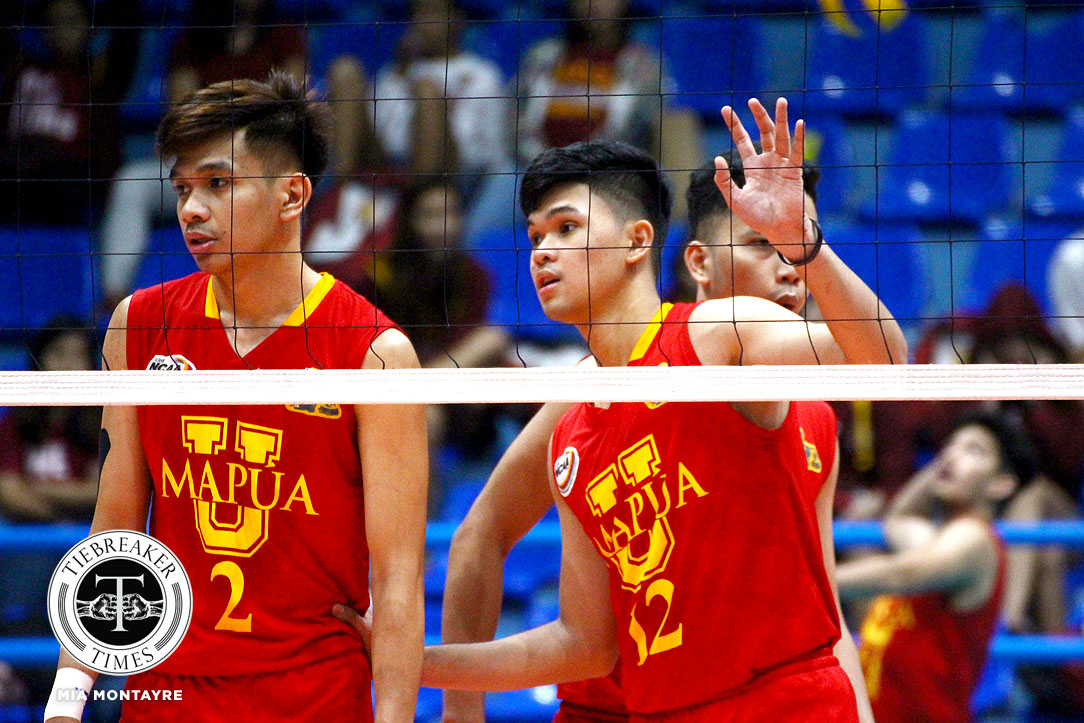 Outside hitter Mark Jason Egan posted 11 points to once more pace the Cards, but it was the breakout game of middle blocker Samyr Navera that stood out after little more than an hour.

The senior center registered 11 points off six blocks, three attacks, and two aces, reflecting how Mapua pulled off the win.

The Cardinals made good use of all the scoring skills in crucial portions of each of the sets, with that tight second set as prime example.

The now 4-2 Mapua will shoot for their third straight win when they face the winless Jose Rizal University (0-5) on Sunday. EAC will try to revive their dwindling semis hopes as they take on the Colegio de San Juan de Letran (0-5).