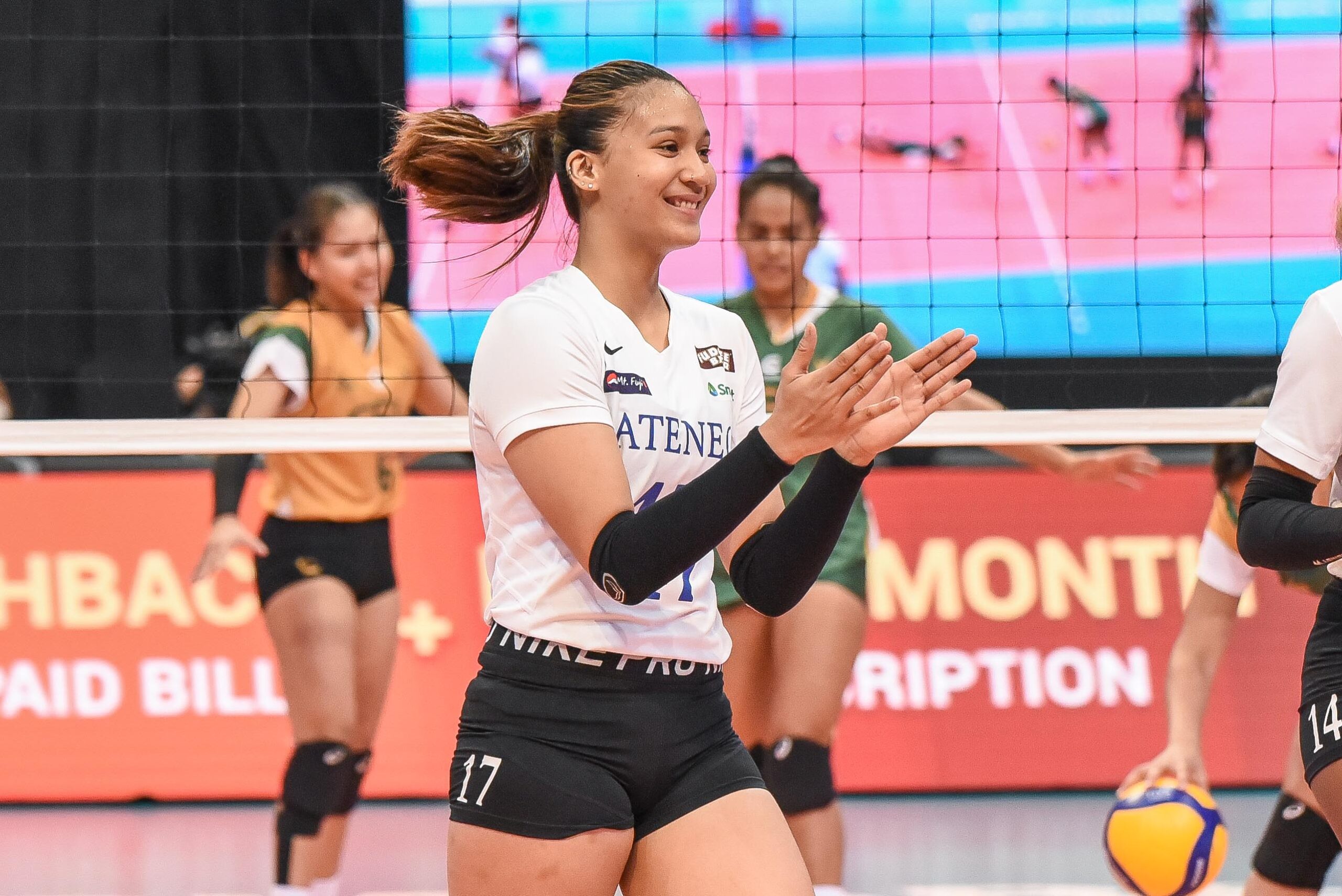 And no one could blame her.

A tight encounter in the first two sets of the match even saw them take the opening frame. But the Blue Eagles seemed lost in the third and fourth sets, and lost by as big as 15 points in the fourth set. 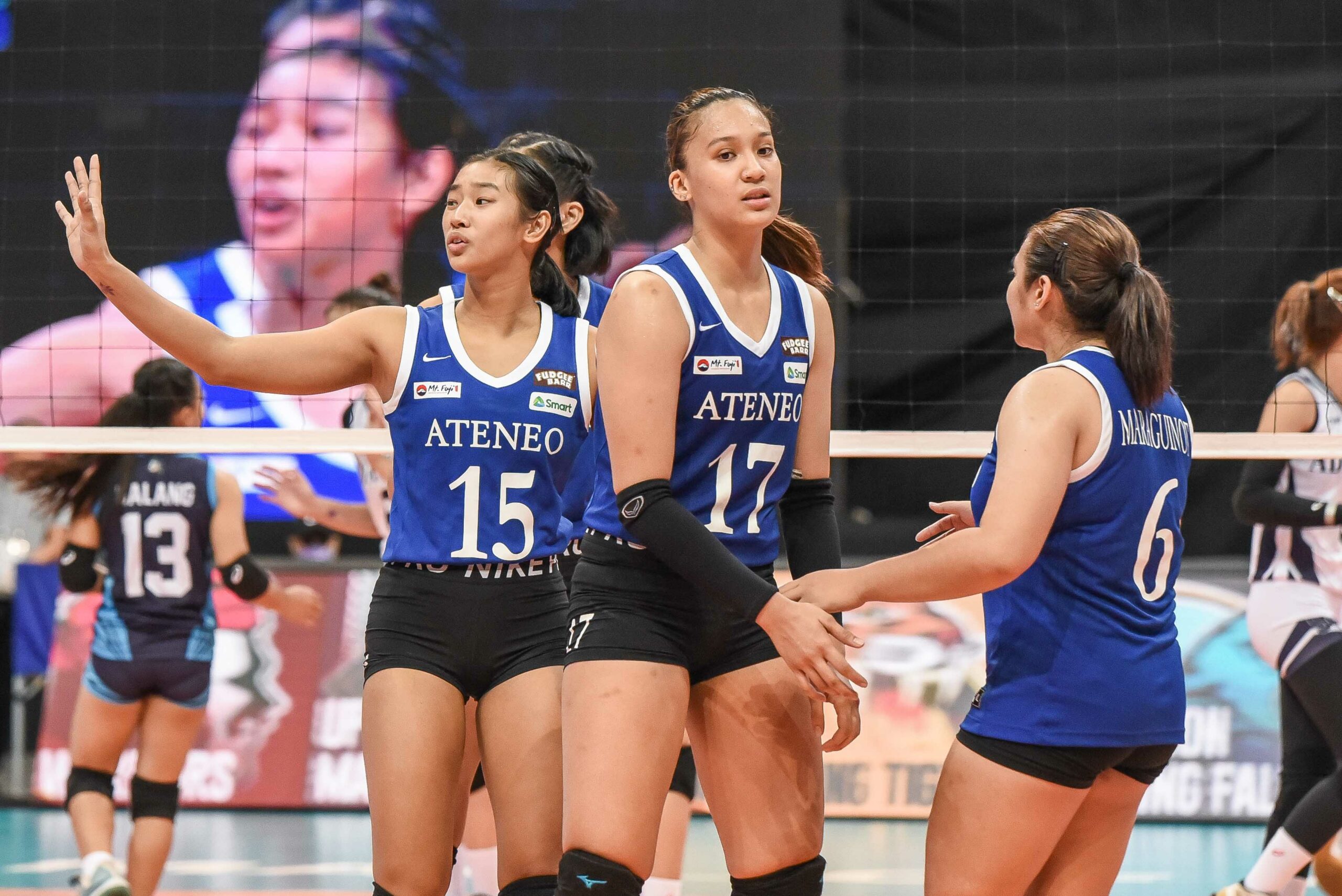 Nisperos finished with 16 points and 12 excellent receptions in that match. But even with that kind of performance, the 22-year-old product of National University felt that she let her team down. She felt that she could do more.

The former UAAP Girls’ Volleyball and Palarong Pambansa Most Valuable Player made sure to use that experience as her motivation coming into Ateneo’s match against FEU. 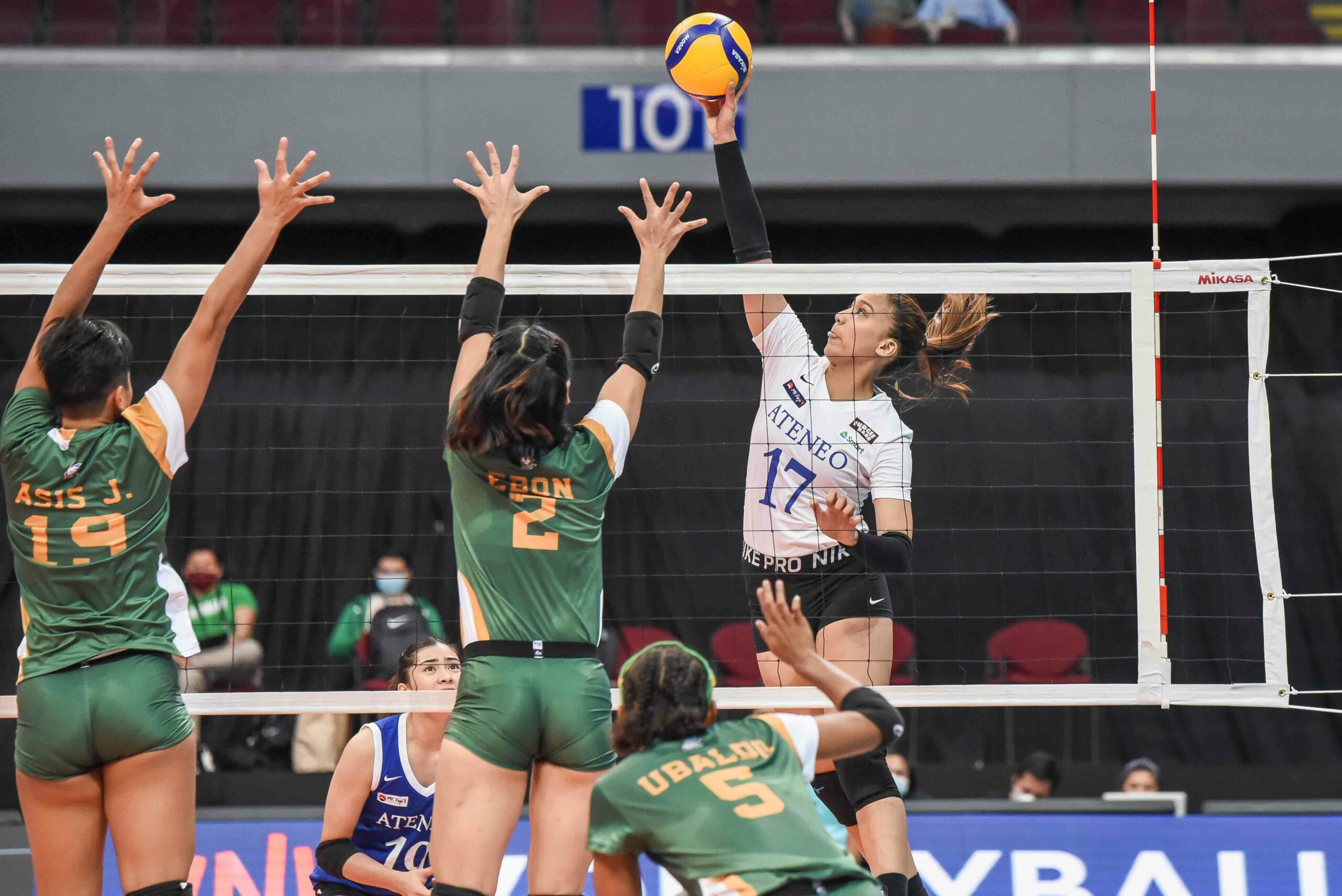 “After that Adamson game, having a bad game… Of course, naisip ko rin yung teammates ko on how I felt na I let them down,” said the 22-year-old Nisperos after the Blue Eagles’ breakthrough victory over Far Eastern University on Thursday afternoon.

Coming into the match against FEU, Nisperos also talked to her teammates to align their goals. She said that the team reminded each and everyone to stick to their roles, and put their focus on doing good rather than winning.

“Doing that, alam ko naging collective effort din yung… Just focusing on our roles and it contributed to the win,” said Nisperos, who played for the Philippine national team in the Asian Women’s Volleyball Championship last October.

“Going into the game, nag-usap-usap kami ng mga teammates ko na mindset lang namin is not too focus on winning but to do good muna. To do our roles muna. And it really [showed] today in our game and yun nakuha namin yung panalo,” she added.

Nisperos scored 14 points off 11 attacks, two aces, and a block to lead Ateneo to its first win after opening its season with consecutive losses against La Salle, National University, and Adamson, respectively.

The Blue Eagles will try to carry its momentum against the University of the Philippines on Saturday at 6:00 PM.