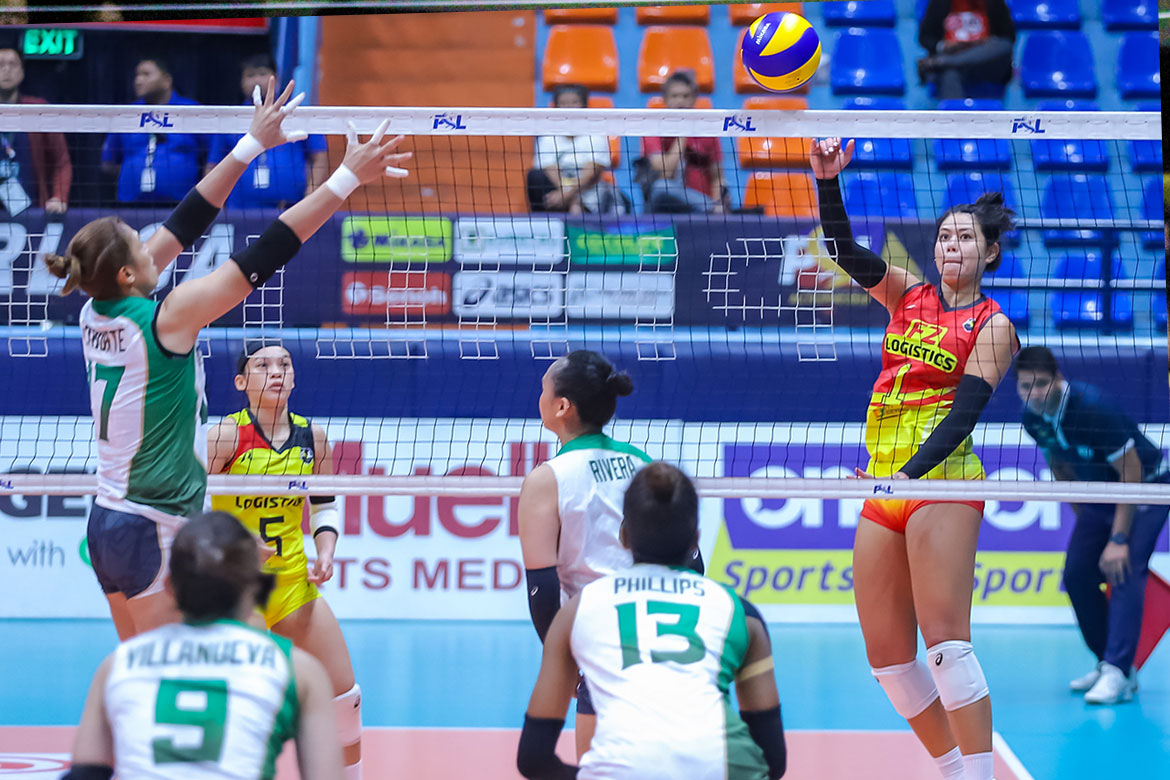 Riding the crest of an unbeaten streak, the F2 Logistics Cargo Movers ripped the Sta. Lucia Lady Realtors in straight sets, 25-22, 25-3, 25-12, in the 2019 PSL All-Filipino Conference at the FilOil Flying V Centre on Thursday.

The Cargo Movers have kept their record pristine with an 8-0 card. They also remain perched atop the standings ahead of the second-seeded Petron Blaze Spikers, who hold a 7-1 slate as of this writing.

After bagging the opening salvo, the F2 Logistics played with its usual overwhelming pace and erected insurmountable leads in the next two sets, including a 25-3 spread in the second frame — the largest cushion established in a set for the Cargo Movers this season so far.

Though the Cargo Movers ended the game via a sweep, they have to buck a sluggish start to kick their offense into gear.

Behind Roselle Baliton and a string of errors from F2 Logistics, the Lady Realtors mounted a six-point cushion and seemed to have the first set at hand, 21-15.

However, as Des Cheng came off the bench and provided the spark while Galang, Aby Maraño and Baron heated up, the Cargo Movers stormed back and snatched an early advantage.

F2 Logistics will try to quell the Foton next Thursday while Sta. Lucia looks to arrest its skid as it faces Cignal on Saturday. Both games will be played at the FilOil Arena.

Jessie Lopez, Vince Mangulabnan look to one up each other come Spikers’ Turf Finals