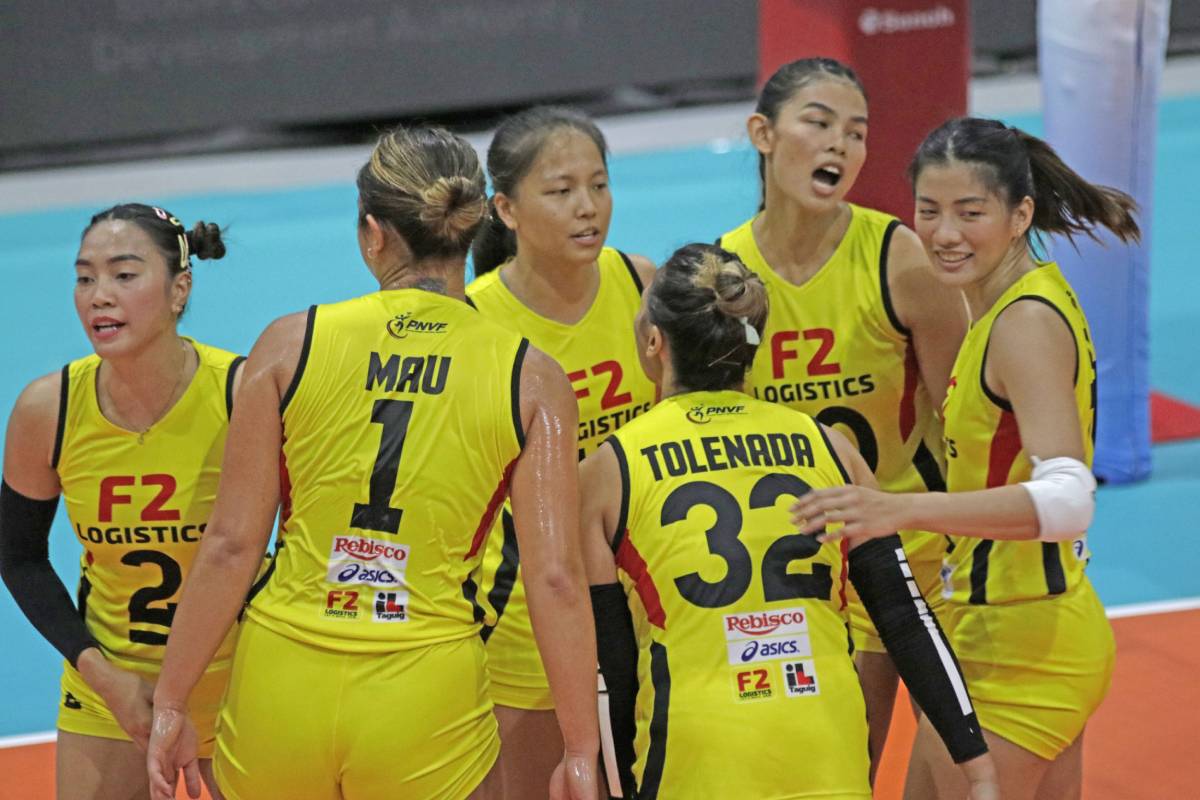 F2 Logistics flexed its might once more, dispatching Baguio via a 25-12, 25-10, 25-6 sweep on the second day of the Philippine National Volleyball Federation Champions League, Sunday at the Aquamarine Sports Complex in Lipa, Batangas.

With the victory, the Cargo Movers took the early lead in the standings with a 2-0 card.

After bagging the first two sets with ease, F2 Logistics stepped on the gas even harder in the third set.

The Cargo Movers went on a huge 14-0 run to start the third frame anchored by Rem Cailing’s five aces.

A service error from Rem Cailing halted F2’s run, but Majoy Baron’s quick followed by an attack error from Baguio placed the Cargo Movers ahead by 15, 16-1, in the second technical timeout.

The run sucked the life out of the Lady Highlanders, who only converted a single attack in the final set.

Baguio, who came off a three-set beating from Petro Gazz yesterday, suffered its second consecutive loss, dropping to a 0-2 standing.

F2 Logistics looks to continue its streak of dominance against Petro Gazz tomorrow at 4:00 PM while Baguio looks to enter the win column against Perlas earlier in the day at 10:00 AM.