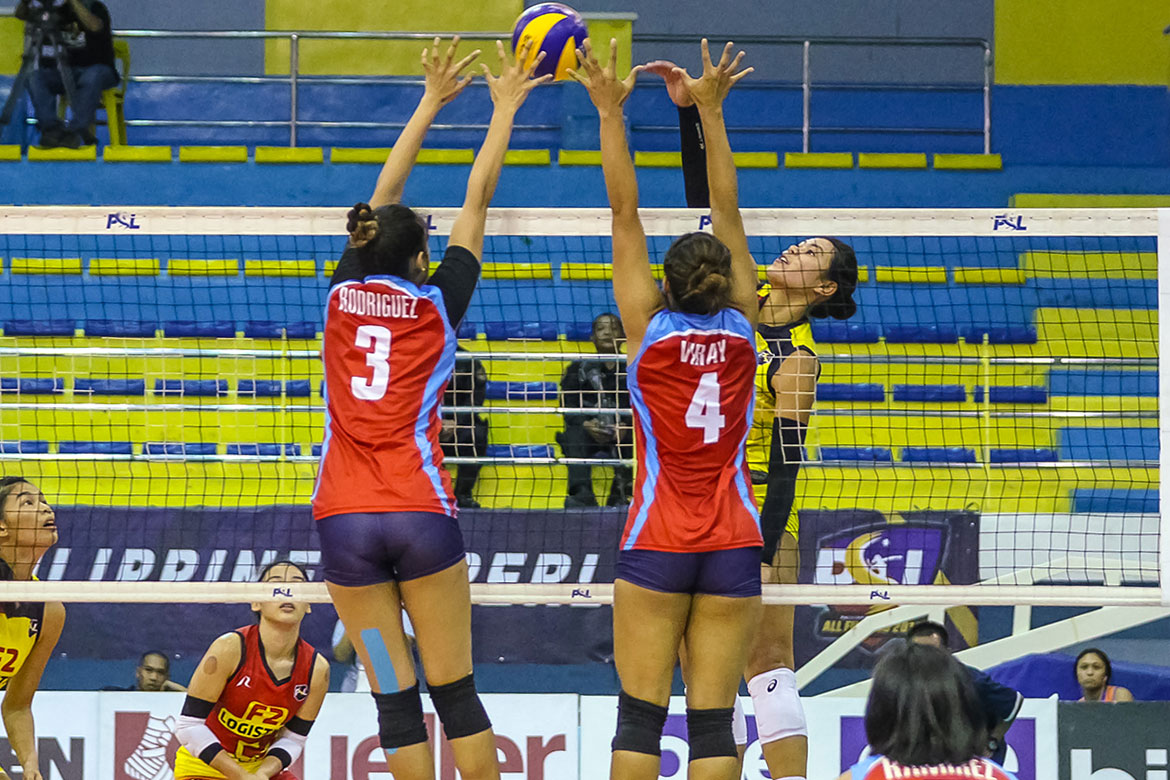 F2 Logistics Cargo Movers capped their first-round campaign in the 2019 PSL All Filipino Conference on a dominant note, Thursday afternoon.

Barely facing any resistance except in the third set, the Cargo Movers whitewashed the Marinerang Pilipina Lady Skippers in straight sets, 25-7, 25-9, 25-19, at the Muntinlupa Sports Center.

The victory kept the Cargo Movers’ record pristine as they remain perched atop the standings with a 7-0 card.

It was all F2 Logistics right from the get-go up until the second set. Mounting insurmountable leads behind their high-octane offense, the Cargo Movers also displayed their defensive wares, limiting Marinerang Pilipina below double figures in each of the said sets. That, however, came to a halt in the ensuing set.

While De Jesus shuffled his rotation in the third set and opted to field his second-stringers, the Lady Skippers heated up on offense, figuring in a nip-and-tuck affair with the league leaders.

Though Marinerang Pilipina kept it close at 17-all, Des Cheng and Mich Morente took turns in stifling the defense of the Lady Skippers for a slim lead – a two-point cushion that would eventually swell to six at 24-18 after a slew of errors from the newcomers. Chiara Permentilla provided the last point for Marinerang Pilipina, while Majoy Baron nailed the finishing blow.

Filipina-Hawaiian spiker Kalei Mau spearheaded for the Cargo Movers with 12 points built on 10 kills and two service aces to go along 12 excellent digs.

No Lady Skipper scored in double figures as Permentilla topped her team with nine points including 12 excellent digs and four excellent receptions for Marinerang Pilipina, which is still winless in six games.

F2 Logistics looks to abridge its winning momentum into the second round as the Cargo Movers take on Sta. Lucia next Thursday at the FilOil Flying V Centre. Marinerang Pilipina, meanwhile, will look to end the first round with a win against Cignal on Saturday at the Alonte Sports Center.