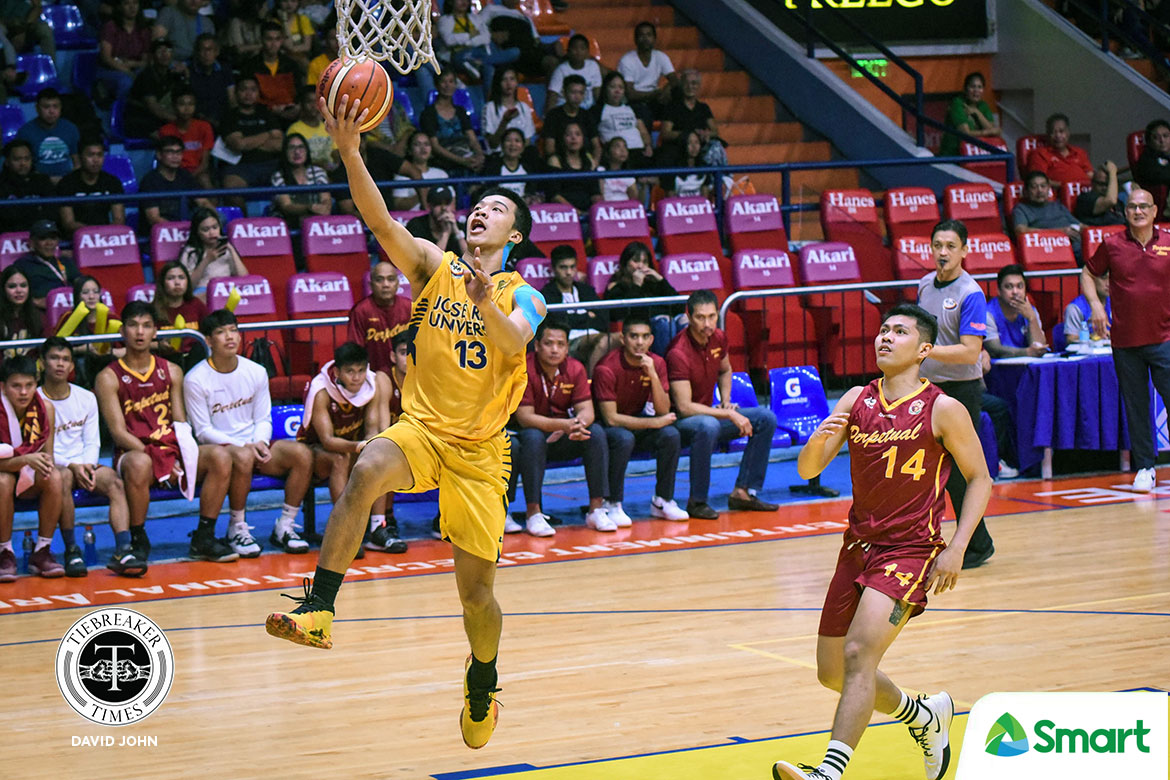 Coming off their conquest of Arellano, the Jose Rizal University Heavy Bombers rode their momentum, stunning the University of Perpetual Help System Dalta Altas in a wire-to-wire win, 71-66, Tuesday afternoon at the Filoil Flying V Centre.

JRU rose to 2-3 while dropping Perpetual to its third straight loss for a 1-3 slate in the NCAA Season 95 Seniors Basketball Tournament.

Behind John Amores and Marwin Dionisio, JRU had a strong start, leading by as much as 14 points.

“We are lucky to have players na matatapang,” shared Gonzalez.

Behind the quartet of Kim Aurin, Edgar Charcos, Tonton Peralta, and Jielo Razon, Perpetual stormed back, cutting the lead down to just three, 56-53, with 8:13 left.

The game though had a slight delay afterward as the shot clock malfunctioned.

JL Delos Santos and Ry Dela Rosa restored order in a 13-5 run to restore the lead back to 14 with 3:50 remaining.

Though Aurin tried to will Perpetual back, time was not of the essence.

Aurin paced Perpetual with 14 points on 6-of-7 shooting while Charcos and Peralta added 13 markers each.

JRU will have a tough task in its next outing when it faces the Lyceum Pirates on Friday, July 26 at 2:00 pm. Perpetual, on the other hand, looks to snap out of its skid when it squares off against Arellano on Tuesday, July 30.