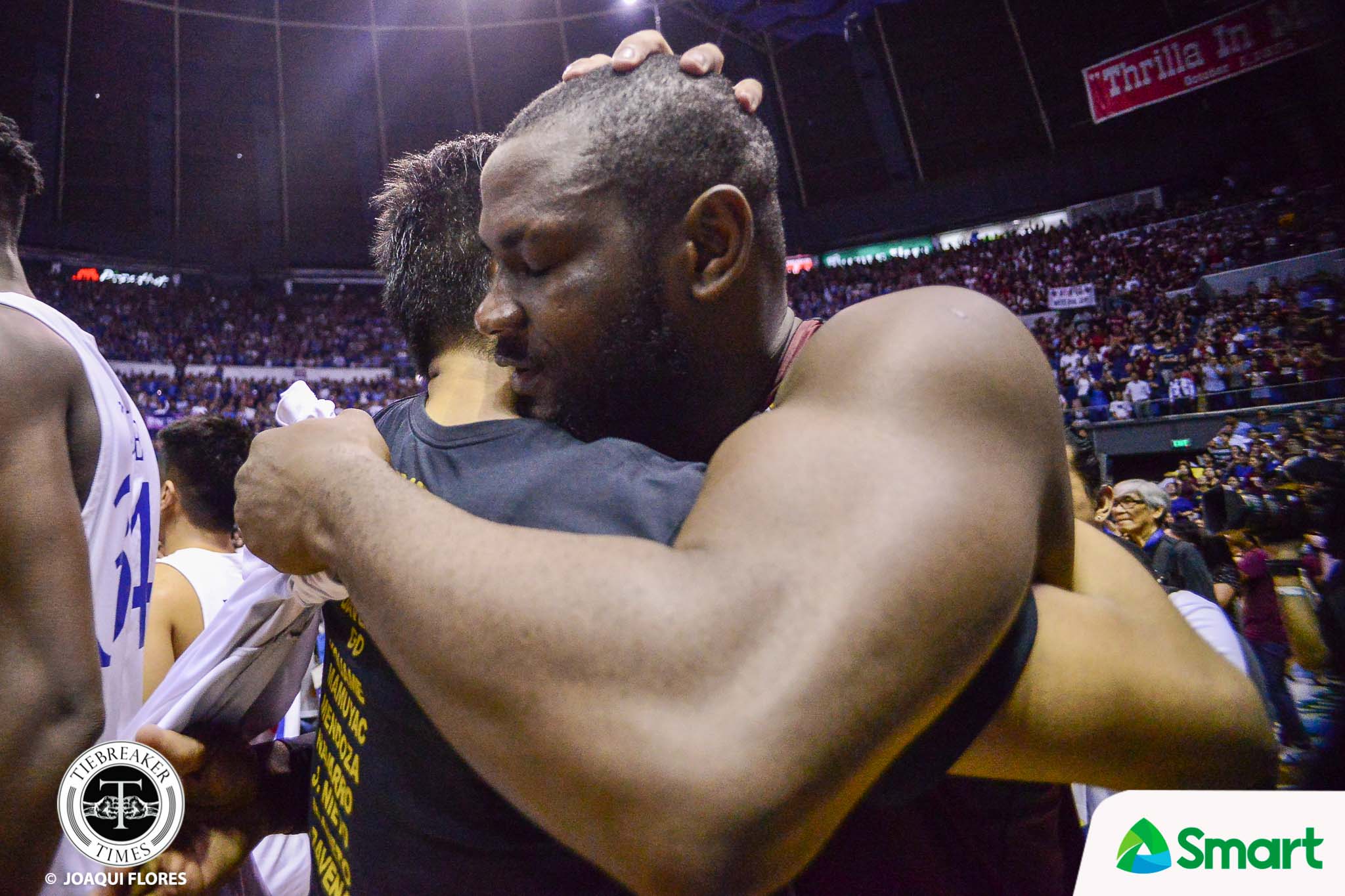 You can take away his knee brace, but you can never take away Bright Akhuetie’s huge heart for the University of the Philippines.

And it was full apparent in Wednesday’s tiff, when he was one knee brace away from being sidelined in the do-or-die Game Two.

Prior to the game, Akhuetie was in high spirits after he was adjudged the UAAP Season 81’s Most Valuable Player, only to be staggered by an almost game-suspending infraction after Ateneo de Manila University head coach Tab Baldwin pointed out the illegal knee brace that he wore to nurse his injury – the injury he sustained in Game One.

But instead of allowing a knee brace to rule him out from the decisive game, Akhuetie – with no shred of hesitation – took it right off. He walked back onto the court in a show of passion for the UP faithful and an expression of how he’s willing to leave it all on the court as a Fighting Maroon.

“Yeah. That would have been up to me, but I insisted. I just can’t stay out there and not play,” the 22-year-old Nigerian shared.

“You can tell that they were all happy. It’s been a while since the UP community were happy with our result,” the UP big man said.

“That’s why we have to keep our heads up. If they still cheered for us after a game like this, man! What else can we say than be proud of ourselves and what we achieved.”

Moreover, as vocal as he has been throughout the season, he did not shy away from expressing his thoughts on Baldwin and what seemed to be his hard-pressed conviction of ruling him out of the game. 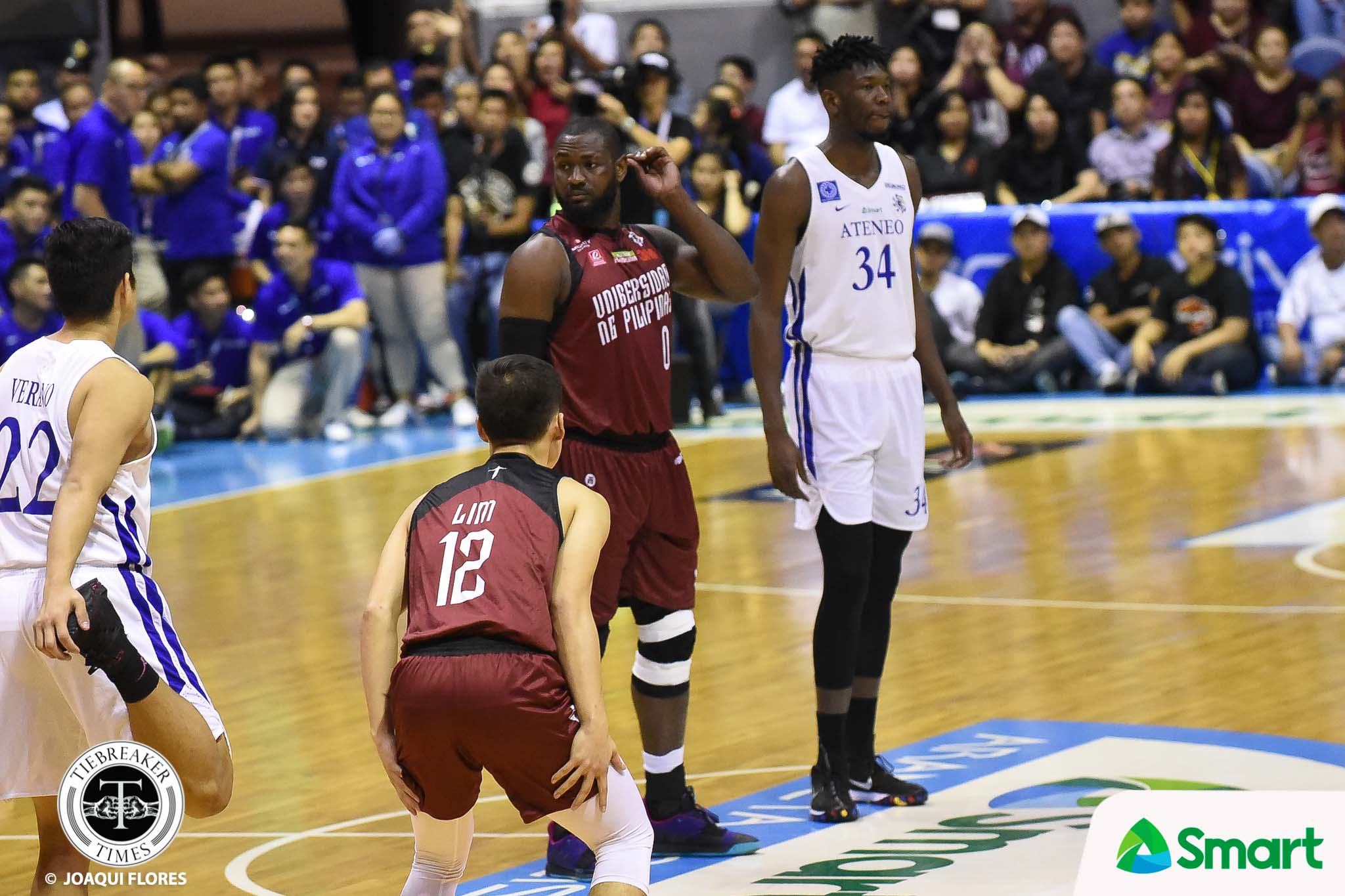 “I just felt that coach Tab didn’t want me to play! So I removed it to say yeah, whatever it is, I’m still going grind through it!” he confided. “What was in my head was, ‘Come on! I got injured by your player! The least you can do is let me wear that and play if it’s going to help me play.’

“But for him to still… Oh, whatever! I’ll just take it off and go through no matter what.”

Still, despite playing through pain, Akhuetie and the Fighting Maroons absorbed a series sweep at the hands of the Blue Eagles, capped by a 99-81 beatdown. But what made this loss more bitter was that Akhuetie could have stayed on the court and played with his comrades even longer.

As he put it, “I feel abused by basketball! Man, it really hurts but I tried. I wanted to stay out there and give what I could. Too bad it didn’t go our way.”

At the end of the day, Akhuetie could not help but look back on what UP has done this season as they blew past the expectations of the masses, and proved the critics wrong.

“Honestly, it felt great. Like what I’ve been saying, no one expected us to get at this level but we did. Yeah, we did great!,” the former Altas beamed. “We exceeded that! They never thought we were going to make it, especially with the way we started the season.

“But we made it to the Finals baby! What up! So, I say we did great. We just have to work harder to get that chip.”

Flu and injury could not stop Vic Manuel from playing

Angelo Kouame motivated by Bright Akhuetie: ‘He is like an older brother to me’